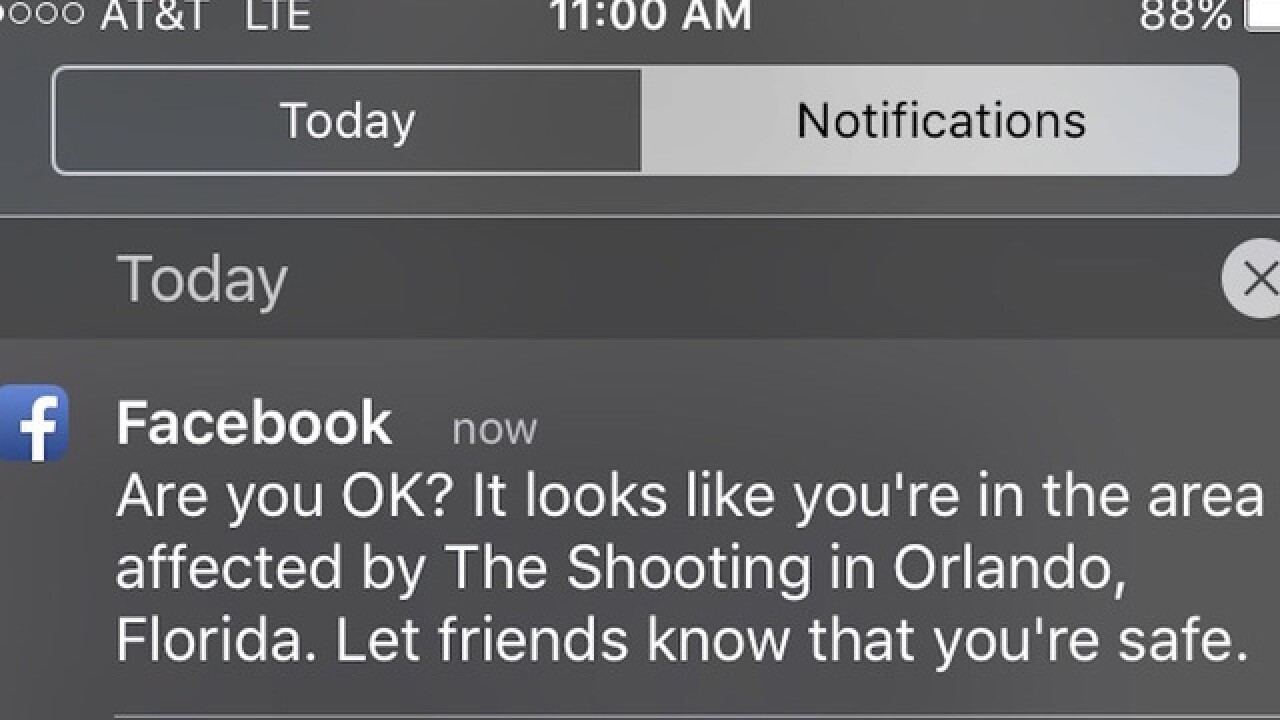 Orlando residents were sent a notification Sunday morning from Facebook asking its users to check in to reassure friends and family that they are safe following a mass shooting at an Orlando, Fla. nightclub.

The notifications were sent out shortly before 11 a.m. to area residents. Friends of a person marked safe are also sent a notification.

Sunday's incident marks the first time the check has been activated in the United States. Facebook's Safety Check feature has been used several dozen times international over the last two years. The checks were used during the Paris attack in November and April's wildfires in Alberta.

“Following the community-generated Safety Check activation this morning in Orlando, we have now activated Facebook-initiated Safety Check for a mass shooting at a nightclub there," a Facebook spokesperson said. "We hope the people in the area find the tool a helpful way to let their friends and family know they are okay."

As of late Sunday morning, 50 people were killed at the Pulse Nightclub near downtown Orlando.

You can check the status of friends in the area by clicking here.