FAA to test whether fliers can evacuate safely as people get bigger, seats get smaller 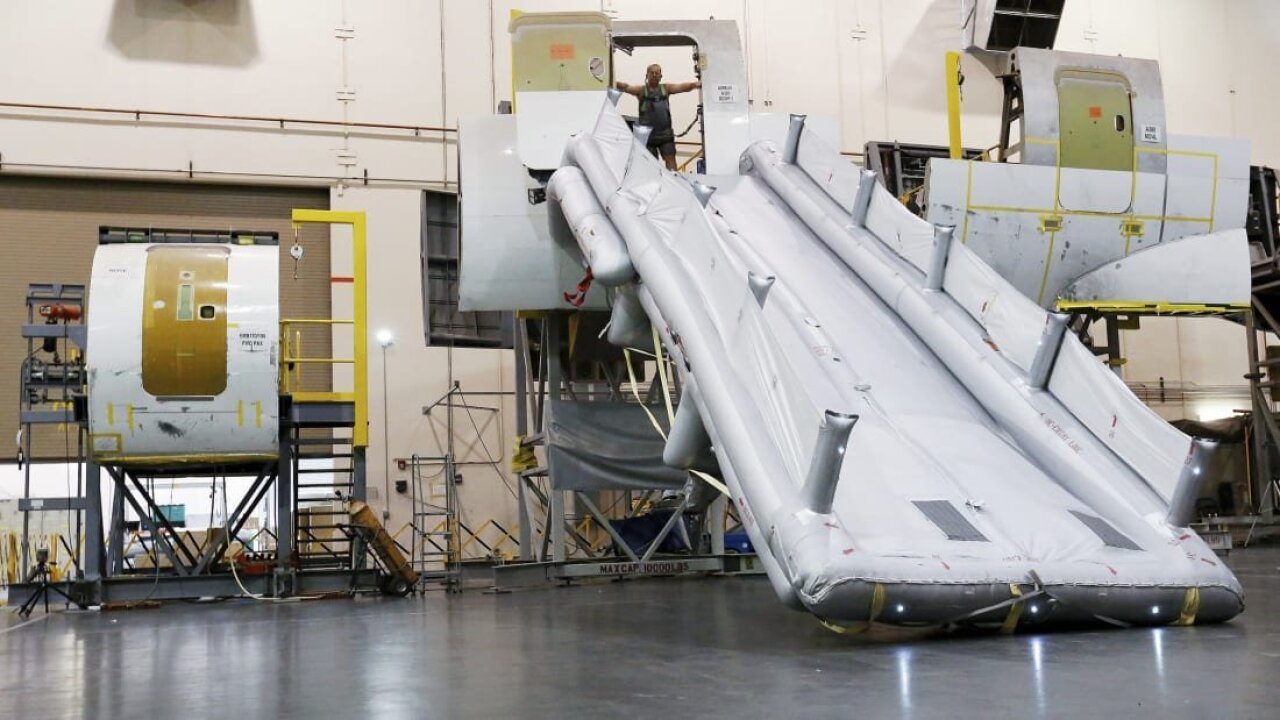 OKLAHOMA CITY, Okla. – The United States' Federal Aviation Administration will run tests in November to see whether plane evacuations can be conducted safely in an emergency, as lawmakers worry that seat configurations are too tight for modern passengers.

The 12-day series of tests, which will involve 720 volunteers, is scheduled to take place at the Civil Aerospace Medical Institute in Oklahoma City.

The tests will determine whether planes need new seat dimensions to improve passenger safety -- in line with the FAA Reauthorization Act of 2018, which requires the agency to set the minimum seat width, length and pitch.

"By the end of this year, the FAA plans to conclude evacuation testing to determine what, if any, regulatory changes are necessary to implement the requirement. The testing will take place ... using a cabin simulator that is capable of testing multiple configurations," the FAA said in a statement.

"It won't exactly surprise you to know I'm not a dainty guy ... there are a lot of not-so-dainty people," Mitchell told a hearing of the subcommittee on aviation.

"Seat size, dimensions between seats, exits -- I'm not sure that the models that are being used, to be honest with you, really reflect current air travelers. Certainly not in the United States or North America."

At the same hearing, Daniel Elwell, deputy FAA administrator, promised lawmakers that the FAA would undertake tests starting in November.

"We need to look into evacuation and make sure we have all the right assumptions to ensure in these instances folk can get out of airplanes in emergencies," Elwell said.

Under US law, a simulated evacuation of an aircraft with more than 44 passengers must be carried out within 90 seconds.

Peter Goelz, former managing director of the National Transportation Safety Board, the US government agency that investigates civil transportation accidents, said evacuations vary depending on whether or not the fuselage remains intact.

Citing the case of Asiana Airlines Flight 214, which crashed in 2013 with 307 people on board, Goelz told CNN: "It always struck me that most of the evacuations that take place are assisted because the planes break up -- people can walk out of the fuselage."

Three of the 291 passengers died when the flight from Seoul crashed in San Francisco and the fuselage broke.

"When the fuselage remains intact, it appears to be somewhat of a different situation," Goelz said. "And so I think this (FAA) test could have significant impact on the industry and should be watched carefully."