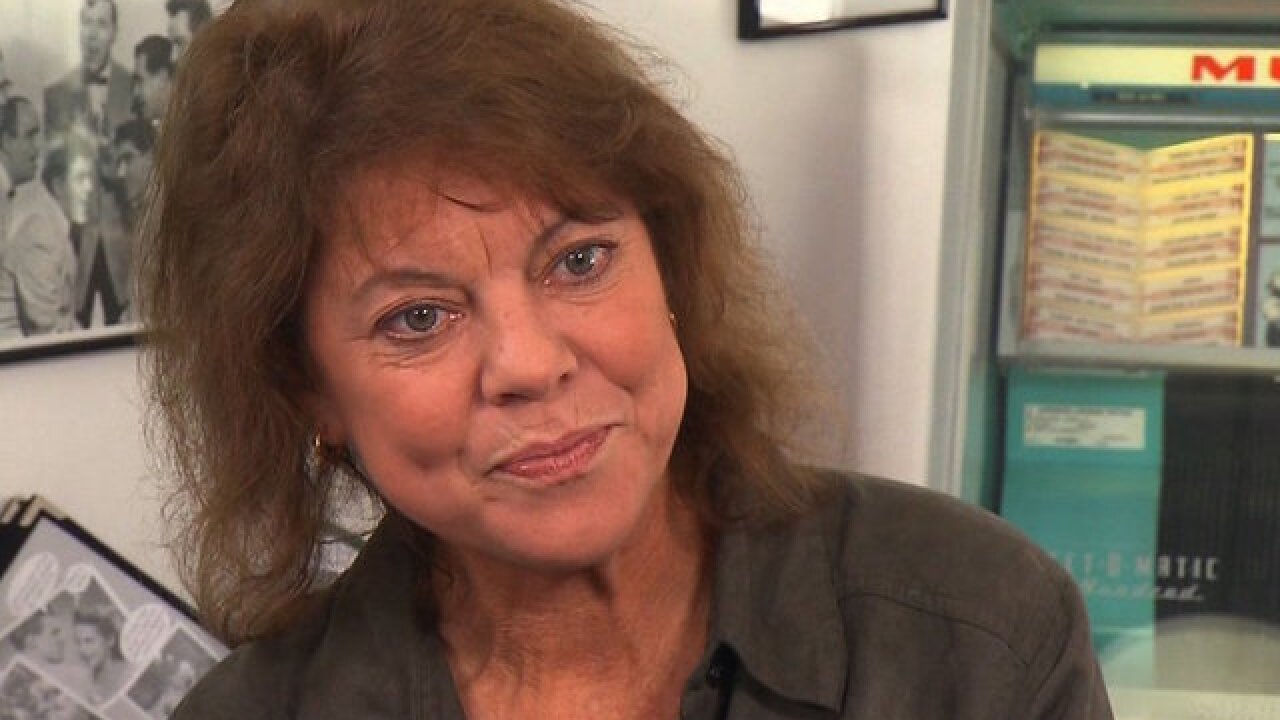 Copyright 2017 Scripps Media, Inc. All rights reserved. This material may not be published, broadcast, rewritten, or redistributed.
CNN
<p>Popular actress Erin Moran, a mainstay on TV from the late '60s to the mid-'80s and best known for her kid-sister role in the sitcom &quot;Happy Days,&quot; has died. Authorities in Indiana found her body Saturday afternoon after getting a 911 for &quot;an unresponsive female. She was 56.</p>

Popular actress Erin Moran, a mainstay on TV from the late '60s to the mid-'80s and best known for her kid-sister role in the sitcom "Happy Days," has died. She was 56.

Authorities in Indiana found her body Saturday afternoon after getting a 911 call at 4:07 p.m. for "an unresponsive female," the Harrison County Sheriff's Department said.

Later, the sheriff's department and medical examiner said she likely died from complications of Stage 4 cancer.

Moran was cast as Joanie Cunningham, the younger sister of Richie Cunningham, who was played by Ron Howard, a child actor who is now a famed director.

"Such sad sad news ... I'll always choose to remember you on our show making scenes better, getting laughs and lighting up TV screens," Howard wrote on Twitter.

The show aired from 1974 to 1984. It was set in 1950s Milwaukee and was a big hit with a catchy theme song and memorable characters such as The Fonz, played by Henry Winkler.

Moran played the same character in the early 1980s in "Joanie Loves Chachi," a short-lived spinoff with her "Happy Days" co-star Scott Baio continuing his role as Chachi Arcola.

Other "Happy Days" spinoffs were "Laverne & Shirley" and "Mork & Mindy."

More of Moran's co-stars -- Henry Winkler, who played Arthur "Fonzie" Fonzarelli; and Don Most, who played the goofball character Ralph Malph -- expressed their condolences on Twitter:

"OH Erin... now you will finally have the peace you wanted so badly here on earth," Winkler wrote.

"So incredibly sad to hear about Erin," Most wrote. "A wonderful, sweet, caring, talented woman. I can't really comprehend this right now."

One of Moran's close friends, Erin Murphy, who played Tabitha on the 1960s series "Bewitched" also took on Twitter after Moran's passing.

"So sad to share that my friend Erin Moran has passed away. Rest In Peace, sweet girl," Murphy wrote.

According to IMDb, Moran was born October 18, 1960, in Burbank, California, and her first professional acting gig was in a TV commercial.

She made regular appearances on the series "Daktari" in the late '60s and "The Love Boat" in the '80s. She made guest appearances on TV shows such as "The Waltons," "My Three Sons" and "Gunsmoke."

In 2012, Moran was one of the "Happy Days" actors who won money in a settlement with CBS over merchandising payments.

She had been the subject of tabloid reports that she and her husband were living in a trailer in Indiana since losing her home to foreclosure in California. While other cast members continued to act or direct, acting work dried up for Moran.

IMDb lists just five acting credits from 1998 until her last role in 2010.