Down by 1, deciding is hard for Supreme Court 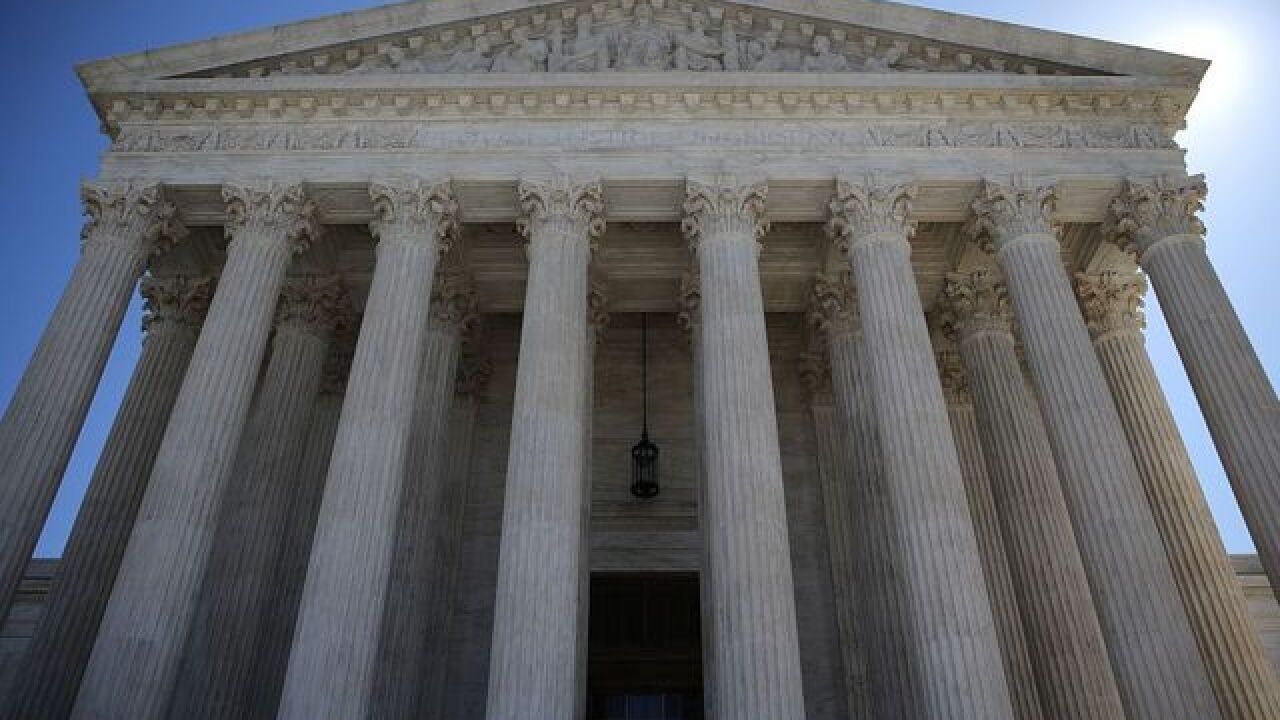 WASHINGTON (AP) — The eight Supreme Court justices say they'll take care of business until a new ninth justice joins them. Their actions say otherwise.
Monday's unsigned, unanimous decision returning a high-profile dispute over access to birth control to lower courts was the latest example of the ideologically split court's struggle to get its work done with an even number of justices since the death of Justice Antonin Scalia in February.
The decision averted a 4-4 tie, which would have left different rules in place in different parts of the country concerning the availability of cost-free birth control for women who work for faith-affiliated groups. But the outcome was itself inconclusive and suggested that the justices could not form a majority to issue a significant ruling that would have settled the issue the court took the case to resolve.
"The court expresses no view on the merits of the cases," the justices wrote, ending a major confrontation over Obama's health care law with a whimper. The matter almost certainly will not return to the Supreme Court before the 2016 presidential election, and perhaps not until a new justice is confirmed to take Scalia's seat, if at all.
President Barack Obama stated the obvious Monday in an interview with BuzzFeed. "I won't speculate as to why they punted, but my suspicion is if we had nine Supreme Court justices instead of eight, we might have had a different outcome," Obama said.
The justices took the case while the conservative Scalia was still alive and, based on his votes in earlier cases, he almost surely would have voted against the administration and in favor of the groups' religious freedom rights.
Indeed, in three earlier 4-4 splits, Scalia's absence prevented the court from reaching conservative outcomes, including last week's vote that spared an Alabama death-row inmate from execution. When the Supreme Court is tied, the decision by the lower court remains in effect, but no national precedent is set.
In other cases, the court has opted for narrow decisions that draw comfortable majorities, even if larger issues are left unresolved. In another case decided Monday, the court ruled 6-2 in favor of the Internet search firm Spokeo.com in a dispute with a Virginia man who complained Spokeo published false information about him. But the justices returned the case to the federal appeals court in San Francisco, where the man will have another chance to make his argument.
In another area, choosing cases to hear next term, the court also is proceeding with caution, opting against cases that seemed destined to produce liberal-conservative splits until there is a ninth and potentially tie-breaking vote.
Among the 31 cases the court has heard, but not yet resolved, the challenge to Obama's immigration actions is the highest-profile case with the potential for a 4-4 tie. Such a result would doom the administration's program to shield millions of immigrants from deportation and give them the right to work in the United States.
The justices have been careful to avoid taking sides in the partisan debate over whether the Senate should confirm Judge Merrick Garland, nominated by Obama to take Scalia's seat. Chief Justice John Roberts and Justices Samuel Alito, Stephen Breyer and Elena Kagan all have said the court would find its way, until the bench is once again full.
Only Justice Clarence Thomas has called the months since Scalia's death "a most difficult term." Thomas, though, addressing graduates at Michigan's Hillsdale College, might have been referring to the death of his close friend as well as to the state of the court.
Garland would presumably move the court in a more liberal direction on many issues, given that he would replace a conservative icon. That might be so even with Garland's reputation for moderation in nearly 20 years on the federal appeals court in Washington.
Senate Republicans have refused to hold a vote, or even a hearing, on Garland's nomination, saying the choice should be left to Obama's successor.
On the left and the right, reactions to Monday's outcome focused on the presidential election and the future of the court.
"The upcoming 2016 election could determine who sits next on this court. Access to reproductive health care and affordable birth control is on the line, and we need a court that respects women. Women simply can't and won't stay on the sidelines with this much at stake," said Cecile Richards, president of Planned Parenthood of America.
Carrie Severino, the chief counsel of the Judicial Crisis Network and an opponent of Garland's confirmation, said the decision "highlights the stakes for the next Supreme Court justice."
Associated Press 2016