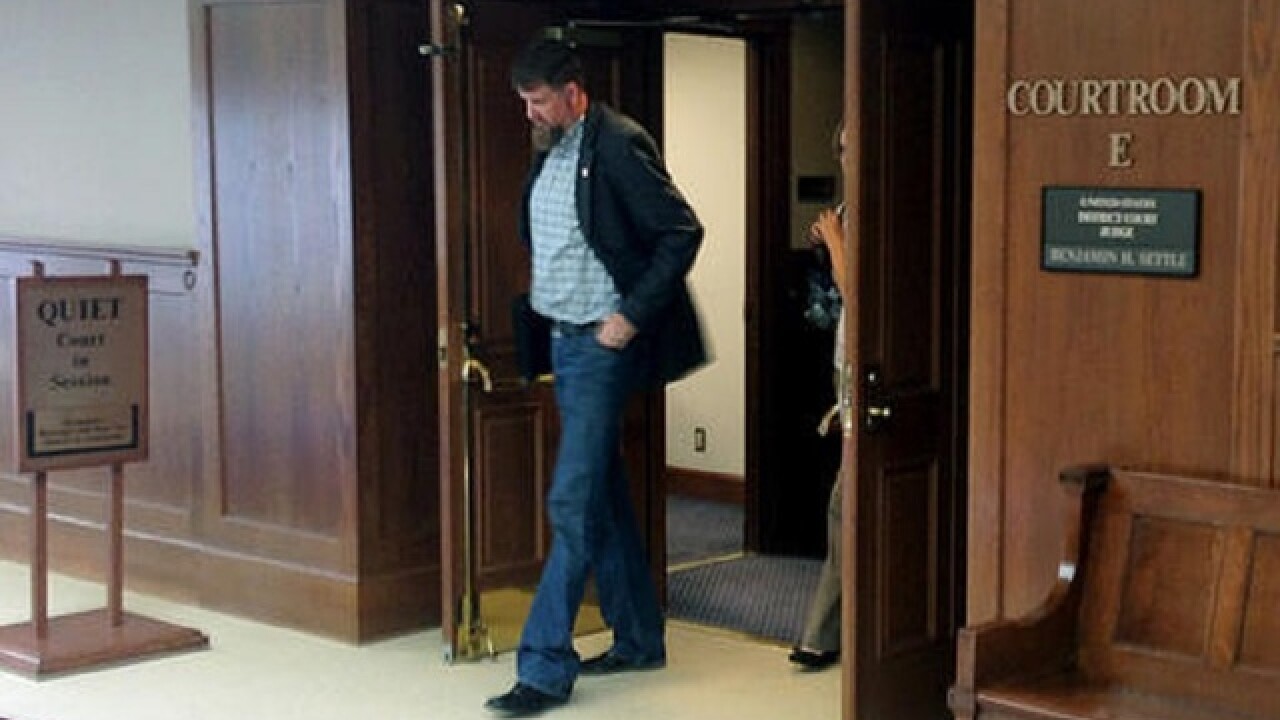 TACOMA, Wash. (AP) -- Federal prosecutors say a former soldier who lied his way to a Purple Heart by faking injuries from the Iraq War cheated Washington state and the federal government out of more than $750,000 -- about three times what investigators cited when they first charged him with fraud in 2014.
Darryl Wright, a former Idaho National Guardsman, appeared for sentencing Thursday in U.S. District Court in Tacoma, where Judge Benjamin Settle said he wanted to hear additional testimony about Wright's mental health before issuing punishment.
Prosecutors are seeking a five-year prison term, arguing that Wright falsified statements from fellow soldiers to obtain two awards -- a Combat Action Badge and the Purple Heart, reserved for those wounded in action â and then parlayed those medals into a wide range of disability and other benefits, including forgiveness of more than $40,000 in student loans.
In applications for benefits, Wright claimed to be so severely disabled that he could only focus his attention for five to 10 seconds, and he said he needed a live-in caregiver. In reality, he served as chairman of the planning commission in Snoqualmie, a city east of Seattle where he lives; coached high school basketball; and had held a full-time federal government job in Seattle.
"Darryl Lee Wright built an entire myth system on these two awards, relying on them to obtain every possible benefit that might be available to a wounded veteran," assistant U.S. attorneys David Reese Jennings and Gregory Gruber wrote in a sentencing memo. "Every time he won or qualified for a benefit, Darryl Lee Wright used the new benefit to bolster his claims for yet another undeserved benefit."
In addition, they argued that he obstructed justice when he accused a co-worker in the U.S. Commerce Department of violating his privacy after she discovered and reported that he submitted fabricated National Guard orders in an effort to be paid for a week of skipped work.
The Commerce Department repeatedly tried to punish the whistleblower, Cristina Jackson, who wound up having to hire an employment lawyer to fight off the discipline. The department still has not publicly acknowledged her role in helping uncover Wright's fraud, though Jennings told The Associated Press her actions were "critical to uncovering the truth."
Wright pleaded guilty to two counts of fraud early this year. His attorney, Christopher Black, filed his sentencing recommendation under seal, saying it contained sensitive personal information.
Other defense filings suggest that Wright continues to suffer PTSD from his deployment â even if he did exaggerate the circumstances of a rocket attack in which he claimed to have been injured. Black said he is seeking a sentence of one year, and that Wright was entitled to most of the benefits he received.
The rocket attack cited by Wright occurred in Kirkuk, Iraq, on Aug. 30, 2005. Then a first lieutenant with the Idaho National Guard, he was near a battalion headquarters building when two rockets landed about 100 yards away. Initial reports filed by him and by others in his unit referenced no casualties.
"As far as anyone on our team getting hurt, no, that didn't happen," then-Capt. Mark Moeckli told the AP earlier this year.
But in 2010, Wright successfully applied for a Purple Heart. In his paperwork, he claimed he "was violently thrown and knocked unconscious from the percussion of the rockets' impact."
Wright also claimed Social Security disability benefits, insisting he was frequently bedridden. The VA paid his sister to be his live-in caregiver, though investigators said she performed no such service. By May 2013, the siblings were bringing in benefits totaling $10,000 a month, prosecutors said. The sister later pleaded guilty to related charges.
"Darryl Wright has engaged in a long-lasting, persistent, epic offense," the prosecutors wrote. "He sullied the reputations of people, institutions, and agencies. Worst of all, he hurt the heroes who fully deserve recognition, respect, and honor."
Much of Thursday's hearing focused on how much restitution Wright should be ordered to pay, but the judge indicated another issue needed exploration: that a mental health expert hired by the defense had suggested that Wright suffers from a condition in which he concocts his own reality and believes it is acceptable to lie or falsify documents to match that reality.
Jennings said he was concerned because that sounded much like an insanity defense, where the defendant is incapable of distinguishing between right and wrong. The judge agreed, saying it could call into question the validity of Wright's guilty plea.
Maj. T. Scott Burch, an Army psychologist who examined Wright in 2012, disagreed with the defense expert's finding. Burch testified that Wright had a history of exaggerating or minimizing his symptoms based on what he stood to gain. He presented as psychologically healthy during an exam for a security clearance, but he showed severe PTSD-related symptoms when it might lead to financial benefits or a reduction in work responsibilities, Burch said.
Prosecutors said Wright's Purple Heart has not been rescinded.
Copyright 2016 The Associated Press. All rights reserved. This material may not be published, broadcast, rewritten or redistributed.