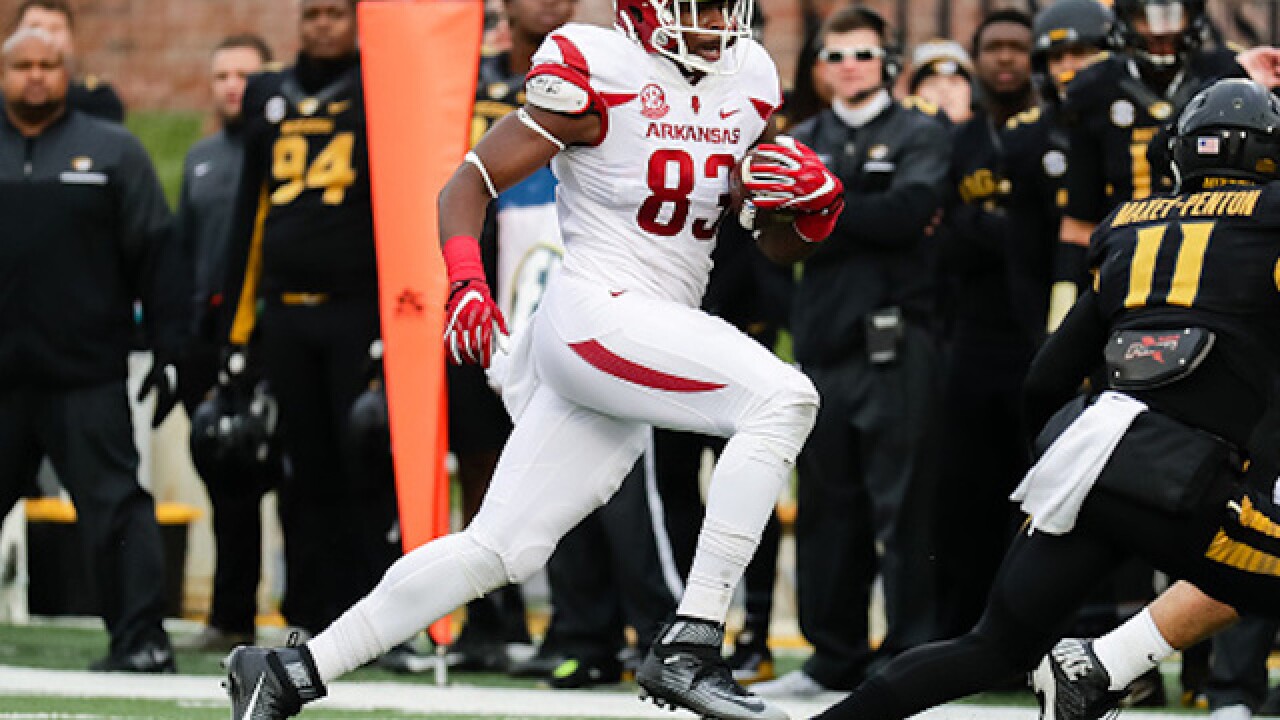 Copyright Getty Images
Tim Spyers/Icon Sportswire
<p>COLUMBIA, MO - NOVEMBER 25: Arkansas Razorbacks tight end Jeremy Sprinkle (83) makes a run after the catch during the first half of a NCAA Football game between the Arkansas Razorbacks and the Missouri Tigers on November 25, 2016, at Memorial Stadium at Faurot Field in Columbia, MO. (Photo by Tim Spyers/Icon Sportswire)</p>

A college football player was suspended from his final game with the Arkansas Razorbacks on Thursday after he was accused of shoplifting from a Belk department store earlier this week.

According to WSOC-TV, senior tight end Jeremy Sprinkle was accused of stealing from the department store despite receiving a $450 gift card for participating in the Belk Bowl. The department store is the sponsor for the annual college football game. Police told WSOC that he stole approximately $260 worth of merchandise.

He was charged on Tuesday for shoplifting by Charlotte Mecklenburg Police.

"Throughout his career and this season as a graduate student-athlete, Jeremy has displayed numerous times the qualities we want to represent our program," coach Bret Bielema said in a statement. "We have standards within our family that must be upheld on a daily basis and unfortunately he failed to do that in the last week. Jeremy's suspension isn't drug, alcohol or violence related but one that will cause him to miss his final game as a Razorback."

According to CBS Sports, Sprinkle is projected to be a late-round NFL draft pick in April.

Sprinkle's Razorbacks lost in the Belk Bowl 35-24 against Virginia Tech on Thursday evening.