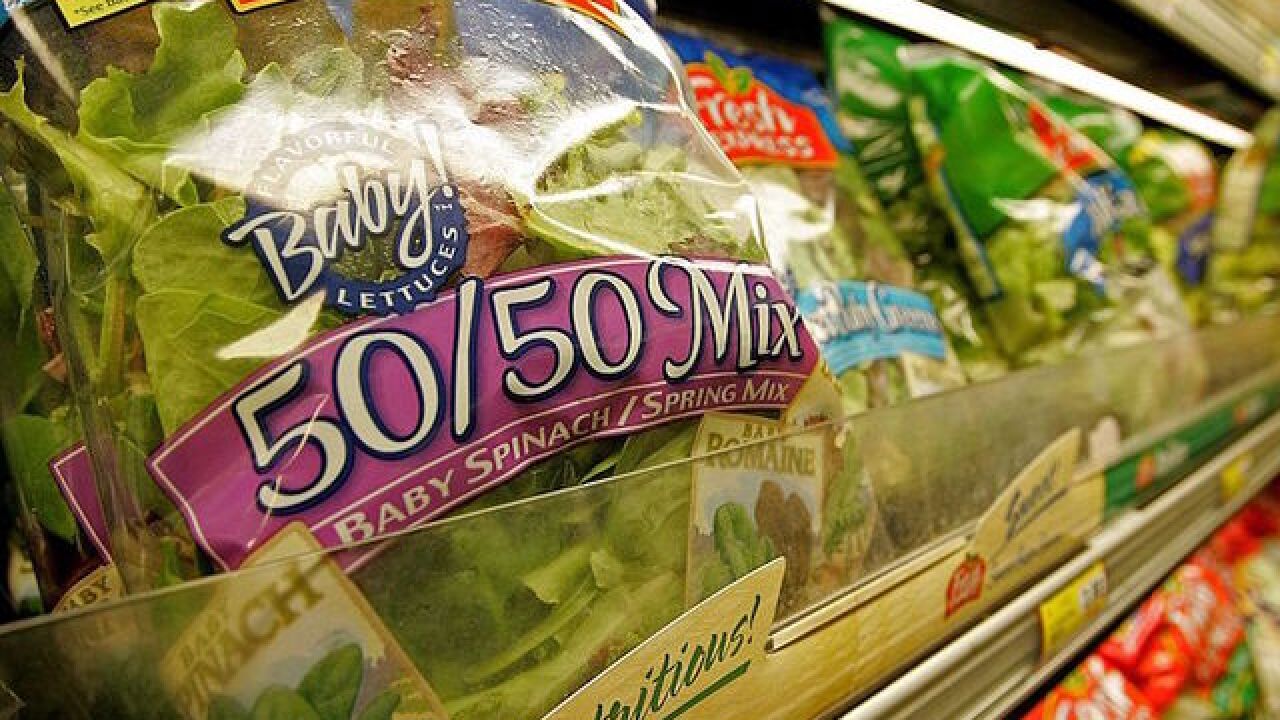 The Centers for Disease Control and Prevention said it is investigating how a bat found its way into prepared salad mix sold at a Florida grocery store.

According to the CDC, two people reported eating some of the salad before the bat was found. Because of the deteriorated condition of the bat, the CDC could not say whether the bat had rabies.

In connection to the reported incident, Fresh Express issued a recall on cases of Organic Marketside Spring Mix. The salads were sold in Walmart locations in a clear container with production code G089B19 and best-if-used-by date of APR 14, 2017.

The CDC said that anyone who had consumed the salad without finding any animal material are not at risk of becoming infected.

Unsold packages of the product were disposed of.

"Transmission of rabies by eating a rabid animal is extremely uncommon, and the virus does not survive very long outside of the infected animal," the CDC said in a statement. "CDC is supporting Florida local and state health officials in evaluating the people who found the bat in the salad.

"In this circumstance, the risk of rabies transmission is considered to be very low, but because it isn’t zero, the two people who ate salad from the package that contained the bat were recommended to begin post-exposure rabies treatment. Both people report being in good health and neither has any signs of rabies. CDC is not aware of any other reports of bat material found in packaged salads."