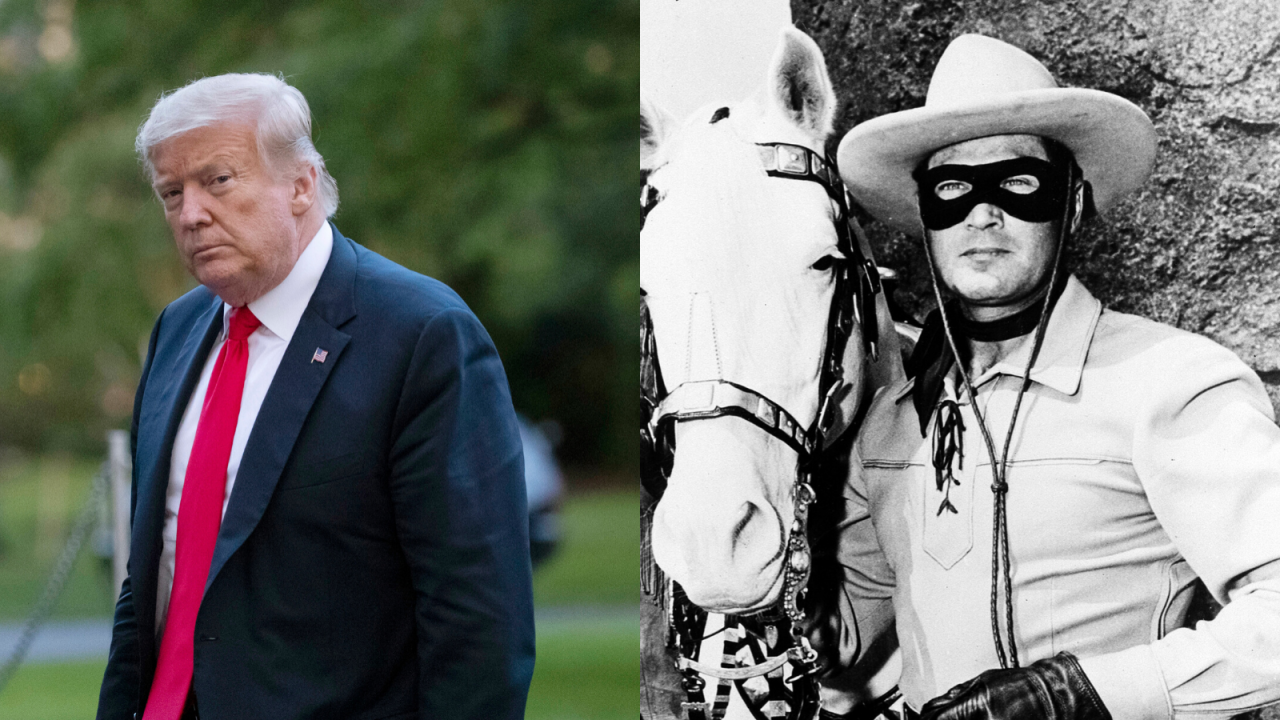 After long resisting wearing a mask in public, President Donald Trump says he thinks it makes him look like the Lone Ranger — and he likes it. Trump told Fox Business on Wednesday that he's “all for masks.”

Trump’s comments came a day after Republican lawmakers suggested that the president should wear a mask in public to set a good example for Americans. Trump has long resisted wearing a mask in public.

In early April, the Centers for Disease Control and Prevention issued a recommendation that people wear cloth face coverings in public settings where other social distancing measures were difficult to maintain.

“If I were in a tight situation with people, I would absolutely,” Trump said in an interview with Fox Business.