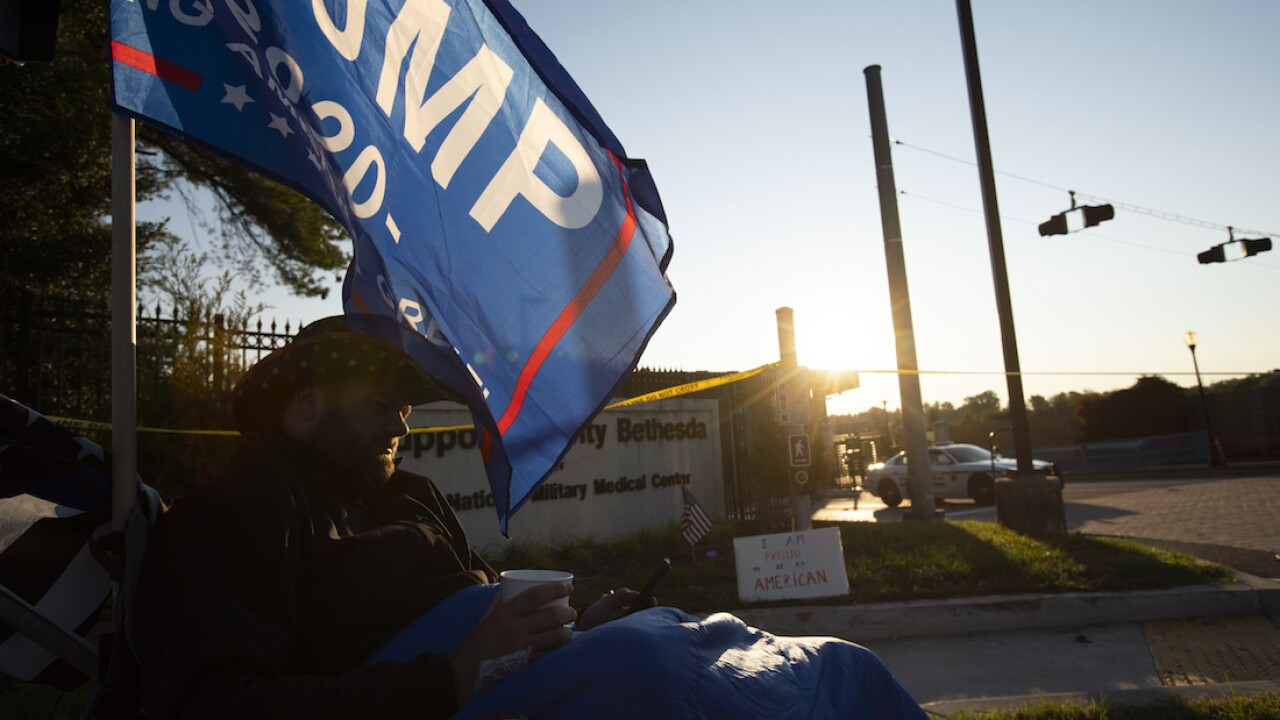 With President Donald Trump in the hospital, his campaign is launching an effort it’s calling “Operation MAGA” to maintain momentum.

The operation entails “a full marshalling of top-level surrogates, campaign coalitions and Trump supporters” to carry the campaign until Trump can return to the trail, according to a campaign statement. Vice President Mike Pence and Trump’s family will be prime players in the effort, which will feature a series of online events leading up to Wednesday's vice presidential debate before moving to in-person events.

It’s unclear how the new plan differs from the campaign’s operations before Trump was hospitalized. Pence and the first family was already actively campaigning.

Pence outlined the effort in an all-staff conference call Saturday afternoon with campaign manager Bill Stepien, who has also been diagnosed with COVID-19.

“I want to encourage you to stay in the fight,” Pence told the staff.