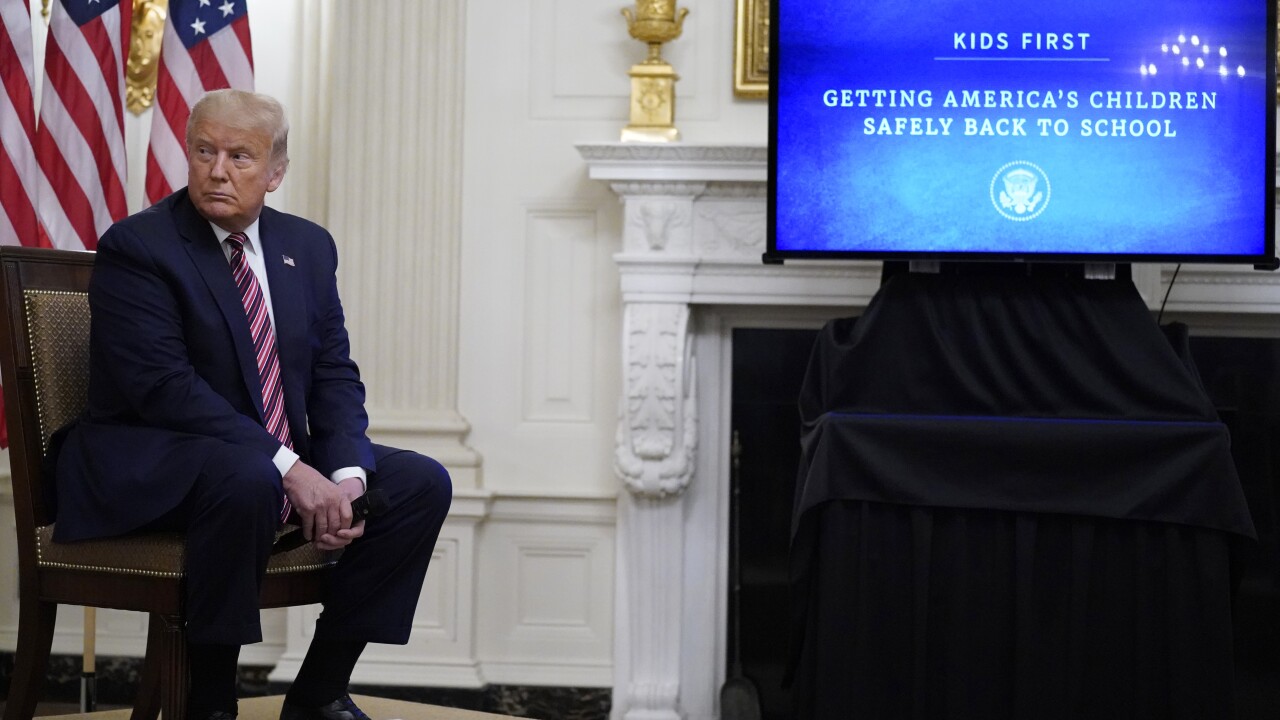 As students begin to head back to the classroom – either virtually or in person – this month begins the most uncertain school year in recent memory.

While some public health experts have expressed apprehension about reopening schools, President Donald Trump gave a full-throated defense for bringing back students into classroom full time this fall. Trump hosted a group of educators and school administrators at the White House on Wednesday.

The updated guidance said that extended school closures are harmful to children and can lead to severe learning loss, and the need for in-person instruction is particularly important for students with heightened behavioral needs.

During an event with educators on Wednesday, Trump said not only should students return to the classroom, but he decried hybrid schedules, which incorporates a blend of in-person and virtual learning. Proponents of hybrid schedules say that they allow for students to have some in-person learning while opening more classroom space for social distancing.

But the president is not a fan.

Some of the funding for schools could be used to help districts with additional costs associated with mitigating the risk of the virus.

Trump said that the funds should follow the students. He has previously said that if schools opt for online learning, they should not receive federal funds.

While Trump is eager for a full return to school, there are several cautionary anecdotes from several districts that opened earlier this month.

Most notably, the Cherokee School District in Georgia reported on Tuesday 59 students and employees tested positive for the coronavirus following its reopening. The district is now asking 925 employees and students to quarantine for two weeks. The district’s Etowah High School will remain closed until August 31 due to the outbreak.