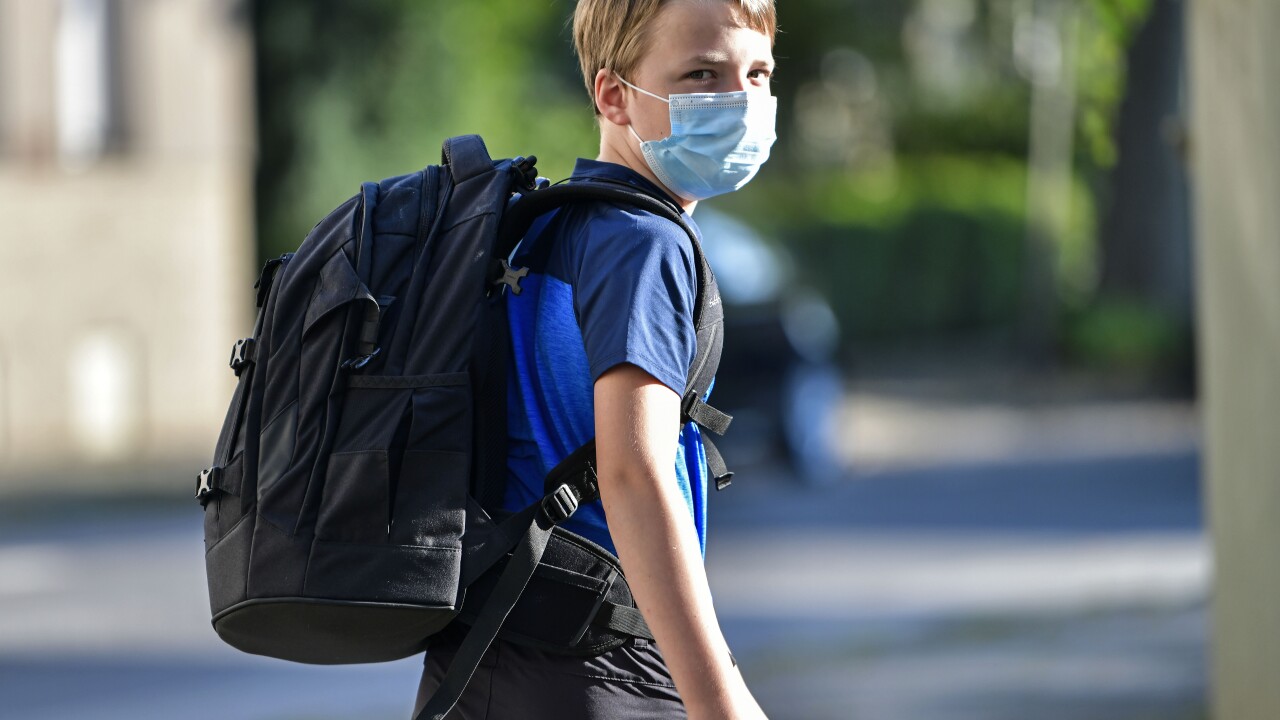 Copyright 2020 The Associated Press. All rights reserved
Martin Meissner/AP
Pupil Moritz is on his way to the first day at his new school in Gelsenkirchen, Germany, Wednesday, Aug. 12, 2020. Students in North Rhine-Westphalia will have to wear face masks at all times due to the coronavirus pandemic as they return to school this Wednesday. (AP Photo/Martin Meissner)

ANNAPOLIS, Md. — A municipal government in China has donated 40,000 medical-grade face masks to Maryland’s capital city amid the coronavirus pandemic.

The donations from Changsha, China, were first offered to Annapolis city officials in April, when the need for the masks among public safety workers was high in the beginning of the pandemic, Annapolis City Manager David Jarrell said in a news release Tuesday.

They arrived this month, with one of the boxes featuring strikers of American and Chinese flags with a message that read: “Go, City of Annapolis! Best Wishes from Changsha! True unity inspires people to work as one to overcome adversity,” The Capital Gazette reported.

Another note from Yani Xia, a representative in the Chinese city’s Foreign Affairs Office, accompanied the shipments. “We sincerely wish you and everyone in Annapolis continued good health, and the fortitude to persevere during this challenging period,” Xia’s note read.

Annapolis’ relationship with Changsha began under a former city administrator, according to the release. The two municipalities are now sister cities.