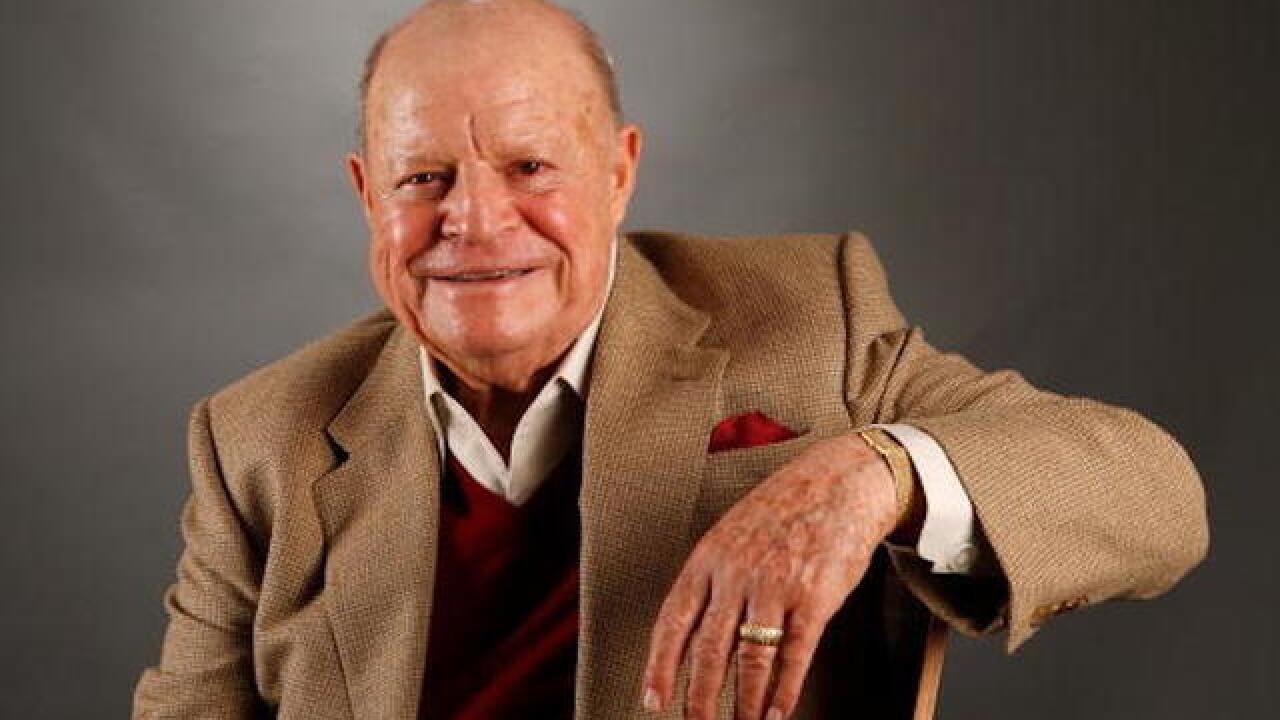 Image copyright 2017 Getty Images. All rights reserved. This material may not be published, broadcast, rewritten, or redistributed.
Mark Mainz
<p>HOLLYWOOD - NOVEMBER 09: Actor Don Rickles of the film "Mr. Warmth, The Don Rickles Project" poses in the portrait studio during AFI FEST 2007 presented by Audi held at ArcLight Cinemas on November 9, 2007 in Hollywood, California. (Photo by Mark Mainz/Getty Images for AFI)</p>

Don Rickles, a longtime actor and comedian, has died of kidney failure at the age of 90. The Associated Press reports Rickles died Thursday morning at his home.

Rickles was born in Queens, New York in 1926. He enlisted in the Navy served during World War II after high school.

Rickles got his start in entertainment doing stand up, working in night clubs in the 1940s and '50s. He eventually found steady acting work in acting in the 1960s, appearing on TV shows like "Get Smart" and in movies like "Kelly's Heroes."

RIP Don Rickles. One of the funniest people that ever lived, you dumb schmuck.

One of the funniest, ballsiest comics of all time. RIP Don Rickles. pic.twitter.com/wF9rPQjjVz

Rickles is perhaps best known for his insult comedy, which was on full display in his dozens of appearances on the Tonight Show with Johnny Carson throughout the years and his appearances on Dean Martin's Celebrity Roasts in the 1970s.

Rickles was awarded an Emmy in 2008 for appearing "Mr. Warmth: The Don Rickles Project," a feature film about his life.

In lieu of flowers, Don Rickles' family has requested that people drop their pants and fire a rocket. #RIPDonRickles