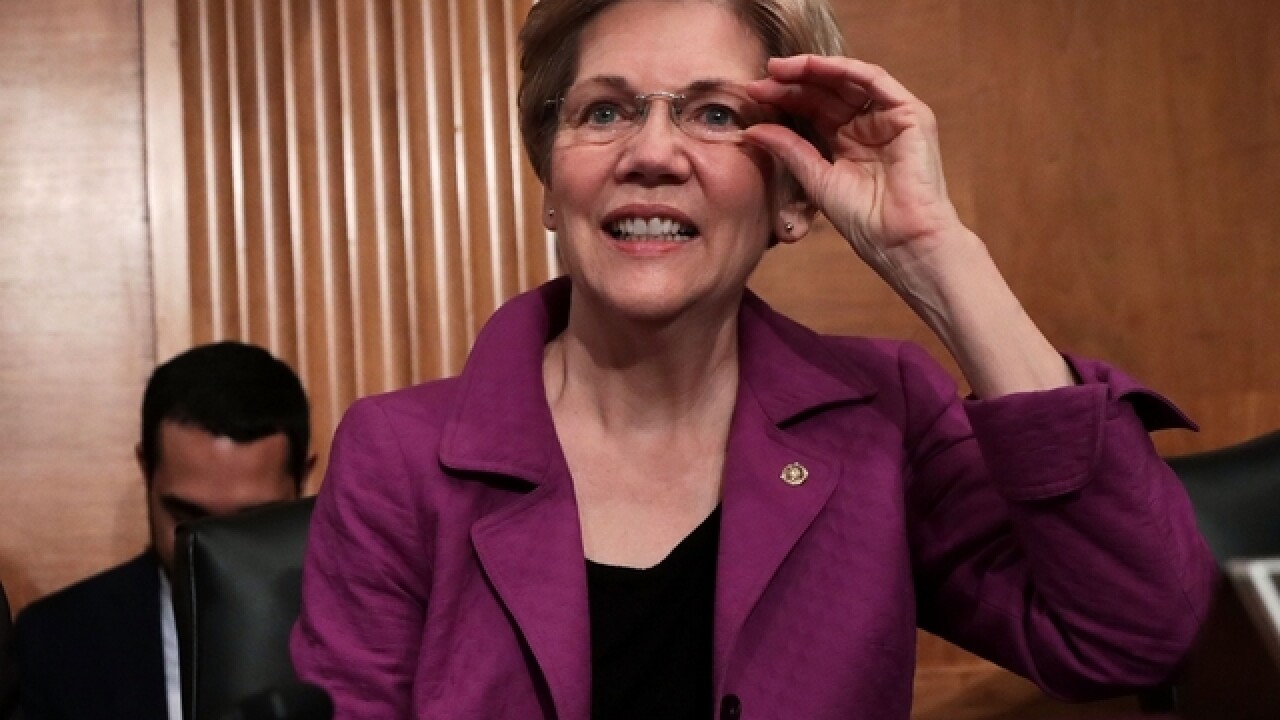 By: Associated Press
Posted at 1:14 AM, Jun 27, 2016
WASHINGTON (AP) — In December, thirteen of the 14 Democratic women serving in the U.S. Senate hosted a fundraiser for their favorite primary candidate: Hillary Clinton. The one who didn't show? Massachusetts Sen. Elizabeth Warren.
Six months later, there's little distance between two of the most powerful women in the Democratic Party.
With the primary season over and Vermont Sen. Bernie Sanders fading from the spotlight, Warren is stepping up to reclaim her role as leader of the party's progressives. She's mobilizing behind Clinton, lending her presidential bid a powerful boost of liberal credibility.
In recent weeks, the two women have formed a tight electoral alliance — one that could grow even closer should Clinton pick Warren as her running mate. On Monday, Warren will join Clinton for their first joint event at a rally in Cincinnati.
For Clinton, the visit offers an important opportunity to win back some of the liberal and younger voters she lost to Sanders in the primary. Though Sanders said on Friday that he'd vote for Clinton, he's shied away from offering a full-throated endorsement or urging his supporters to back her.
"It sends a clear signal to progressive voters that it's time for them to put the past in the past and elect Clinton," said Geoff Garin, a pollster at Priorities USA, a super PAC backing Clinton's bid. "Sen. Warren carries an enormous amount of credibility with exactly the same kind of people who were avidly supportive of Sanders in the primary."
For Warren, the appearance may be more like an audition, closely watched for any sign of chemistry between the two politicians. She's currently being vetted by lawyers involved in Clinton's vice presidential search, and they've asked Warren for documents and to complete a questionnaire. The next step: a private interview with Clinton.
The two women have never been close, according to aides, who note they didn't overlap in the Senate and worked in different corners of the Obama administration. Clinton served as secretary of state, while Warren helped establish the Consumer Financial Protection Bureau.
At times, their relationship has seemed almost frosty. Warren wrote in a 2004 book that as a senator from New York, Clinton "could not afford such a principled position" on legislation that would make it harder for consumers to relieve their debt through bankruptcy laws. She also implied that Clinton was short-tempered and impatient with her staff.
More recently, Warren has become one of the sharpest opponents of Donald Trump, deriding him as a "bully" and "a small, insecure, money grubber." She's taken his hits in return: He blasted her as "Pocahontas," a reference to past discussions about her having Native American ancestry.
Warren's tough assault is valued by Clinton, who aides say particularly appreciates surrogates that don't mince words in their attacks.
Warren has been trying to endear herself to Clinton in other ways, too. A few days after a private meeting at Clinton's home, Warren stopped by her campaign headquarters in Brooklyn to deliver a pep talk to staffers. The visit, said Clinton staffers, was at Warren's request.
"Warren, with everything she's done these past few weeks, has made it really hard for her not to be looked at," said Mary Ann Marsh, a Boston-based Democratic strategist. "She has demographic pull. She's got the economic portfolio and no one's taken on Trump better."
Copyright 2016 The Associated Press. All rights reserved. This material may not be published, broadcast, rewritten or redistributed.