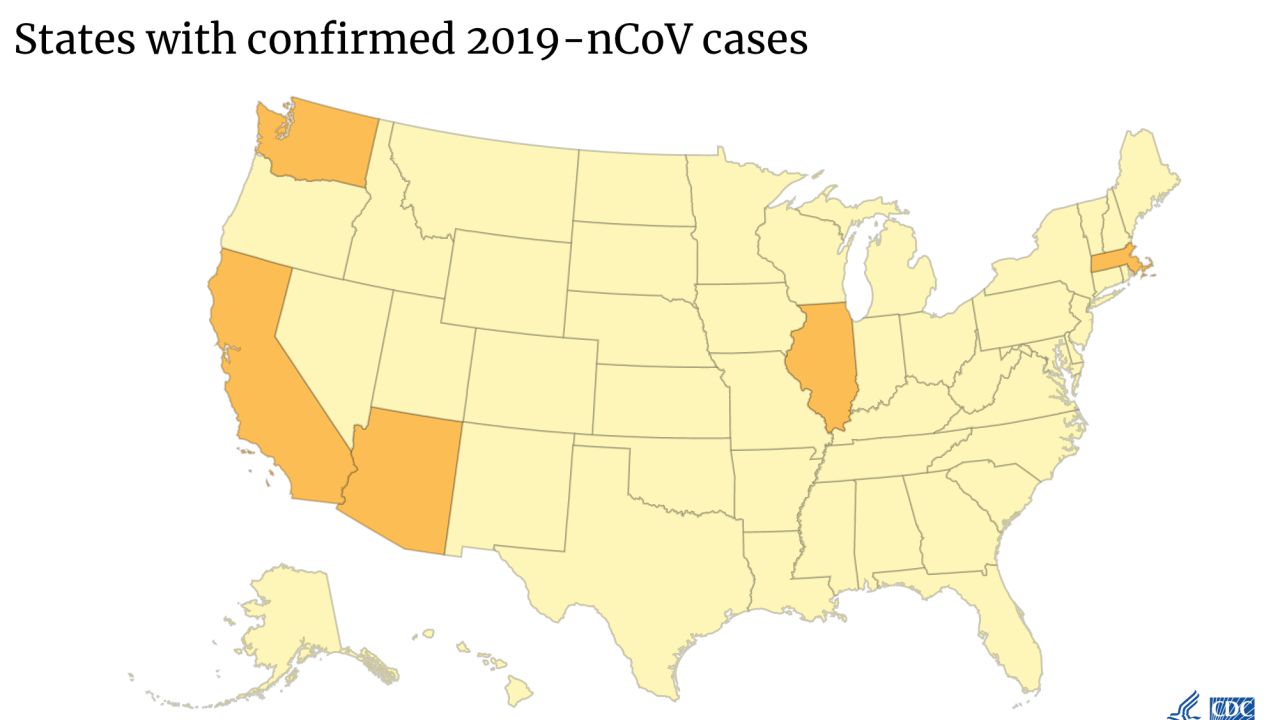 ATLANTA, Ga. – The Centers for Disease Control announced Monday that it has confirmed five new cases of the 2019 Novel Coronavirus in the United States, bringing the nation’s total to 11.

The CDC says one of the five new patients contracted the virus from a person they were close to that had traveled to Wuhan, China, the epicenter of the outbreak.

This is the second confirmed case of person-to-person spread in the U.S. The first was between a woman and her husband in Chicago, Illinois.

Health officials say the public should expect more person-to-person cases in the future.

The CDC says 167 people who were under investigation for the virus have tested negative and 82 cases remain pending.

China’s Health Commission reported Sunday that 361 of its people have died from the virus and 17,205 infections have been confirmed.

American travelers who have been to China’s Hubei province in the last 14 days will be subject to a quarantine of up to two weeks when they return to the U.S. This is the first federal quarantine in more than 50 years. The last one was in connection with a smallpox outbreak.

The U.S. is relying on the country’s health system as a second line of defense. Hospital are on high alert and are looking out for coronavirus symptoms.