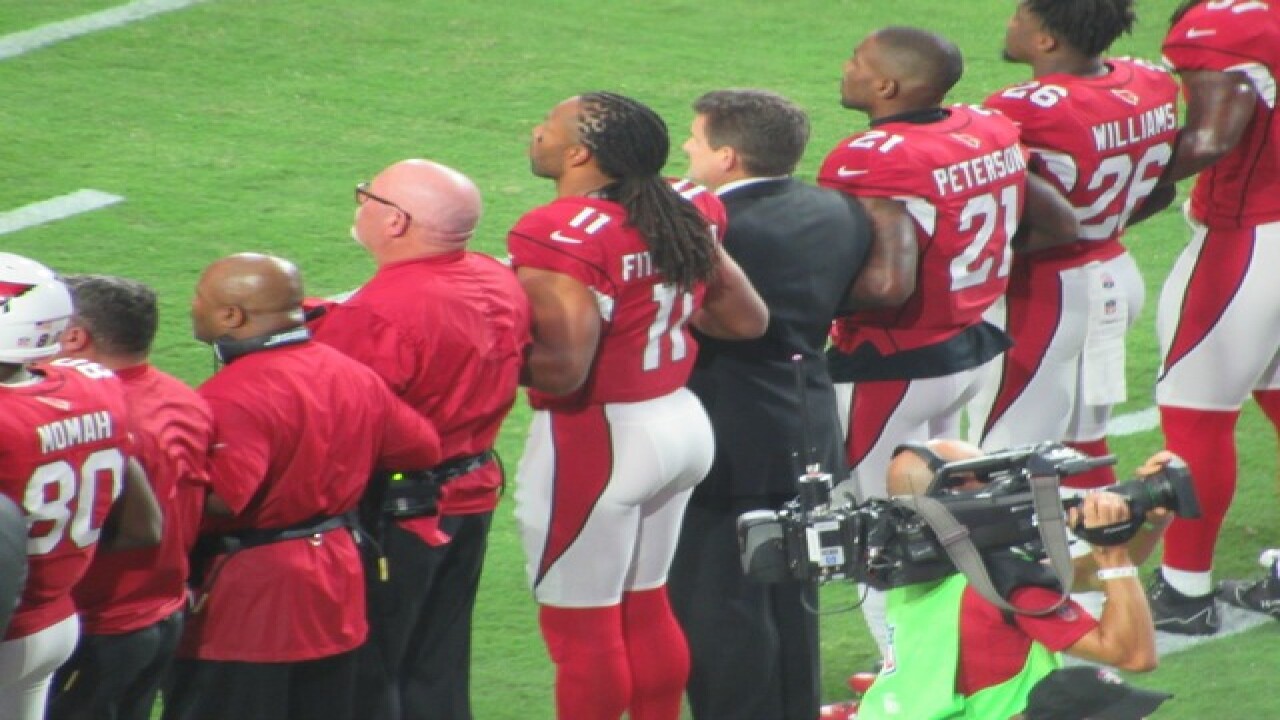 Copyright 2017 Scripps Media, Inc. All rights reserved. This material may not be published, broadcast, rewritten, or redistributed.
<p>(Shane Dale/ABC15)</p>

The Arizona Cardinals stood and locked arms near the south end zone during the playing of the national anthem before Monday night's game vs. the Dallas Cowboys at University of Phoenix Stadium.

Before the anthem, the Cowboys -- including team owner Jerry Jones -- came on to the field and locked arms, then briefly took a knee to a chorus of boos before returning to the sideline.

Prior to the National Anthem, the @DallasCowboys and @AZCardinals shared a moment of unity on the field. pic.twitter.com/RSWQwHTyeD