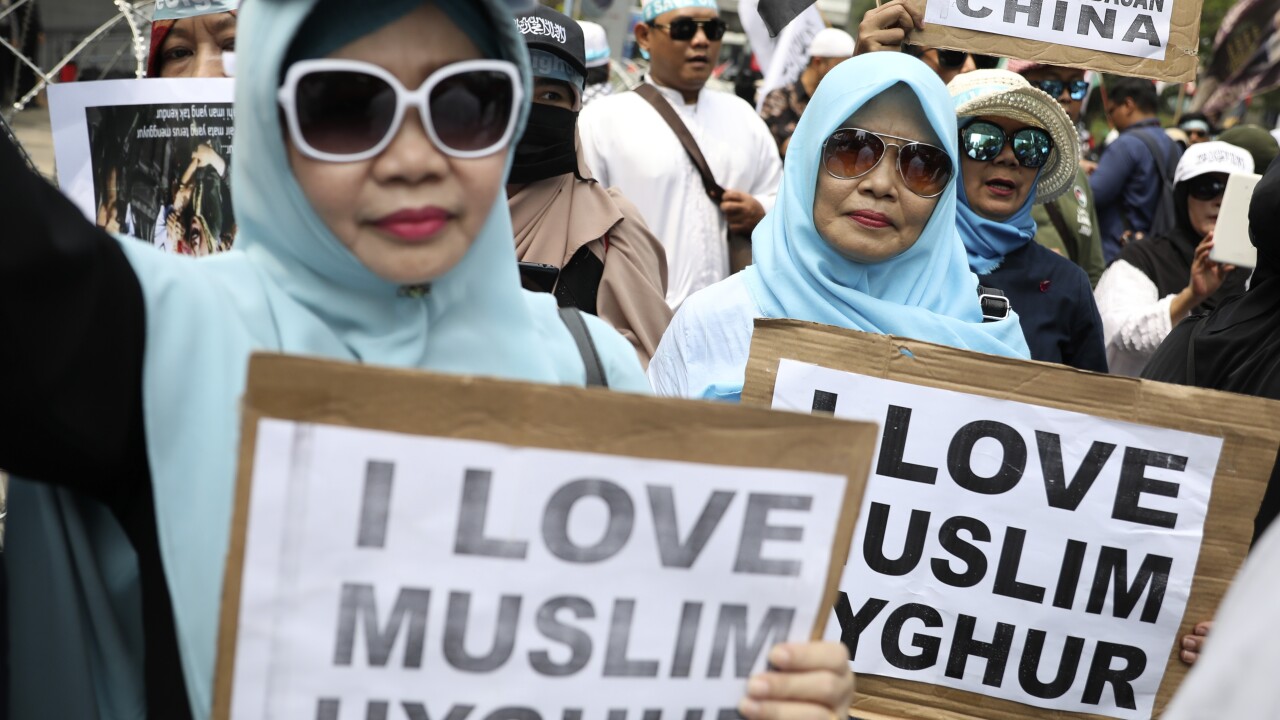 Copyright 2019 The Associated Press. All rights reserved.
Dita Alangkara/AP
Muslim women hold posters during a rally outside the Chinese Embassy in Jakarta, Indonesia, Friday, Dec. 27, 2019. Over a thousand Muslims staged the rally calling to an end to alleged oppression against Muslim Uighur ethnic minority in China's region of Xinjiang. (AP Photo/Dita Alangkara)

Politicians around the world have called for a United Nations probe into a Chinese government birth control campaign targeting largely Muslim minorities in the far western region of Xinjiang, even as Beijing said it treats all ethnicities equally under the law.

They were referring to an Associated Press investigation published this week that found the Chinese government is taking draconian measures to slash birth rates among Uighurs and other minorities, while encouraging some of the country’s Han majority to have more children.

A state-orchestrated campaign is slashing births among the minority Uighurs of China's far west Xinjiang region with brutal efficiency. The government is forcing IUDs, abortions and sterilizations on largely Muslim minorities, and punishing parents who violate family planning measures by detaining them in camps and prisons.

As a result, birth rates in heavily Uighur regions have plunged over 60% in just three years. Authorities say they’re trying to cut down on poverty and extremism, but outside experts call it an extraordinary experiment in state-led eugenics aimed at forcibly assimilating Muslim minorities.