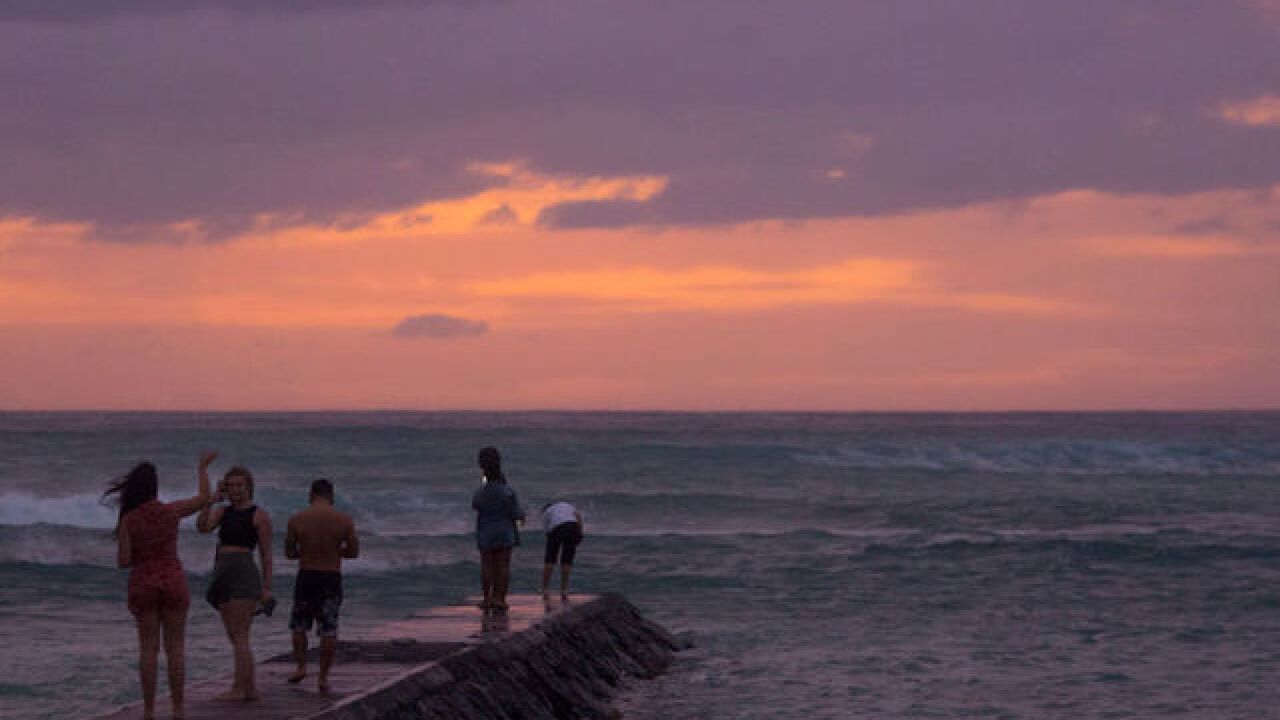 Image copyright 2018 Getty Images. All rights reserved. This material may not be published, broadcast, rewritten, or redistributed.
Kat Wade
<p>Warnings of dangerous rip currents does not deter people from walking the wave swept break wall at the East end of Waikiki beach to take selfies with the sunset and stormy seas caused by Hurricane Lane on August 24, 2018. </p>

A Hawaii-based burger chain has closed a Honolulu restaurant for cleaning after a video posted to social media appeared to show a rat being cooked on the grill.

Teddy's Bigger Burgers has closed the Mapunapuna location and fired two employees who appeared in the Snapchat video.

Company president Richard Stula says in a statement they are investigating the authenticity of the video and are "horrified" by the employees' conduct.

Stula says equipment and utensils are being replaced at the restaurant that's undergoing "a complete sanitization."

He says a corporate team will inspect and audit the restaurant before it can reopen.

The state Department of Health is scheduled to inspect the fast-food restaurant on Mapunapuna Street on Friday.