Brexit could remove English as one of EU's official languages 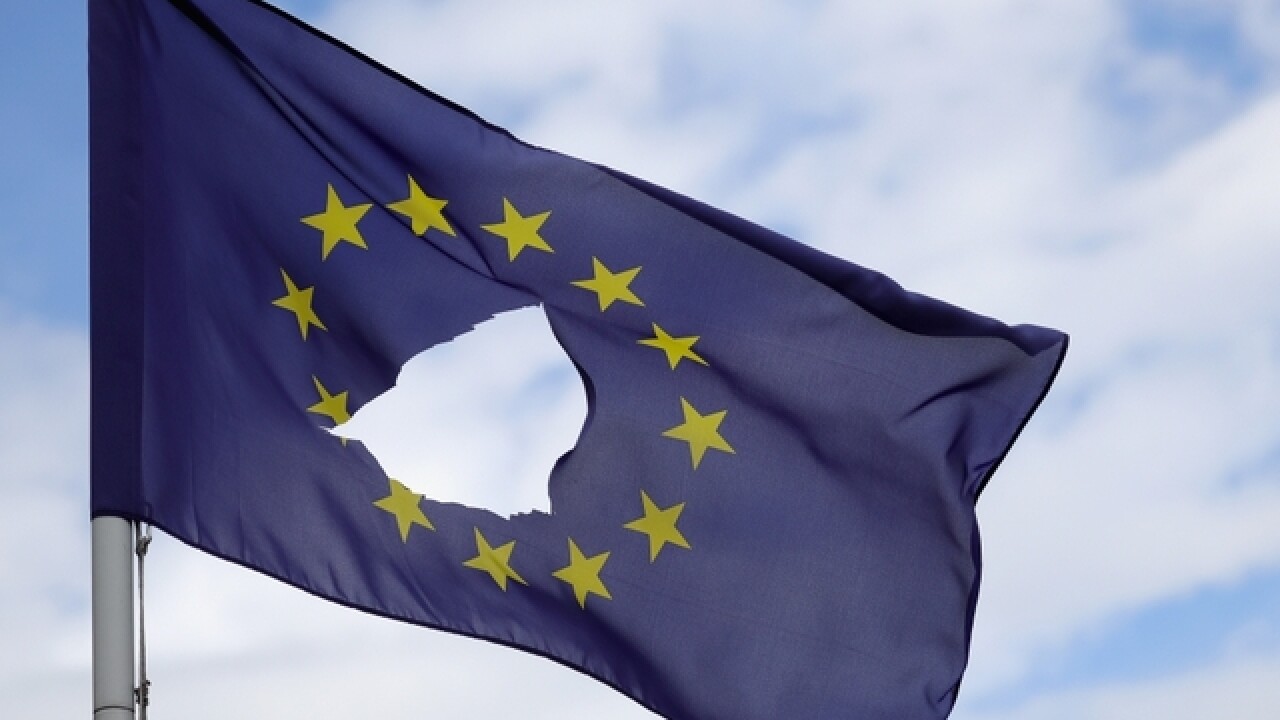 BRUSSELS (AP) — Of all the myriad challenges facing the European Union with the pending departure of Britain, one unlikely issue that needs to be resolved is the fact that English would no longer be an official language.

The EU has 24 official and working languages, and each of the 28 member states is allowed to nominate one.

While the U.K. chose English, Ireland selected Gaelic and Malta picked Maltese. That means that, with the departure of the U.K., English — the most widely spoken and written language in the EU's institutions — might be an endangered species.

French and German officials have lobbied long and hard for their mother tongues to be more widely used in Brussels, but English has been hard to dislodge as Europe's lingua franca.

Indeed the choice of languages has strong political, diplomatic and cultural ramifications.

In an official speech to the European Parliament Tuesday acknowledging with sadness the loss of Britain as an EU member, European Commission President Jean-Claude Juncker used only French and German.

Previously, he had often used English as well, particularly when addressing issues close to British hearts.

That said, Juncker has been criticized in the English media for some errors in the language of Shakespeare in the recent past, and he did respond Tuesday to heckling from British EU lawmakers in English.

And later, after the EU leaders had dinner, Juncker chose to speak in the "language of Shakespeare" at a late-night news conference — noting that he has little choice, since none of his counterparts speak his native tongue, Luxembourgish.

Unlike the wrangling that will surely go on to disentangle Britain from the U.K., some are hopeful the language issue can be sorted out quickly.

The chair of the parliament's Constitutional Affairs Committee Maria Huebner said Monday that she is optimistic "that we will find unanimity to change the rule on this" so that the remaining members can identify more than one official language.