Bodycam footage has been released from a September incident when a police officer arrested a 6-year-old at her charter school in Orlando. The officer was fired shortly after, and the charges against the child were dropped. 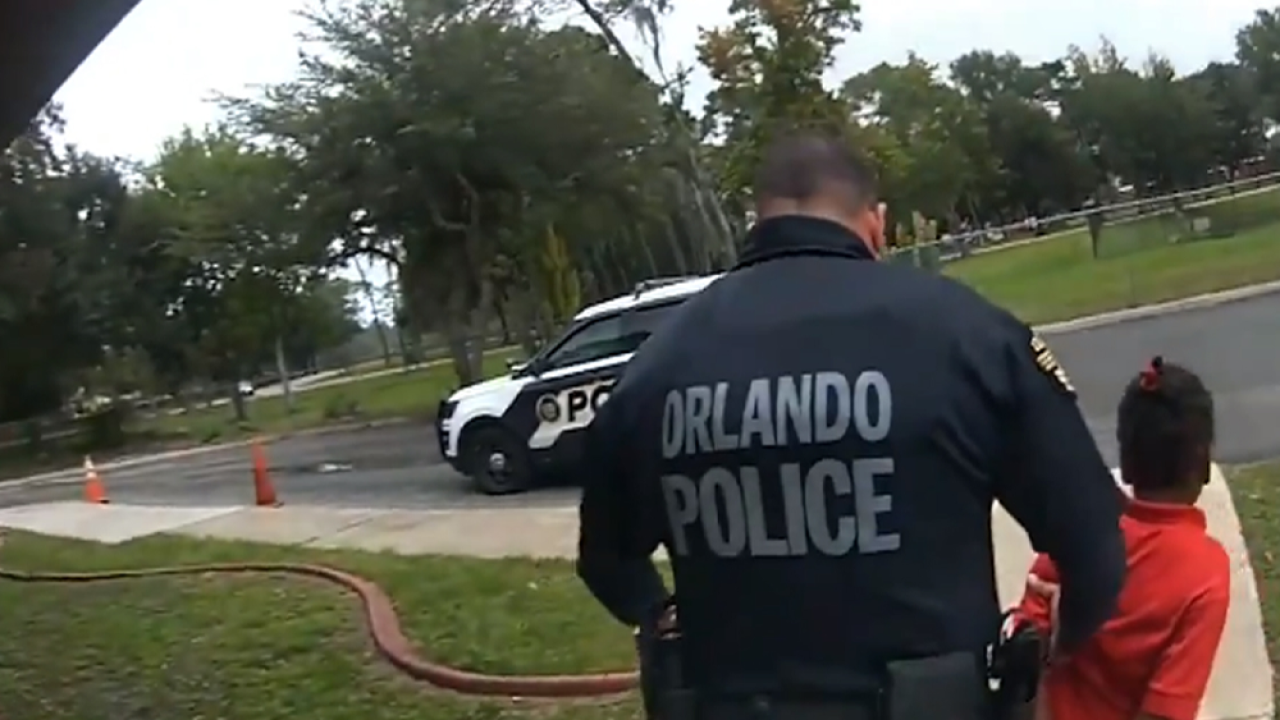 ORLANDO, Fla. — A police officer's body camera shows a 6-year-old Florida girl crying and begging officers not to arrest her at a charter school as zip ties are placed around her wrists.

The police video that Kaia Rolle's family shared with the Orlando Sentinel and other media outlets Monday shows the girl being arrested in September for kicking and punching staff members at her Orlando charter school.

The video shows the child crying and begging to be let go as the officer zip ties her hands and places her in the back seat of a police cruiser.

After reentering the school, the officer tells a woman that he would have used handcuffs on the child if she were bigger.

According to WESH-TV in Orlando, Kaia was accused of battering three staff members at the school, Lucious & Emma Nixon Academy. The report alleges that a staff member wished to press charges against the child, though the school denies that ever happened.

Misdemeanor battery charges against Kaia were dismissed in September.

Officer Dennis Turner was fired shortly after the arrest for not getting the approval of a watch commander to arrest of someone under age 12.