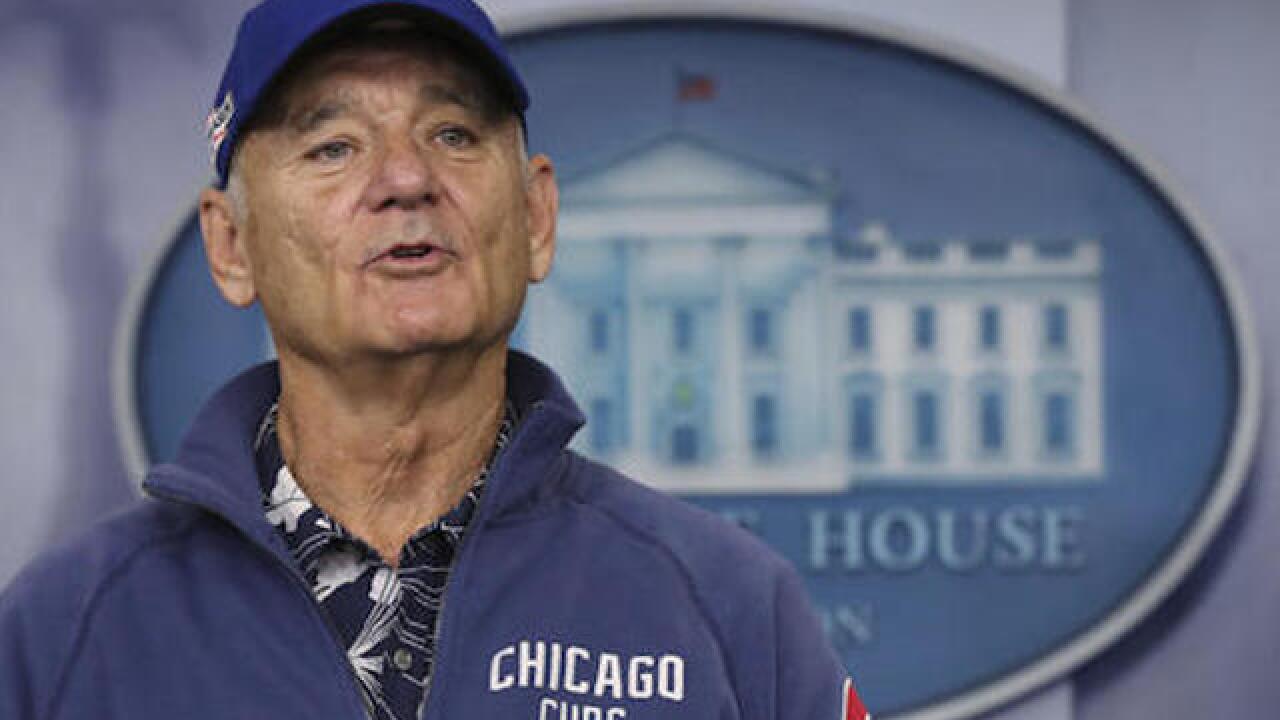 CLEVELAND (AP) — Bill Murray has come to the rescue of a fellow Chicago Cubs fan by providing a ticket to Game 6 of the World Series.

Karen Michel tells MLB.com she was hoping there might be an extra ticket Tuesday at the Cleveland box office. After being told the game was sold out, she spotted Murray walking by and decided to follow him.

The Indiana woman says the actor turned around and offered her a ticket. She soon found herself sitting next to Murray in a section with other celebrity Cubs fans, like Pearl Jam lead singer Eddie Vedder.

Michel says she and Murray chatted about their experiences rooting for the Cubs, who haven't won a World Series since 1908.

The Cubs ended up winning 9-3 to force Wednesday's deciding Game 7.