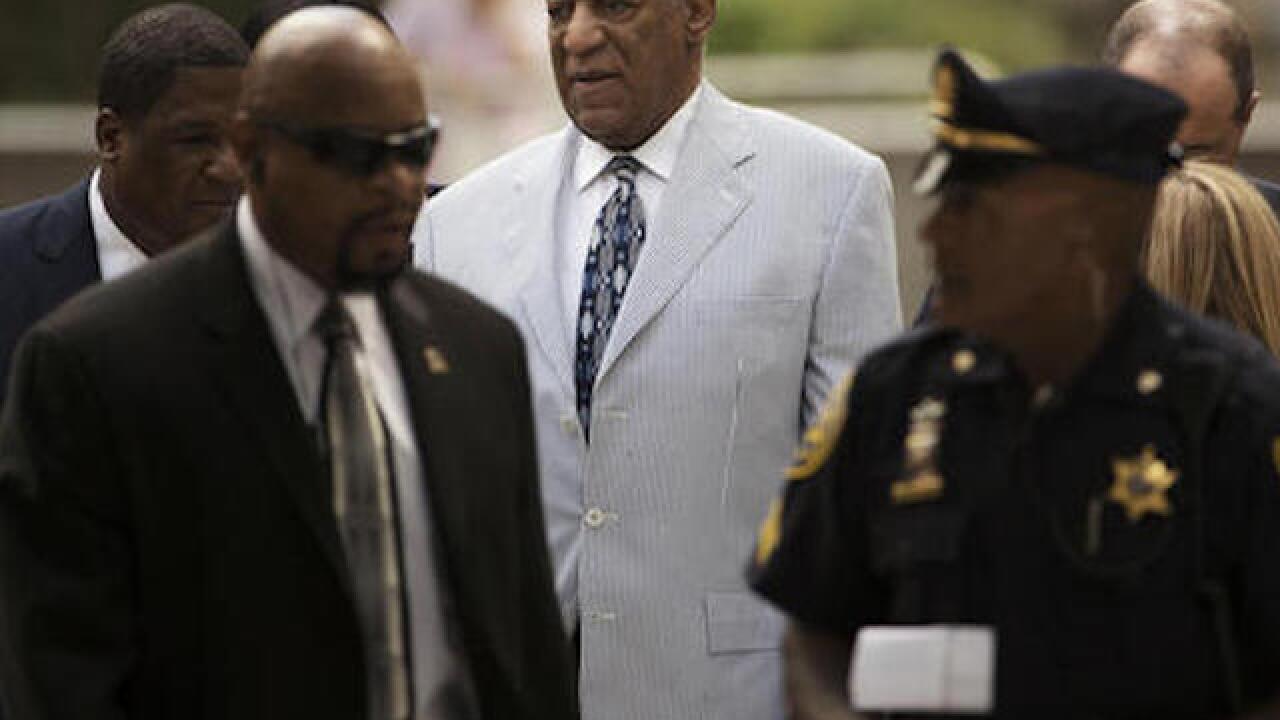 PHILADELPHIA (AP) — Prosecutors hoping to paint actor Bill Cosby as a serial predator at his upcoming sexual assault trial sought Tuesday to put on testimony from 13 other women who say Cosby gave them quaaludes, other drugs or alcohol before molesting them.

The criminal case against the 79-year-old entertainer involves a single 2004 encounter at his home near Philadelphia with former Temple University employee Andrea Constand. The presiding judge at a hearing Tuesday vowed to start the trial by June 5.

However, Montgomery County Judge Steven O'Neill did not immediately rule on any of the pretrial disputes over evidence, including the prosecution effort to call other women as witnesses. Under Pennsylvania law, they could be allowed to testify to show an alleged pattern of behavior, even if no charges were ever filed.

Prosecutors said they reviewed accusations made by 50 Cosby accusers and concluded that 13 said they were also drugged or intoxicated and then molested by Cosby. One woman said she declined his offer of quaaludes but accepted Champagne that she believed was spiked. She later woke up naked in a hotel room and said she had been sexually assaulted. Another said she took quaaludes from him, while a third said she believed her drink was spiked with the powerful, now-banned sedative.

The defense is expected to oppose any testimony from other accusers.

The defense will also ask to have the trial moved to another county, given that the decision over whether Cosby should be arrested became a flashpoint in last fall's election for district attorney. Cosby was arrested on Dec. 30, as incoming prosecutor Kevin Steele eyed the approaching 12-year deadline to file felony charges.

Constand told police that Cosby gave her three unmarked pills and then molested her as she drifted in and out of consciousness.

Cosby's lawyers meanwhile asked the judge Tuesday to suppress a 2005 telephone conversation recorded by Constand's mother in Toronto. Cosby had called her from California. The defense said the call violated Pennsylvania's two-party consent law on wiretaps. But prosecutors who played the tape in court argued that Cosby said he heard beeps on the call and asked if he was being taped. Gianna Constand denied it.

Cosby in the conversation described the sex act as "digital penetration" but refused to say what pills he had given her daughter. In his deposition, he later said he feared sounding like "a dirty old man" on the call.

Steele will fight to use both the phone call and Cosby's potentially damaging deposition from Constand's sexual battery lawsuit. Cosby settled the suit after four days of questioning. He acknowledged having a sexual encounter with Constand, but said it was consensual. He also admitted to a string of extramarital affairs and sexual "rendezvous," some with women in their late teens and early 20s.

Cosby was arrested in December after the investigation into the allegation Constand first brought in 2005 was reopened, following disclosure of the entertainer's deposition and a stream of new allegations by women going back decades.

Cosby looked noticeably healthier Tuesday than he has at earlier hearings, although his lawyers told the judge that he is blind. O'Neill offered whatever accommodations he might need at trial, but the defense didn't immediately ask for any.

Cosby clutched an aide's arm as he walked, but his eyes appeared less milky and he seemed more engaged and animated as he spoke with his legal team.

As O'Neill pushed for a trial date, lead defense lawyer Brian McMonagle of Philadelphia said he has other trials booked until June.

Cosby has replaced one top-tier Los Angeles law firm with another on his defense team, the second such switch in about a year.

Cosby has so far lost his efforts to have the charges thrown out.

Cosby became known as "America's Dad" for his top-rated show on family life that ran from 1984 to 1992. He had been in the limelight since the early 1960s, when the Philadelphian was tapped to star in "I Spy," becoming the rare black actor to star in a network TV show at the time.

The women who accuse him of sexual misconduct for nearly that long say the charges were a long time coming.

Cosby's defenders instead suggest he is a wealthy target for the many women he met during five decades as an A-list celebrity.

Defense lawyer Angela Agrusa told reporters after the hearing that the accusers have been "paraded" before the press by lawyer Gloria Allred and others, without their accounts of abuse being investigated.

"We have seen a barrage of new accusers claiming, 'Me too,'" Agrusa said.

Cosby spokesman Andrew Wyatt brought race into the equation, saying Allred and others have trampled on Cosby's civil rights. Many of the accusers, including Constand, are white.

"Mr. Cosby is no stranger to discrimination and racial hatred, and throughout his career Mr. Cosby has always used his voice and his celebrity to highlight the commonalities and has portrayed the differences that are not negative — no matter the race, gender and religion of a person," he said in a statement.