Barack Obama on Bush's death: America has lost a patriot 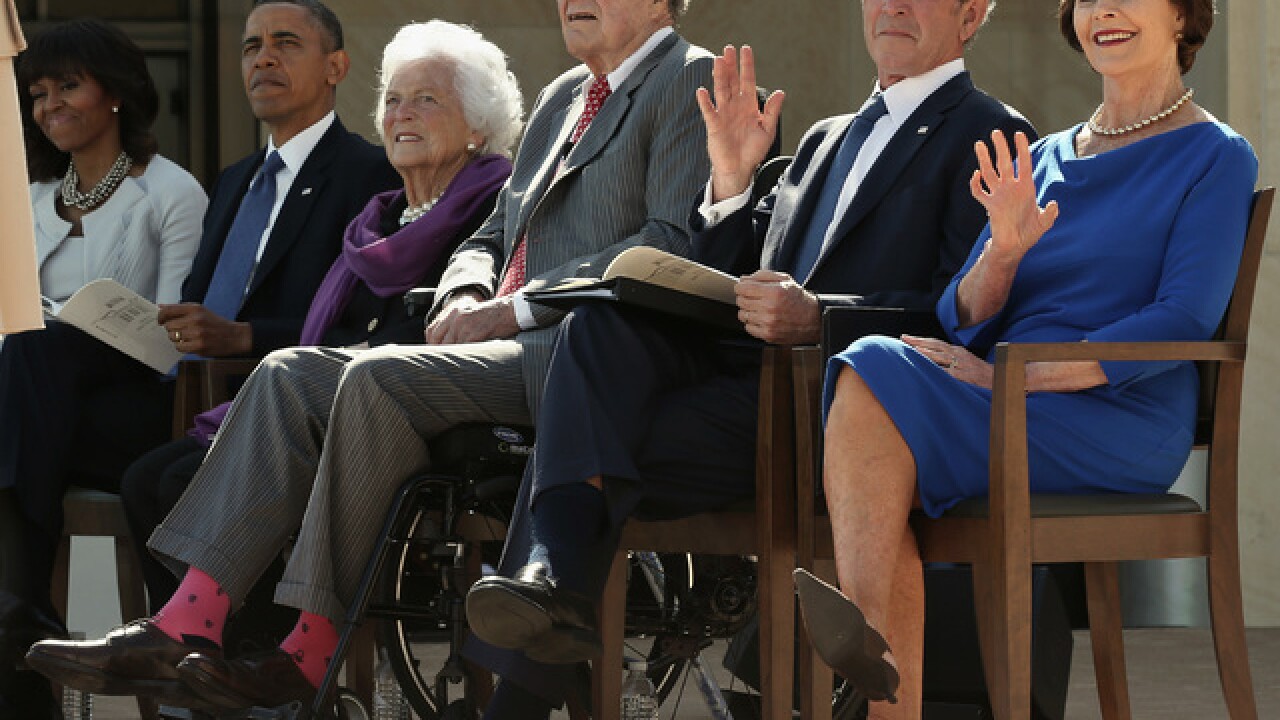 President Donald Trump, and former Presidents Barack Obama and George W. Bush were among many who expressed their sympathies late Friday following the death of President George H.W. Bush.

Bush died on Friday. A cause of his death is unknown.

"America has lost a patriot and humble servant in George Herbert Walker Bush," Obama said. "While our hearts are heavy today, they are also filled with gratitude. Not merely for the years he spent as our forty-first President, but for the more than 70 years he spent in devoted service to the country he loved – from a decorated Naval aviator who nearly gave his life in World War II, to Commander-in-Chief of our Armed Forces, with plenty of posts along the way. Ambassador to the United Nations. Director of Central Intelligence. U.S. Envoy to China. Vice President of the United States.

"George H.W. Bush’s life is a testament to the notion that public service is a noble, joyous calling. And he did tremendous good along the journey,"

"President Bush always found a way to set the bar higher," Trump said. "As a young man, he captained the Yale baseball team, and then went on to serve as the youngest aviator in the United States Navy during the Second World War. Later in life, he rose to the pinnacle of American politics as a Congressman from Texas, envoy to China, Director of Central Intelligence, Vice President of eight years to President Ronald Reagan, and finally President of the United States."

Bush's son George W. Bush, who served as the nation's 43rd president, released a statement on Friday on behalf of the entire family.

"Jeb, Neil, Marvin, Doro, and I are saddened to announce that after 94 remarkable years, our dear Dad has died," President George W. Bush said in a statement. "George H. W. Bush was a man of the highest character and the best dad a son or daughter could ask for. The entire Bush family is deeply grateful for 41’s life and love, for the compassion of those who have cared and prayed for Dad, and for the condolences of our friends and fellow citizens."