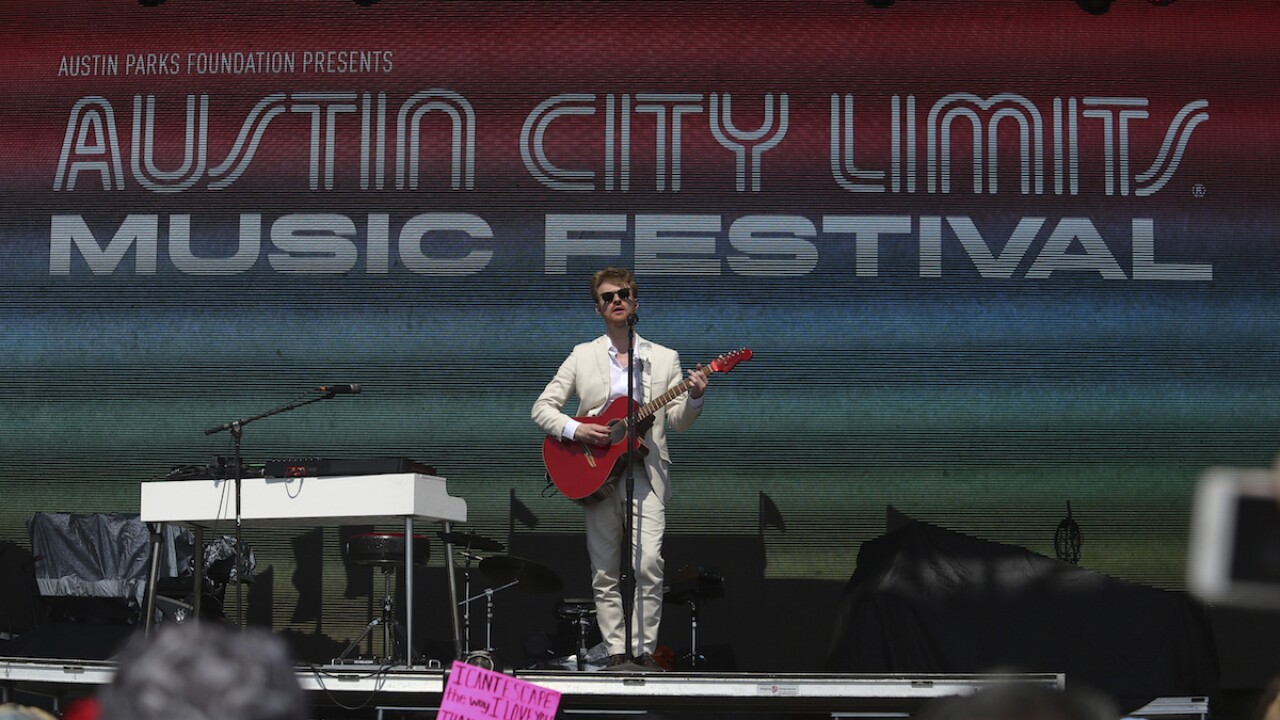 AUSTIN, Texas (AP) — Austin City Limits has joined the ranks of major music festivals that have been canceled because of the coronavirus.

Festival organizers said in a statement Wednesday that scrapping the three-day October event was "the only responsible solution."

"Austin City Limits Music Festival will no longer take place in 2020," organizers said in the statement. "We would have loved to put on another memorable show this year, however, with the uncertainty surrounding the current situation in Texas, this decision is the only responsible solution. The health and safety of our fans, artists, partners, staff, and the entire Austin community remain our highest priority."

Organizers said they plan to celebrate their 20th anniversary at next year's festival in October.

The festival is one of the largest in the country.

The Coachella music festival in California and Bonnaroo festival in Tennessee will also not take place this year.