Arkansas says it has all drugs needed for executions 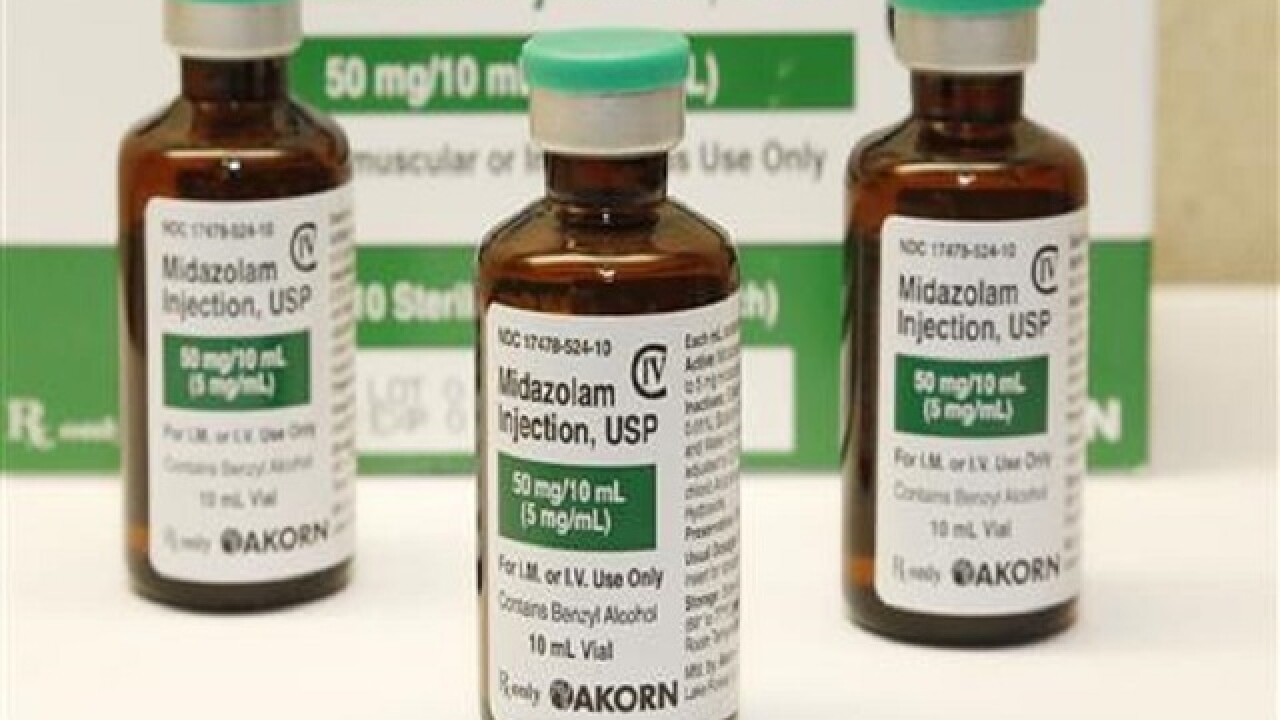 LITTLE ROCK, Ark. (AP) — Arkansas said Tuesday that it has a new supply of a drug used for lethal injections that had expired last month, potentially clearing the way for the state to resume executions after a decade-long hiatus.
The state Department of Correction announced it had received a supply of vecuronium bromide with an expiration date of March 1, 2018. The state's previous supply of the paralytic expired on June 30. Department spokesman Solomon Graves said the supply is sufficient for eight executions. He declined to say when the state received the drug.
However, executions are still on hold as the Arkansas Supreme Court weighs a request from eight condemned inmates that it reconsider a ruling that allows the state to keep information about lethal injection drugs confidential. The court upheld the secrecy law less than a month ago, but the ruling won't take effect unless the justices deny the inmates' request for a rehearing. Arkansas hasn't executed an inmate since 2005.
Gov. Asa Hutchinson's office said the Republican governor, who was in Germany on a trade mission, was unavailable for comment. J.R. Davis, Hutchinson's spokesman, said the governor was waiting on the court's ruling to take effect and for Attorney General Leslie Rutledge to request that execution dates be set.
Arkansas has 34 inmates on death row. Hutchinson had set execution dates for the eight inmates last year before they were put on hold by the state Supreme Court during the challenge to the secrecy law.
Rutledge's office has said the attorney general won't request dates until the ruling on the secrecy law takes effect.
The state's potassium chloride expires at the end of January 2017 and the midazolam expires in April 2017. In October, the state Department of Correction said in court documents that the unnamed supplier of the original batches of midazolam, vecuronium bromide and potassium chloride would not supply more when they expired.
In a 4-3 ruling last month, the state Supreme Court reversed a lower court's decision against the execution secrecy law, which requires the Department of Correction to conceal the maker, seller and other information about the drugs. The inmates argued the law could lead to cruel and unusual punishment and that the state reneged on an earlier pledge to share information.
Jeff Rosenzweig, an attorney for the inmates, said he wasn't aware of the state's announcement until he was contacted by The Associated Press and did not have an immediate comment. The inmates last week also asked the court to stay the mandate if their request for a rehearing is denied, saying they also planned to ask the U.S. Supreme Court to weigh in on the case.
In their request for a rehearing, the inmates are challenging the state Supreme Court's interpretation of a clause in the Arkansas constitution requiring an "accurate and detailed statement" about state expenditures and receipts be published. Justices last month ruled the state constitution left it to lawmakers to decide how such information should be disclosed
Hutchinson said last month he wanted the Department of Correction to find a new supply of the drug rather than use another method allowed under the law passed last year. The law says Arkansas can use a one-drug protocol— a barbiturate— or seek drugs from an accredited compounding pharmacy.
Copyright 2016 The Associated Press. All rights reserved. This material may not be published, broadcast, rewritten or redistributed.