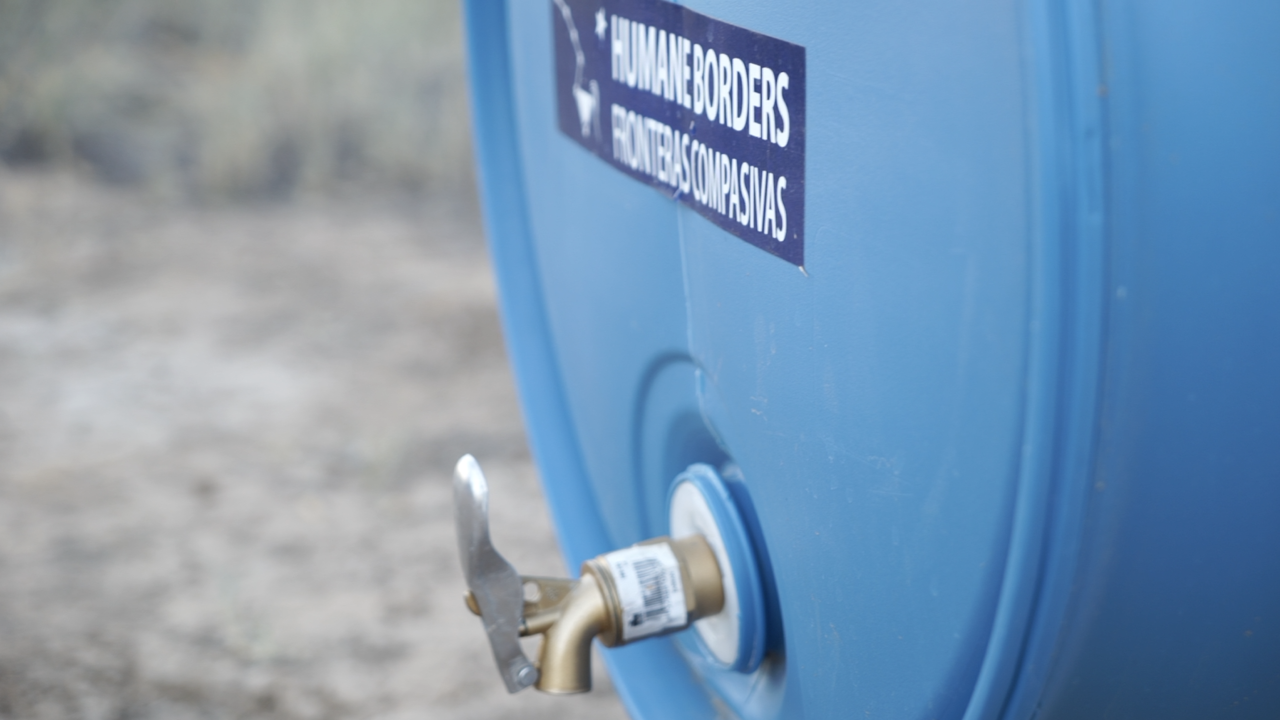 TUCSON, Ariz. — Arizona geography teacher Scott Warren is on trial for being accused of giving two migrants temporary shelter in the Sonoran Desert. But Warren’s arrest hasn’t stopped humanitarian organizations from continuing to help those who need it.

One of those organizations is Humane Borders.

“The whole idea of Humane Borders is to save lives,” said Steve Saltonstall, a 75-year-old volunteer and retired trial lawyer in Tucson. He drives into the Sonoran Desert often to fill water tanks that Humane Borders has scattered across Southern Arizona for those who need it.

“The desert is an extremely harsh environment,” said Joe Curran with the Tucson Sector of the U.S. Border Patrol. “You’re just surrounded by absolute, desolate nothing. There’s no water out here, there’s minimal cellphone reception.”

On this specific Friday, Saltonstall and other volunteers met at 6 a.m. to check a route of water tanks west of Tucson.

“We go to each water station and fill it if need be, if the station is vandalized, we’ll replace the barrel,” he said.

Salntonstall explained that sometimes people will put arsenic or gasoline in the barrels, so the water has to be tested often. He's also seen bullet holes in barrels.

The organization has these in place mainly for people traveling north from the U.S.-Mexico border.

Over the years, Humane Borders and the Pima County Medical Examiner’s Office have put together a death map which shows where more than 3,000 people crossing the border have died since 2000.

“We consult those maps and try to put water stations where people have been found dead,” Saltonstall said. “It’s not easy walking, especially at night when people walk a lot to try and avoid the Border Patrol.”

The Border Patrol has implemented their own initiatives to help those in distress — solar-powered safety beacons. These beacons have a button on them that notifies Border Patrol that someone needs help.

“It could just be an average citizen in distress but a majority of what we see are illegal immigrants,” Curran said. “We have 34 of (the safety beacons) across Tucson sector.”

The Tucson sector spans more than 250 miles in the Arizona desert.

“We’re gonna make sure everyone has water, food and everybody is medically evaluated," Curran said.

In 2018, the agency rescued more than 140 people at beacon locations.

According to Curran, if you come across someone in the desert, the best thing to do is offer them water if they need it, and contact the proper authorities.

But what happens next for those who are found in the desert depends on their citizenship status.

“These are acts of desperation,” said Maurice Goldman, a Tucson immigration attorney.

Humanitarians and other people who help those migrants, like Saltonstall and Humane Borders, also face a certain risk.

“Most of these individuals that are out there doing this good work are aware that there is that risk,” Goldman said. “The government could bring charges against an individual for assisting or harboring an immigrant or migrant.”

The number of people the government is actually prosecuting for that is also on the rise.

As of November 2019, there have been more than 5,700 prosecuted cases, a 27% increase over 2018, according to the Transactional Records Access Clearinghouse. Those who are found guilty of harboring people crossing the border illegally can face up to ten years in prison, and fines, according to U.S. Code Title 8.

“Trying to save peoples lives is an important endeavor,” Saltonstall said.