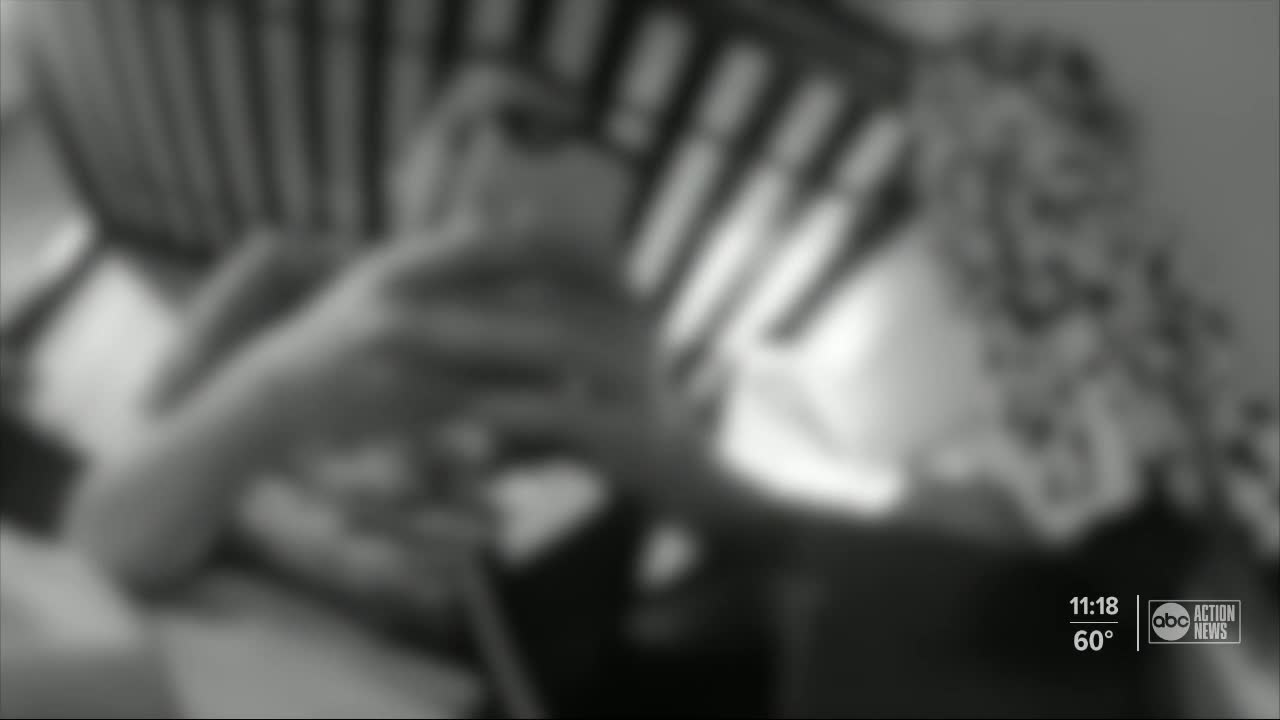 Accused child sex traffickers lured two teen boys to St. Petersburg using video games, online apps and even the promise of a puppy, the I-Team uncovered in new details of the horrific case that made headlines last year. 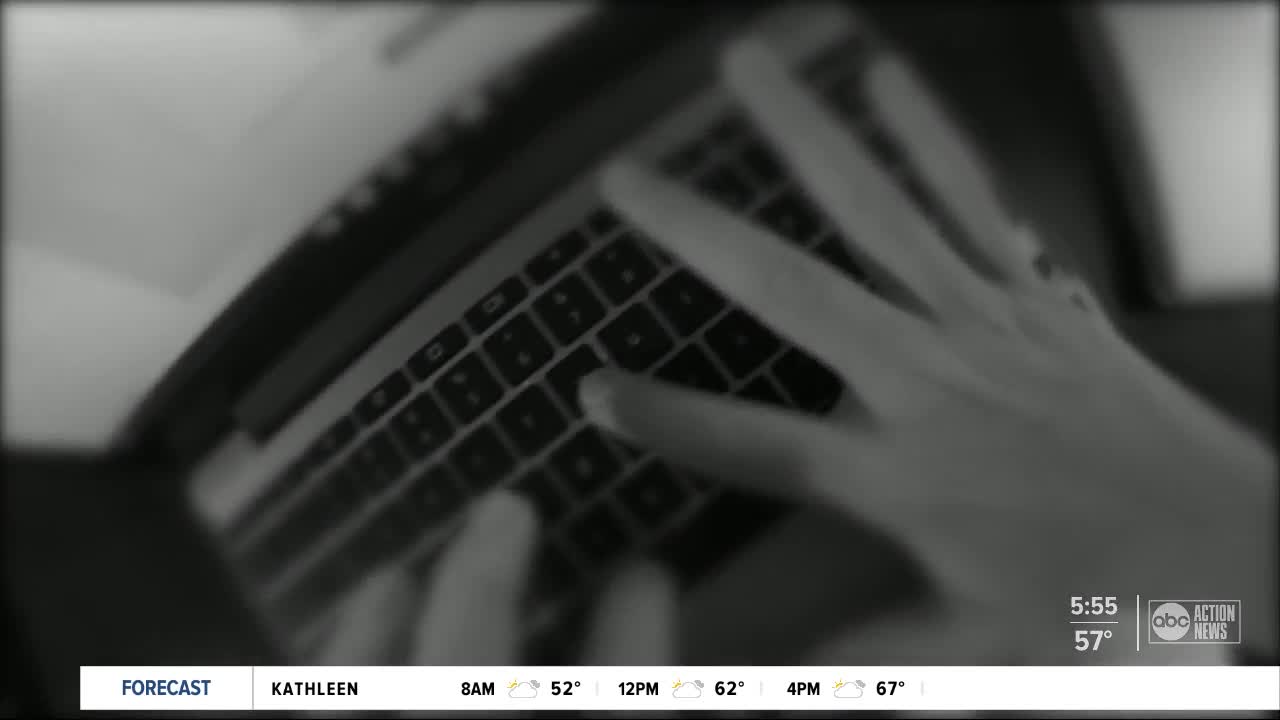 Police said the men used video game chats and online apps, including Omegle, Roblox and Discord to find and communicate with their victims.

A 2016 study funded by the U.S. Department of Justice estimates 36 percent of child sex trafficking victims are boys.

Neighbors at the mobile home park where the victims were held say they met and saw the first victim, a 16-year-old boy, with his accused traffickers. However, the neighboys never suspected he "was forced to serve as their own personal sex slave" — according to a probable cause affidavit.

The boy first met accused traffickers Mark Dennis and Andrew Clements at their April 2017 wedding. Police say he was brought to the wedding by a family friend, Eleanor McGlamory, who is also charged with conspiracy in the case.

Court records show Dennis and Clements immediately started texting the boy using Discord, a free messaging and video app, and picked him up at his home 140 miles away just three weeks later.

Police say the men disabled the boy's cell phone, so he couldn't be tracked and then gave him a new name, birth date, and back story.

Mark Dennis, Andrew Clements, Curtis Gruwell and Michael Schwartz all lived in the trailer with the boy at Silver Lake Mobile Home Park. Two other men, Michael Blasdel and J.R. Gauthier, regularly visited the trailer, according to police reports.

All six men currently face charges of conspiracy to commit human trafficking, among other charges.

But neighbors at the trailer park said they didn't suspect anything unusual was going on inside the trailer until police announced the charges in early 2019.

Nobody reported seeing anything

The trailer was just feet away from the mobile home park's garbage containers where residents of the 600-unit complex dump their trash.

"As many times as I went to the garbage can — because they live across from the garbage can — I never heard anything, never saw anything out of order," neighbor Allene Dixon said. "They would ride by in the golf cart and wave."

Neighbor Mary Homerding said she didn't suspect anything was amiss when she saw the first victim.

"The kid was polite. He seemed happy," Homerding said.

She said she saw the first victim only once, riding in a golf cart with Clements.

"He introduced him as his adopted son and the boy agreed," she said.

When she didn't see the boy again, Homerding said she figured the adoption didn't work out.

Homerding said neighbors didn't suspect the men because they were well-liked in the community.

"They put on a good front," Homerding said. "They were always polite. They joked around."

Dotti Groover-Skipper, an anti-trafficking expert, said it's not uncommon that neighbors didn't notice a child sex trafficking victim was living in their midst.

"People are so busy that they go about their life and they don't always look at clues or look at signs that something could be wrong," Groover-Skipper said. "It's so under the radar most of the time that the majority of the world has no clue that this type of thing is going on."

Abigale Ackerman said she met the first victim when the men brought the boy to a Pasco County pagan festival in early 2018.

"I asked him if there was anything going on. It seemed like he was really depressed," Ackerman said.

She said Dennis offered to pay her $2,000 to make the boy a fantasy costume, but the deal never happened.

"They wanted me to make him a blue and white husky suit for his birthday," said Ackerman, who revealed the men also showered the boy with other gifts. "(They gave him) expensive things like game consoles, a full-blooded husky puppy that they bought him."

The police reported finding that husky in the trailer after the boys were rescued.

Groover-Skipper said the gifts are all part of the grooming process traffickers use on victims.

According to police reports, Mark Dennis called himself "Grand Master" and referred to the other men and the boy as his "pups" during bondage rituals. The entire group referred themselves as the boy's "family circle," police said.

Groover-Skipper said traffickers know how to prey on victims' deep-rooted need to belong and be part of a family.

But police recovered text messages showing the boy was unhappy

"I'm stressed to high hell," the boy texted nearly a year into captivity. "I don't want sex all the time."

"Which is such a shame when such a tight group of people who love you have come into your life," one of the accused abusers replied.

In 2018, police reported that the men met a new victim online — a 17-year-old Louisiana boy whom they convinced to come live with them.

Eleanor McGlamory and Curtis Gruwell drove about 10 hours to pick the boy up in the woods near his rural Louisiana home in the dead of night, court records show.

Three days later, Louisiana police found the boy's online messages and alerted St. Petersburg Police, who found the missing Louisiana boy and the Marion County boy and rescued them from the trailer.

All seven suspects are currently behind bars awaiting trial, which is set for early May.

The Florida Attorney General's Office says Blasdel, Gruwell and Gauthier have entered plea agreements and have agreed to testify at the trial.

The Florida Department of Children and Families says it's important for parents to manage their child's use of multimedia by setting ground rules, explaining safety rules, keeping the computer in a common room and monitoring online activity.

The National Center for Missing and Exploited Children has age-appropriate information for children and their parents to learn how to protect themselves online and avoid becoming a victim.

You can find information by clicking here.

This story was originally published by Adam Walser on WFTS in Tampa, Florda.