Aetna pulls back from Obamacare 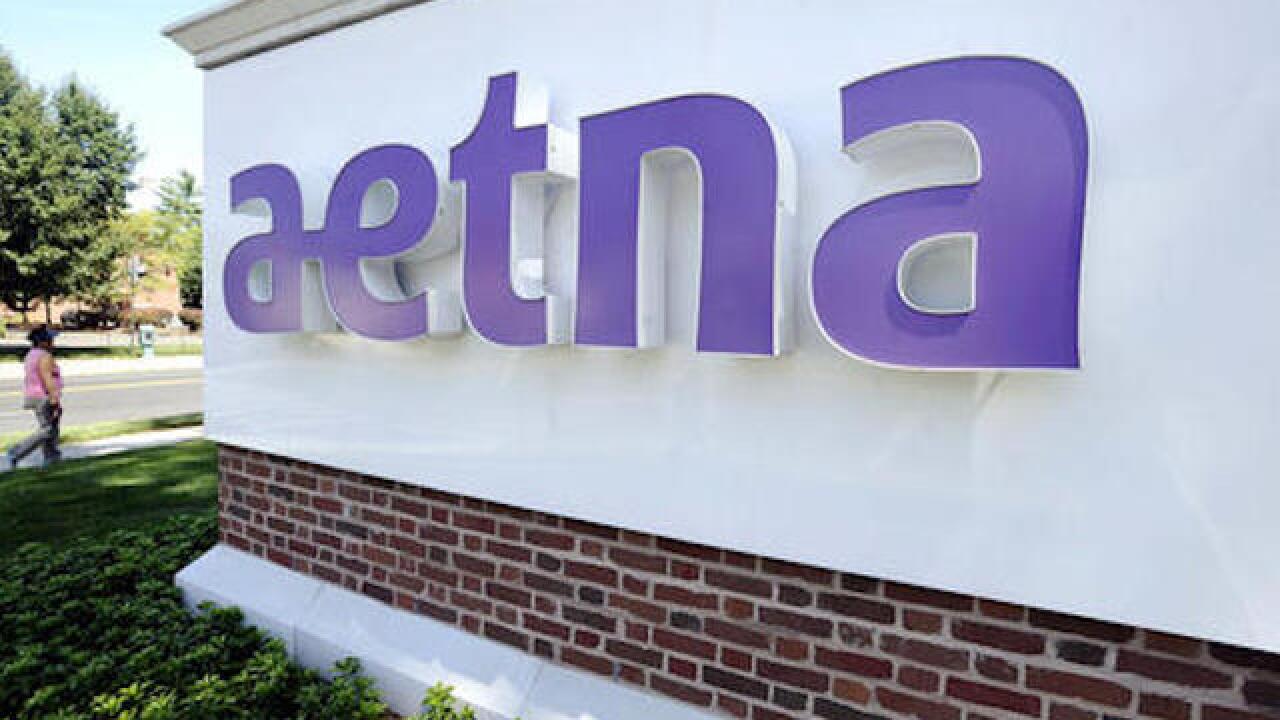 Copyright Associated Press
Jessica Hill
<p>In this Tuesday, Aug. 19, 2014, photo, a pedestrian walks past a sign for Aetna Inc., at the company headquarters in Hartford, Conn. Aetna will become the latest health insurer to chop its participation in the Affordable Care Act’s public exchanges when it trims its presence to four states for 2017, from 15 this year.  (AP Photo/Jessica Hill)</p>

Aetna has become the latest health insurer to retreat from the Affordable Care Act's public exchanges by announcing a pullback that will further deplete customer choices in many pockets of the country.

The nation's third largest insurer says it plans to leave nearly 70 percent of the counties in which it currently sells coverage as it trims exchange participation to four states in 2017, down from 15 this year. The insurer's late Monday announcement comes after UnitedHealth and Humana detailed their own exchange pull backs for 2017 and after more than a dozen nonprofit insurance co-ops have shut down in the past couple years.

Dwindling exchange participation from insurers is becoming a concern because competition is supposed to help control insurance price increases, and many carriers have already announced plans to seek price hikes of around 10 percent or more for 2017. Some states like Alaska and Oklahoma will be left with only one participant selling individual coverage in 2017.

Urban markets or places with higher populations should still have plenty of health insurance choices on their exchanges for 2017, said Sabrina Corlette, a research professor with the Georgetown Health Policy Institute. But that may not be the case in many rural markets.

They can be less attractive to insurers because there are fewer customers over which an insurer can spread costs, and hospitals and other health care providers can build dominating market positions, making them formidable negotiating foes over rates.

Health insurers have been finalizing their exchange plans over the past several weeks, ahead of the Nov. 1 start of enrollment for 2017 coverage.

Corlette said it may still make take a few more years for insurer exchange participation to settle out, and the government may have to step in to tweak the market for insurers, "but I don't think the market places are crashing and burning by any means."

Aetna had said earlier this month it was canceling expansion plans for its exchange business in 2017, and it promised a hard look at its current participation. The company covered about 838,000 people through the individual exchanges at the end of the second quarter.

The exchanges have helped millions of people gain health coverage, most with help from income-based tax credits. But insurers say this relatively small slice of business has generated huge losses since they started paying claims in 2014. Insurers have struggled to enroll enough healthy people to balance the claims they pay from high-cost customers, and they have complained about steep shortfalls in support from government programs designed to help them.

The nation's largest insurer, UnitedHealth Group Inc., had expanded rapidly into the public exchanges and sold coverage in 34 states this year. But it only plans to offer policies in three states next year, Nevada, Virginia and New York.

Aetna has said it has been swamped with higher than expected costs, particularly from pricey specialty drugs. The nation's third-largest insurer said a second-quarter pre-tax loss of $200 million from its individual insurance coverage helped it decide to limit exposure to the exchanges.

Aetna hasn't ruled out a future expansion on the exchanges "should there be meaningful exchange-related policy improvements," Chairman and CEO Mark Bertolini said in a statement.

Government officials say the exchanges are improving and healthier people are signing up, which helps insurers balance the claims they get from sicker customers.

"Aetna's decision to alter its Marketplace participation does not change the fundamental fact that the Health Insurance Marketplace will continue to bring quality coverage to millions of Americans next year and every year after that," said Kevin Counihan, CEO of the federal exchange operator HealthCare.gov, in an emailed statement.

Some insurers are expanding on the exchanges.

Cigna Corp., which offers coverage in seven states, plans to add some new markets next year. Those include Chicago, Raleigh, North Carolina, and Northern Virginia.

Insurers like Molina that have reported success so far on the exchanges say they have focused on covering low-income customers in markets where they already have an established presence in Medicaid, the state-federal program that covers the poor.

But even Molina has scaled back its growth plans. The Long Beach, California, insurer sells coverage on exchanges in nine states and was considering adding two more for next year. But it decided instead to add counties in states where they already have a presence.