A person at the "Storm Area 51" Facebook event sent the internet into a tizzy after doing the "Naruto run" behind a KTNV investigative reporter's live shot. 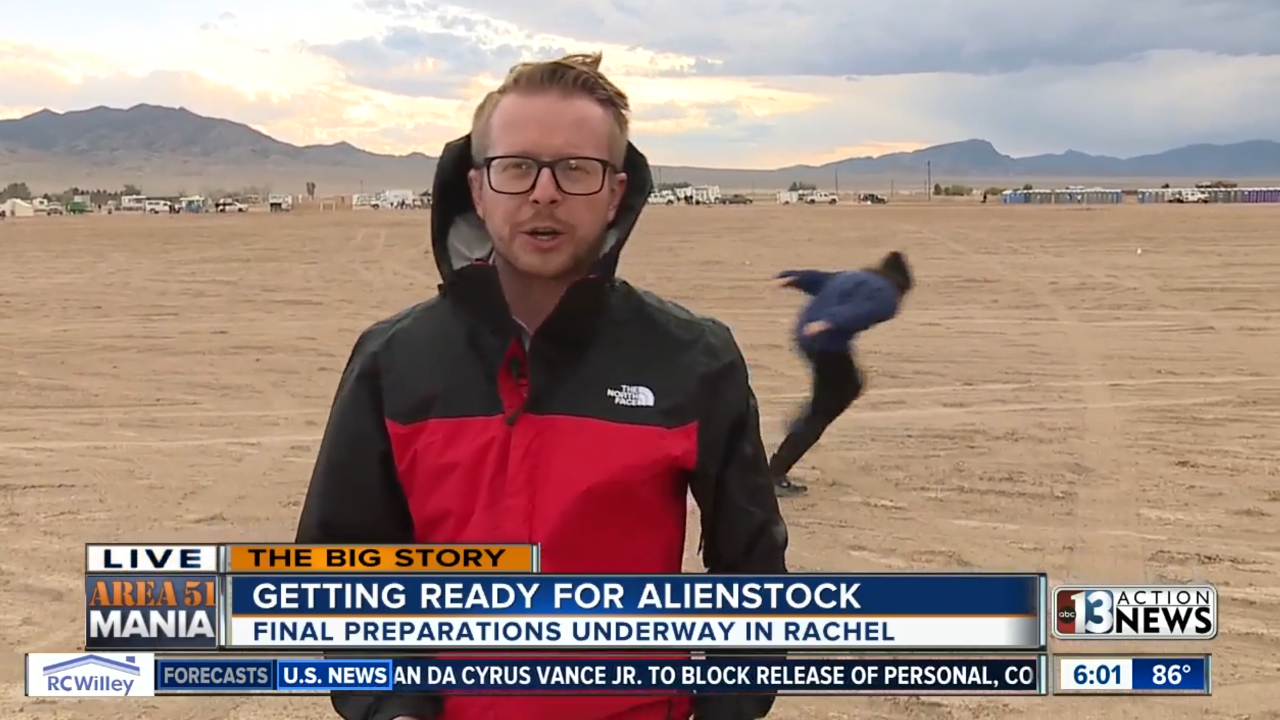 Though the "Storm Area 51" Facebook event started as a joke, it has taken on a life of its own as people gather to "see them aliens."

And one hopeful alien viewer sent the internet into a tizzy after doing the "Naruto run" behind a KTNV investigative reporter's live shot.

What's a "Naruto run" you ask? A Naruto or ninja run is a style of running in which person or character runs leaning forward with their arms outstretched behind them. It's often seen in anime cartoons, and particularly "Naruto," hence the name. It has become a widely popular meme.

People on social media were more than thrilled to see a Naruto run get its time on live television. An unidentified Area 51 goer sprinted behind investigative reporter Joe Bartels during his live shot, spawning jokes, praise and a new appreciation for live television news.

Not all heroes wear capes. Some naruto run on television. pic.twitter.com/vR6LWnMBW5

that Naruto run tho Lmaoo pic.twitter.com/V1Mzknp359

Naruto run! Some guy who's probably going to get himself killed is the first 'Storm Area 51' meme https://t.co/uNWdP8aZMy pic.twitter.com/f9ARtKh5lk

DID THIS PERSON JUST NARUTO RUN IN AREA 51? SJDJDJDKK pic.twitter.com/o1wx1qNnFe

It was the first recorded Naruto run at the "Storm Area 51" event that happens today.

The Naruto run has been connected to the Storm Area 51 Facebook event by the humorous description of the happening on Facebook, which read "We will all meet up at the Area 51 Alien Center tourist attraction and coordinate our entry. If we naruto run, we can move faster than their bullets. Lets see them aliens.”