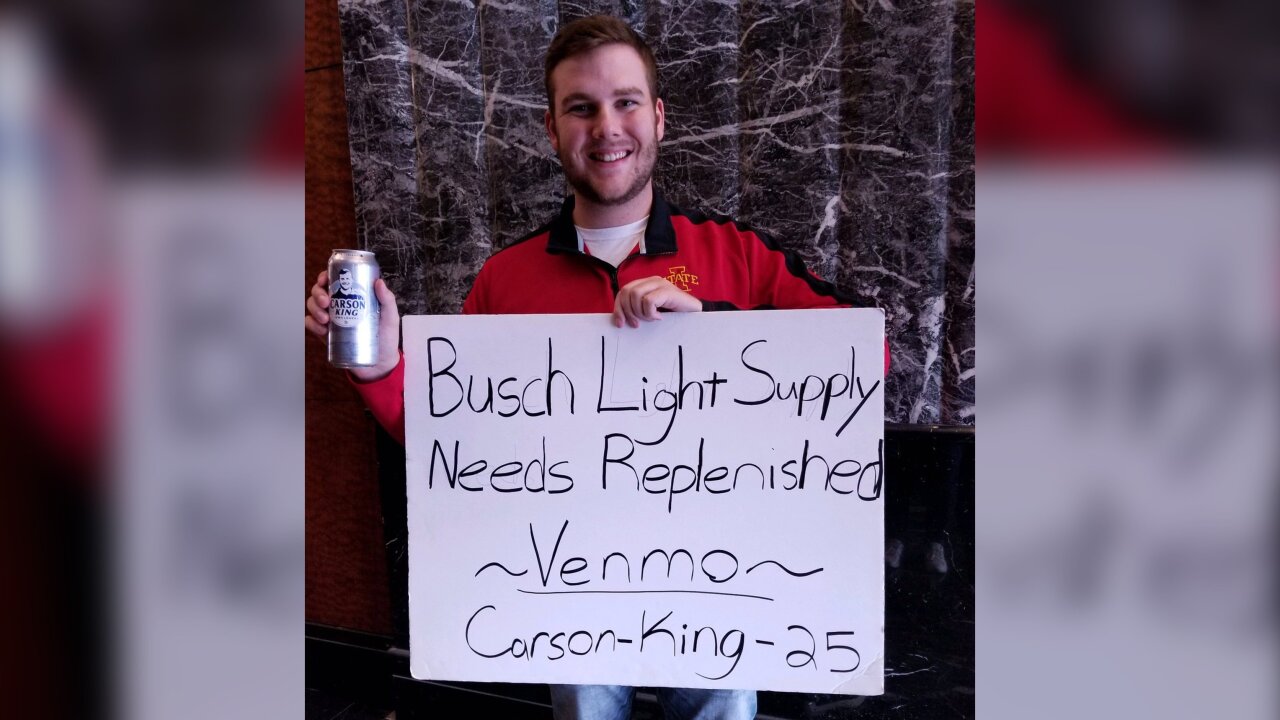 Copyright 2019 Cable News Network, Inc., a Time Warner Company. All rights reserved.
Carson King/Twitter/Carson King/Twitter
A college football fan who held up a sign on national TV asking for beer money has raised more than $1 million -- and he's giving it to a children's hospital.

(CNN) -- A college football fan who held up a sign on national TV asking for beer money has raised more than $1 million -- and he's giving it to a children's hospital.

He displayed it on September 14, during ESPN's "College GameDay," broadcasting from Ames, Iowa, ahead of the matchup between the Iowa Hawkeyes and the Iowa State Cyclones.

His phone immediately blew up with notifications from Venmo, King told CNN. Within 30 minutes, the 24-year-old had raised $400.

"I didn't think I would make anything, it all started as a joke," he said.

After speaking with his family, he decided that, minus the cost of one case of Busch Light, he'd give the rest of the money to the University of Iowa Stead Family Children's Hospital.

As word spread of his plans to donate the money, more people decided to contribute. Busch Beer and Venmo even caught wind of his plans, and raised the stakes by pledging to match his contribution.

By Sunday morning, the contributions -- including Busch Beer and Venmo's matches -- had reached $1 million, and were continuing to rise.

Sweetening the pot, Busch said they would send King, now dubbed the "Iowa Legend," a year's supply of Busch Light, and even put his face and name on the cans.

Stead Family Children's Hospital said they were overwhelmed by King's generosity, and the generosity of all the donors who pledged their support.

"We can't think -- our minds are blown by all of this!" the hospital said in a tweet on Saturday. "Thank you to everyone who helped reach this milestone! We're so grateful!

King said he too was ecstatic about reaching the $1 million mark only halfway through the campaign, which will continue through the end of September.

"The University of Iowa's Stead Family Children's Hospital does amazing work for kids and families all over the country," he said. "I just wanted to help them out in anyway I could."