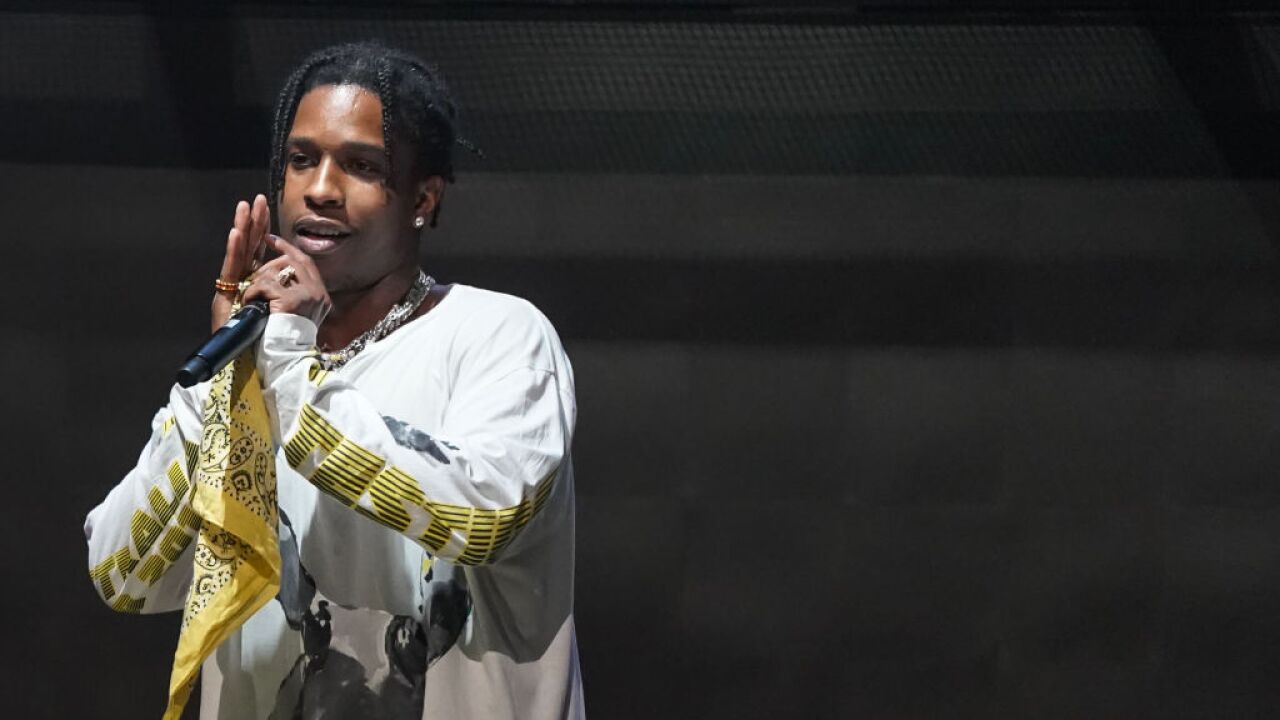 US rapper A$AP Rocky has been found guilty of assault and handed a conditional sentence after a street brawl in Stockholm.

The performer and two members of his entourage were convicted by a Swedish court on Wednesday, following a confrontation in the Swedish capital on June 30.

Stockholm District Court said in its ruling that the performer's claim of self-defense had been rejected.

Swedish public prosecutor Daniel Suneson had argued during the trial that the artist and the two other men -- David Rispers and Bladimir Corniel -- assaulted the victim by kicking and beating him with a whole or part of a glass bottle while he lay on the ground.

A$AP Rocky, who pleaded not guilty to the charges against him, had argued that the trio were simply defending themselves.

The rapper will avoid more jail time, however. The musician was handed a conditional sentence after the court determined the assault was not "of a serious nature" and did not justify more jail time.

Known for his song "Praise the Lord," the 30-year-old rapper -- whose real name is Rakim Mayers -- was released by Swedish authorities at the conclusion of the trial on August 2 and left the country shortly afterwards.

He was not required to appear in court for Wednesday's ruling.

In response, Löfven's spokesperson Mikael Lindström said in a statement to CNN at the time that "the Government is not allowed, and will not attempt, to influence the legal proceedings, which are now ongoing."

Swedish officials repeatedly stressed that the country's judiciary is "completely independent" and "does not take into consideration outside pressure from politicians or others."

The rapper addressed the case during a performance at a music festival in California on Sunday, according to Reuters .

"Hopefully we won't have to go back to jail or nothing like that, that would be crazy," he told the audience at the Real Street Festival -- his first public appearance since his release. "It was an unfortunate event and I'm just trying to stay blessed."