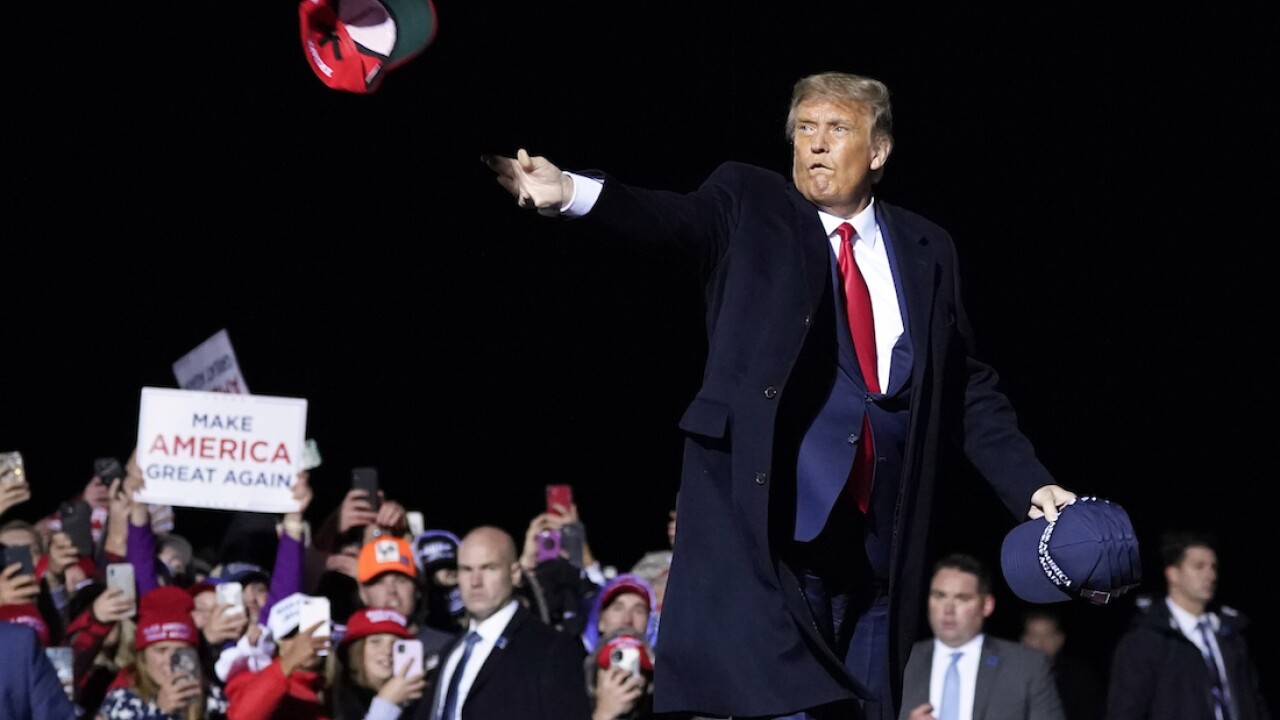 The Department of Health said Friday that two more cases were associated with a counter-protest nearby.

Trump has visited Minnesota frequently this cycle in hopes of becoming the first Republican to win there since Richard Nixon in 1972.

At his airport stop in Bemidji, about 200 miles (320 kilometers) north of Minneapolis, there was little sign of social distancing among the thousands of attendees, and many went without face masks.

But health spokesperson Doug Schultz said the rally and a wedding the following day were “likely drivers” of increases in COVID-19 in Beltrami County in September.

Trump himself tested positive for the coronavirus on Oct. 1.

He was airlifted to Walter Reed Medical Center in Maryland last Friday and then discharged on Monday.

In September, the Minnesota Health Department confirmed to E.W. Scripps that a biker from Minnesota, who had COVID-19 and attended the Sturgis Motorcycle Rally in South Dakota, died.