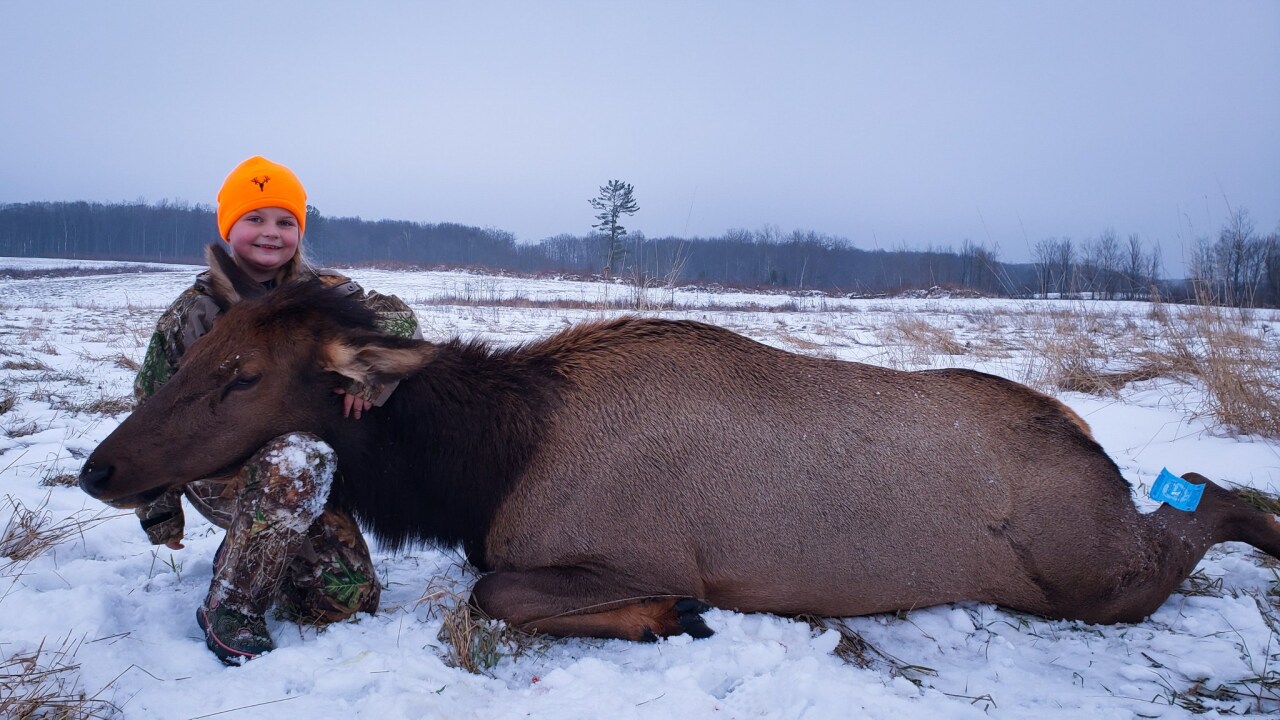 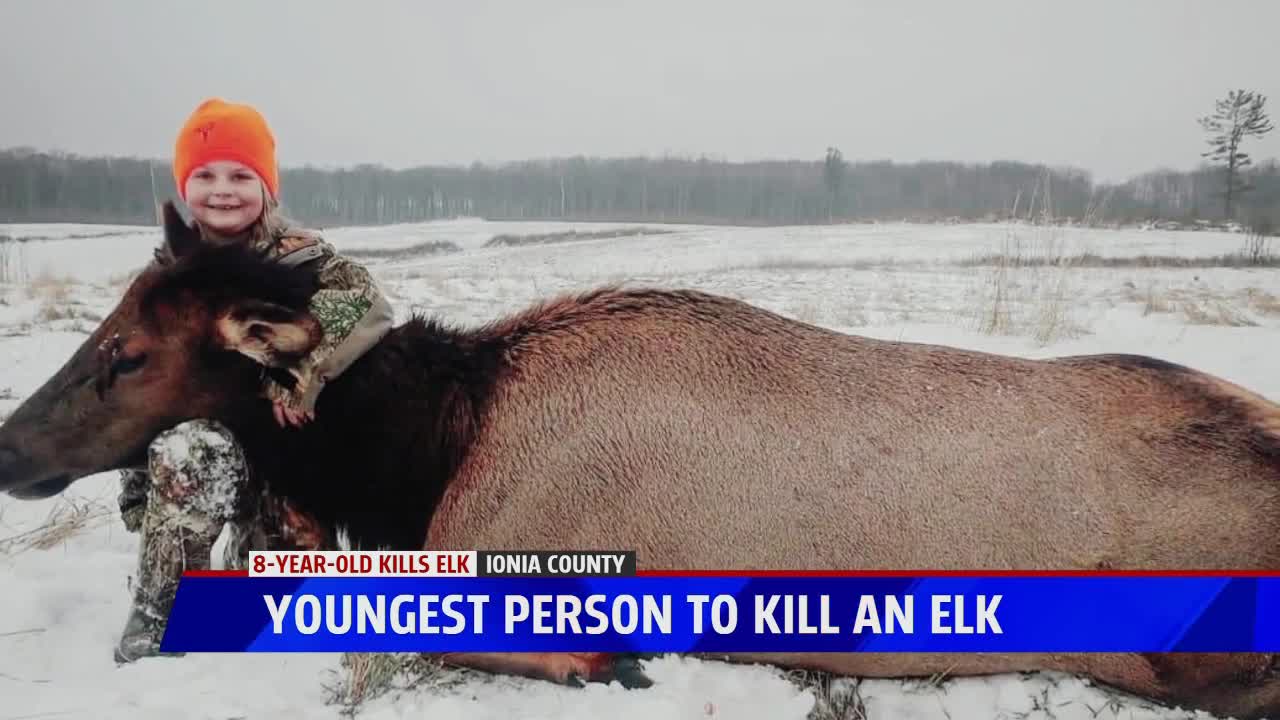 An 8-year-old girl is the youngest person on record in the state of Michigan to successfully hunt an elk.

On Dec. 14, Braeleigh Miller was out hunting with her dad when she shot and killed a nearly 400-pound elk.

"They were all still in the field when it got daylight, and we waited for legal shooting hours, and we snuck across the field and they were in a perfect position in the field, I mean it couldn't have unfolded any better," Braeleigh's dad Gunnar Miller said.

He said with the help of a guide, they located a gang of elk the night before.

Usually when she goes hunting, she's the only girl among her male relatives.

Gunnar Miller said when he saw what his daughter accomplished, he had tears in his eyes.

"Yeah I got pretty worked up, I was pretty excited," Gunnar Miller said.

He said his daughter made the shot from over 200 yards away, which was her longest shot ever.

"Youth hunting in Michigan is a dying sport, and that's why Michigan actually opened the mentor youth program after studies that have proven in Michigan is that the younger a kid is when they actually get into hunting, the more likely they are to continue it throughout their life," Gunnar Miller said. "So doing that study and everything obviously I would have gotten my kids into hunting at a young age no matter what, but to have the opportunity to have them be the one that's pulling the trigger and actually harvesting the animal at a young age is a huge opportunity for them that we didn't have when we were younger."

Braeleigh said when she grows up, she wants to take her kids hunting, too.