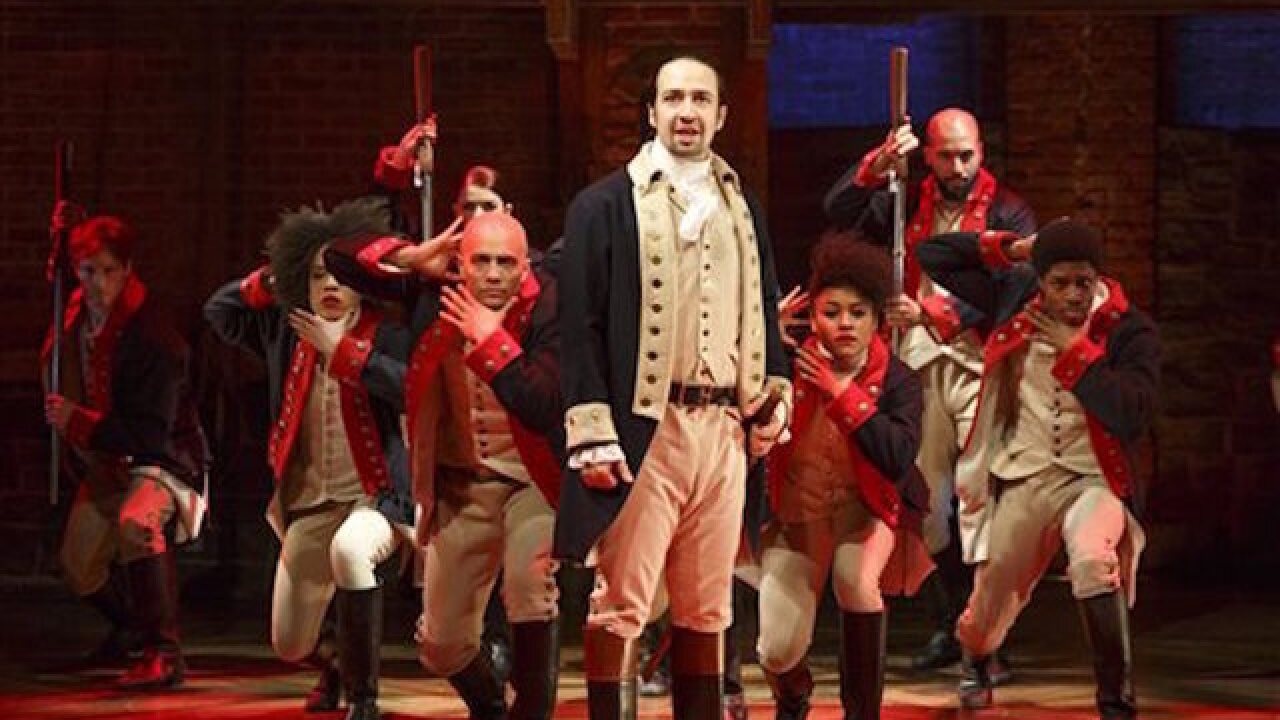 Copyright Associated Press
Joan Marcus
<p>This image released by The Public Theater shows Lin-Manuel Miranda, foreground, with the cast during a performance of &quot;Hamilton,&quot; in New York. A PBS special this fall on the Tony Award-winning musical will feature at least 15 minutes of performance footage with creator Lin-Manuel Miranda and his team. (Joan Marcus/The Public Theater via AP)</p>

The foundation said Thursday the funding would allow students as some schools in Chicago, Los Angeles, San Francisco and the District of Columbia to see the show for $10. Plans are already in the works to open a Chicago company of "Hamilton," as well as one for London and a U.S. national tour that starts on the West Coast.

The students will attend special matinee performances and interact with cast members during the program.

The additional funding follows a 2015 pilot program that provided a $1.5 million grant for 20,000 New York City school children to see the Broadway sensation.