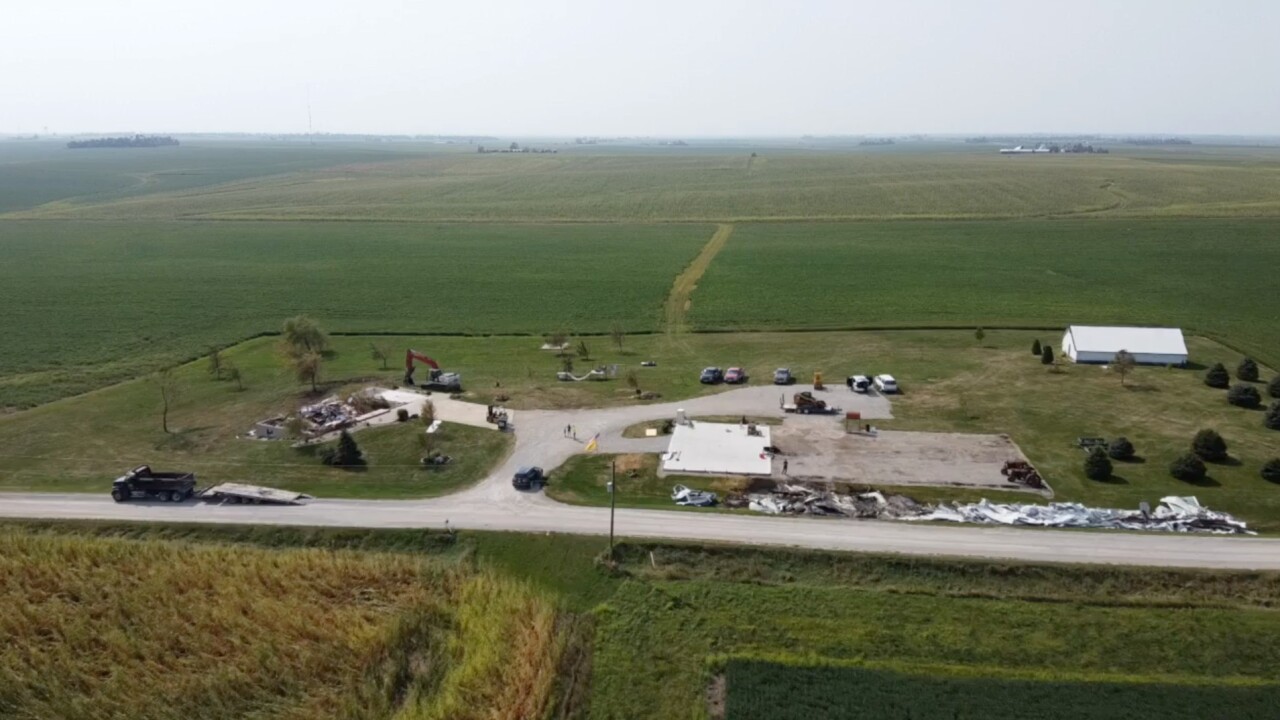 As families along the Gulf Coast deal with the aftermath of Hurricane Laura, people in Iowa are still without power after a derecho with winds of up to 140 miles per hour hit parts of the state on August 10.

The term derecho was derived in the state to characterize a line of fast-moving thunderstorms that can produce hurricane-force straight-line winds.

The storm began in the western part of the state and roared to the east, damaging between 10 million and 14 million acres of farmland in the state.

In Cedar Rapids, apartment buildings sit without rooves and cars lay totaled. The city was the hardest hit in the state as the National Weather Service measured wind speeds equivalent to that of a Category 4 hurricane.

As you drive into Cedar Rapids, however, you see the most widespread damage as once tall-standing corn now bends at 45-degree angles or is completely flattened.

“We had a good crop coming. We really did,” said Becker. “I mean, the biggest worry of everybody out there is how we get through this stuff. What are we going to do?”

Shortly after the storm passed through, President Donald Trump surveyed the damage. Iowa’s Farm Bureau estimates around 6 million acres, or 40% of Iowa’s corn crops alone, were damaged. It has asked the governor to make a $4 billion request for disaster assistance from the federal government.

“This will have a dramatic emotional effect on a lot of producers, a lot of farmers,” said Craig Hill, president of Iowa’s Farm Bureau.

Many farmers work on credit. They can spend millions of dollars on equipment such as grain bins, combines, and tractors, to name only a few. They then can spend hundreds of thousands of dollars on supplies for that year’s harvest, all relying on the money they earn to help pay off the debt and set themselves up for success the following year.

Some corn is salvageable, but it will not weigh the same or produce the same quality, meaning farmers might make back a quarter of what they expected.

Iowa accounts for around 20% of the nation’s corn supply. Considering its importance to livestock, meat and ethanol, the market effects could be far-reaching.

“It’s going to be very difficult for us to get the work done on a timely basis and then the frustration of everything being slowed,” said Hill of the impending harvest set to begin at the end of September.

“It’s just the way it is. Nothing you can do,” added Becker.