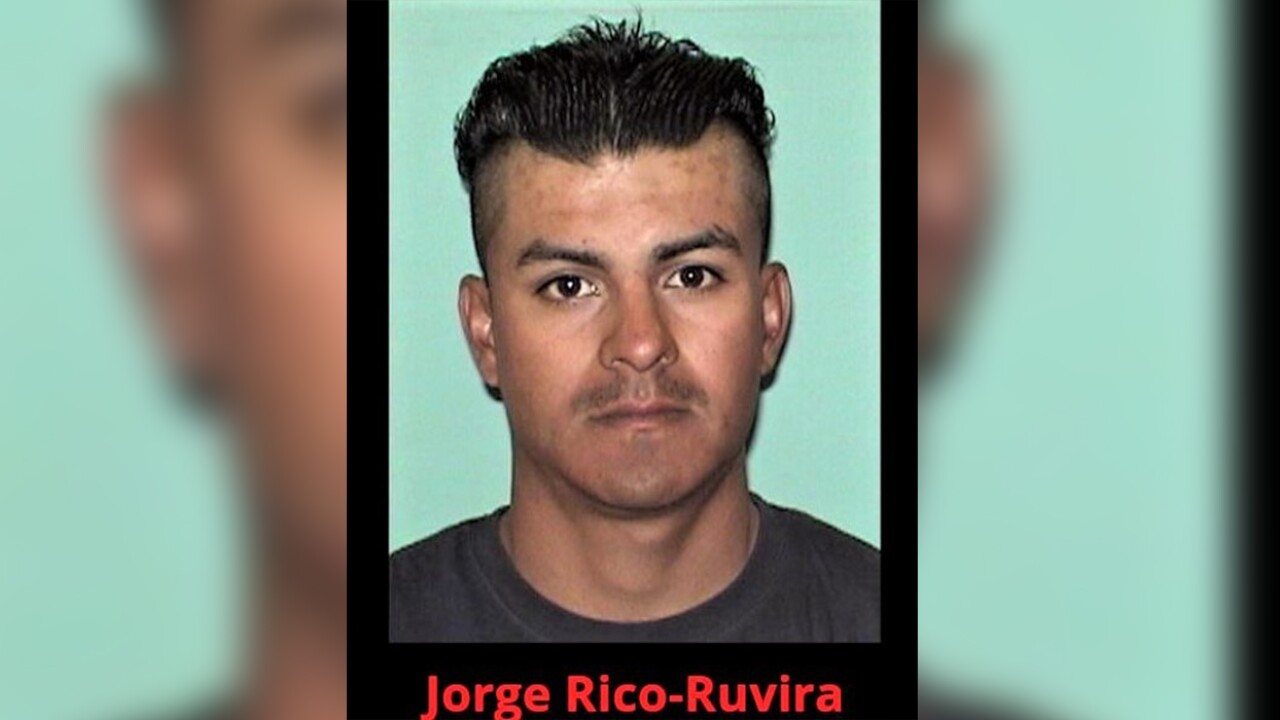 ROSWELL, N.M. (AP) — The FBI is offering a reward for a Roswell man accused of killing the mother of his 3-year-old son before fleeing with the boy.

Federal authorities issued an arrest warrant earlier this month for 32-year-old Jorge Rico-Ruvira on one count of unlawful flight to avoid prosecution. Rico-Ruvira also is facing charges of first-degree murder in state court for the death of 27-year-old Isela Mauricio-Sanchez.

Authorities say Rico-Ruvira may have headed to Mexico, where he has family.

A reward of up to $10,000 is being offered for information leading to Rico-Ruvira's apprehension or arrest.

An Amber Alert was issued Jan. 7 for 3-year-old Osiel Ernesto Rico after the mother was found dead. Authorities say Rico-Ruvira and the boy are believed to be traveling in a maroon 2003 GMC Yukon SUV with a turquoise New Mexico license plate MNF231.