Many living in rural America struggling with housing costs 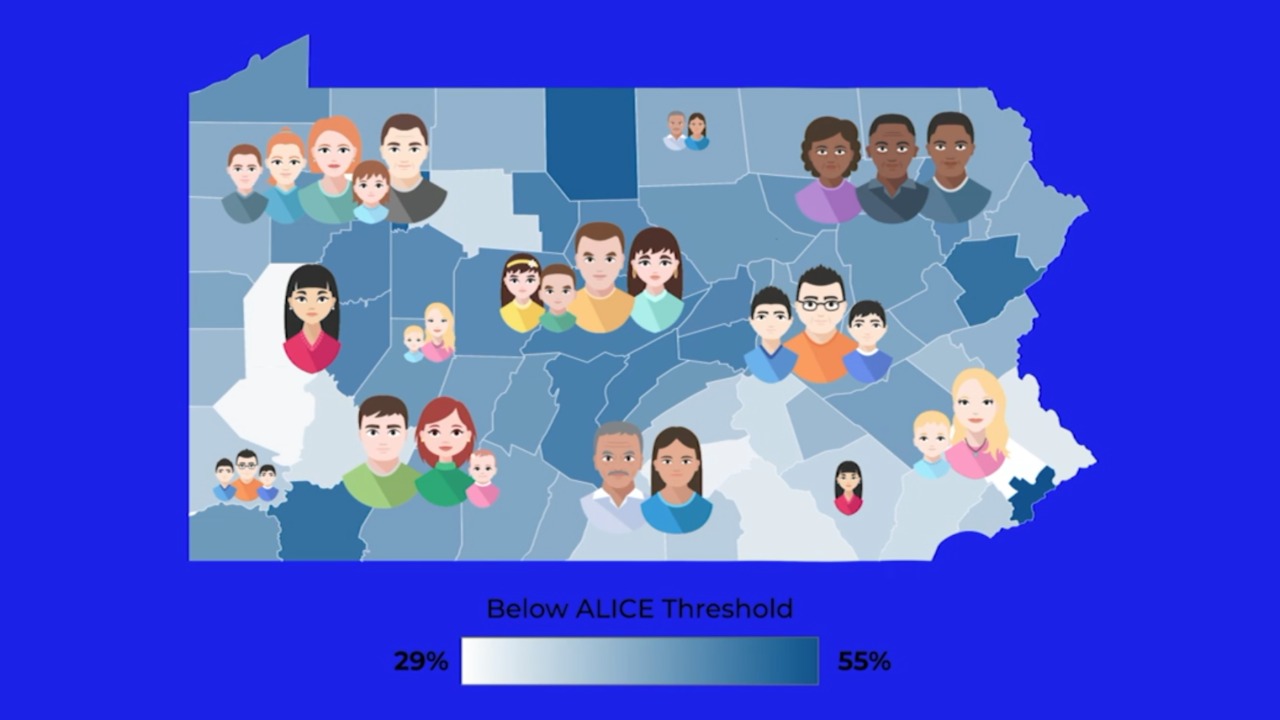 The cost of living in rural America tends to be less expensive than rent in big cities, but even in a rural town like Stroudsburg, Pennsylvania, many working Americans are struggling to get by.

Data from the United Way show 64 percent of households in Stroudsburg are below poverty line or make less than needed to afford basic living expenses.

“I am a single mom of three children, ranging from 22-12,” said Shelly McCarthy. “I work from the time I get up at six in the morning until four at night.”

For the last four years, McCarthy has worked up to four jobs at the same time.

“From waitressing, doing visiting nursing, and also working with developmental adults,” McCarthy explained. “I miss out on a lot of my 12-year old’s activities at school.”

Despite all the hours worked, McCarthy has had months where she couldn’t make the mortgage or had funds for much-needed repairs to her home. As for being able to afford healthier food for the family? That’s out of reach.

“My daughter has a thyroid disease. So, I miss out on cooking healthy meals for her, because I had to cut down,” said McCarthy. “I couldn’t afford healthy food. I couldn’t afford Mediterranean fish.”

“What is happening in America is that the cost of living is outstripping the wages,” said Sarah Jacobi, with Pocono Mountains United Way. “We are seeing over the last 10 years wages increased by 20 percent, but the cost-of-living increased up to 36 percent for a family of four, so people are just falling farther and farther behind.”

The United Way has created a data project known as the A.L.I.C.E., which measures the number of people in America who are Asset Limited Income Constrained Employed. It’s essentially the number of people who make above the federal poverty line but less than what they need to afford basic living expenses.

“Two out of every five American people today are AIICE,” said Jacobi. “This truly is the American experience that people are living every day.”

However, according to the United Way’s data, it doesn’t have to be.

“The ALICE report not only does give us that data, to understand where is ALICE and what is their struggle,” said Jacobi. “But it helps us [to] have insight into what are the cost people are truly facing and how we could craft everything from public policy position to help improve lives of people to how we can create programs boots on the ground able to help people.”

People like McCarthy are hopeful help will come, either from an economic boost that affects more working-class Americans or public policy that focuses on giving people like her a chance to get ahead.