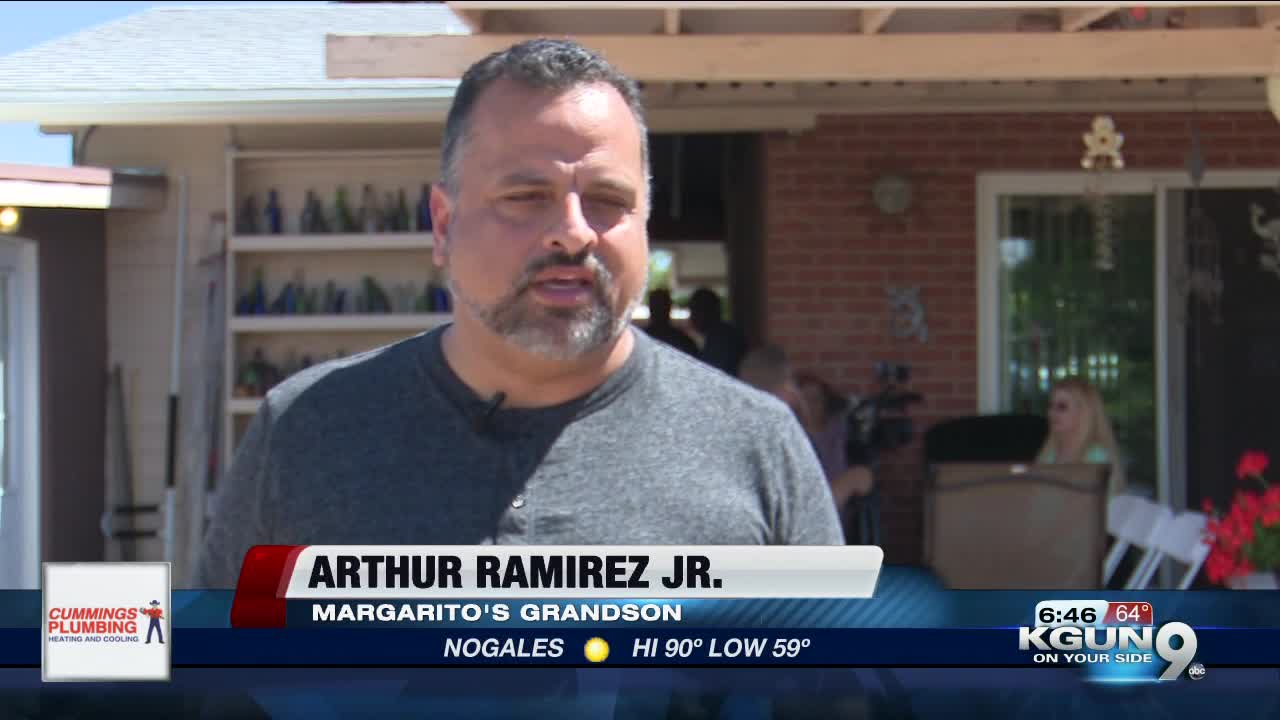 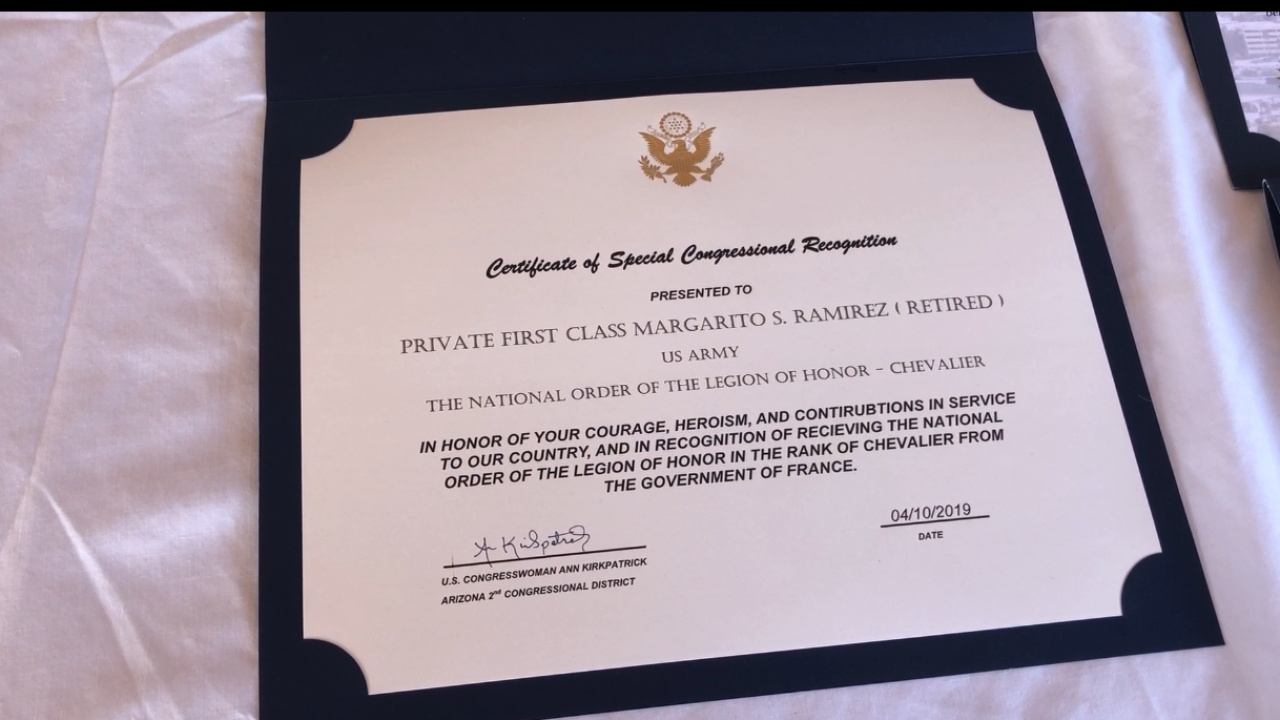 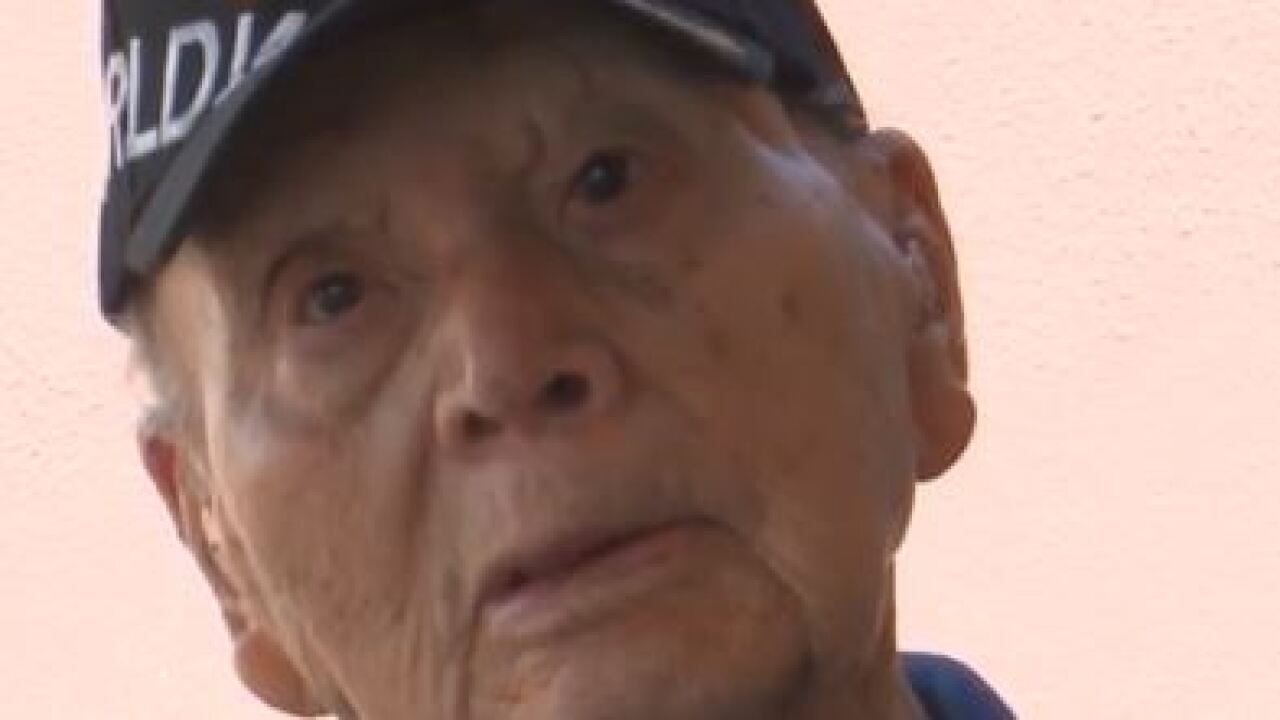 His wife of 78 years, Belia Ramirez, said he was away for three years and eight months, after he they were together for just three years.

"It was hard. I had to raise Albert and Margaret, but I made it. I waited for him," Belia Ramirez said.

TONIGHT AT 10: A War World 2 veteran is receiving a bronze medal from the U.S. Army.

His family and friends said his service inspired 4 generations of veterans in the military.

This story will be tonight on @kgun9. pic.twitter.com/Ub6TqmT8MZ

Margarito came home with injuries to his hands and suffering from Post Traumatic Stress Disorder, but his sacrifice didn't go unnoticed. Margarito inspired four generations of his family to serve their country.

"That legacy that he started and it was him, my dad, me, my brother and then two of my kids," Margarito's grandson Arthur Ramirez Jr. said.

His grandson said he even visited the same battlefield in Berlin, where his grandfather served all those years ago.

The U.S. Army is recognizing Margarito's dedication to his country awarding him a bronze star medal.