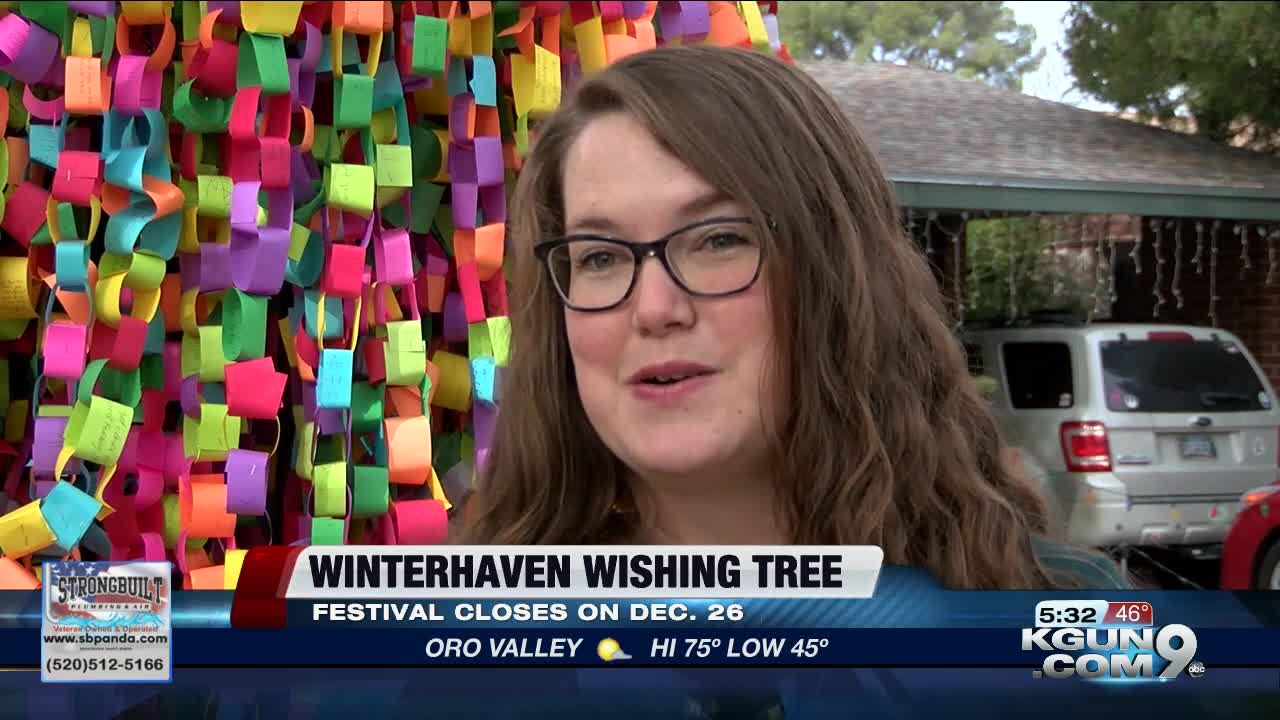 The wishing tree at the Winterhaven Festival of lights has been a Tucson staple for the past 19 years.

TUCSON, Ariz. - The wishing tree at the Winterhaven Festival of Lights has been a Tucson staple for the past 19 years.

The tradition was established back in 1999 by at the time, a middle school aged girl Liz Baker.

RELATED: A must-see home in Winterhaven's Festival of Lights

Baker, who's now older, said she started the wishing tree as a science project.

"I was 13, and I thought, you know, I know a lot of good people and I wonder if that's actually true so I decided to do a science fair project to figure out whether people inherently good or whether they were more selfish," Baker said.

After that first year, Baker took all of the wishes down and went through them one by one. She found most of the wishes people has written down and hung up were selfless and not selfish at all.

Baker said people were so committed to the wishing tree the Baker family decided they had to do it every single year, and so they continued the tradition.

"So many families count on it to be tradition that they stop by to take part of," said Baker.

Baker added that she believes they are on track to get right around 20,000 wishes this year.

After the festival is over, the Baker family keeps every single wish and stores them. Baker said she hopes to one day write a book about the wishing tree and somehow incorporate the wishes they've collected over the years.

The wishing tree is expected to be up through the end of the Winterhaven Festival, which is on Dec. 26.