The winners of the Arizona Department of Transportation’s safety message contest have been selected.

After tallying more than 2,500 votes for the 15 safety message finalists, the winning messages are: 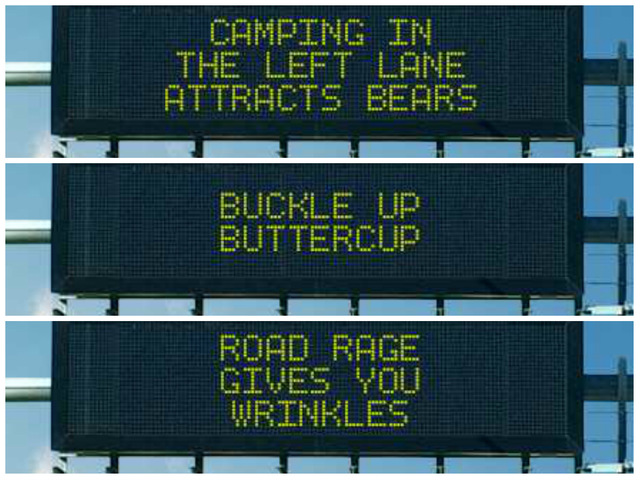 “Buckle up, buttercup,” received the most votes and the other two tied for runner-up.

All three messages will appear on overhead signs statewide through the weekend, according to a media release from ADOT.

Winners have been invited to ADOT’s Traffic Operations Center where they’ll have the opportunity to type their messages into the system and see them displayed on overhead messages boards.

The four submissions that included information that allowed winners to be contacted are: Tasha Anderson of Youngtown; Susan Henry of Glendale; Dianna Schoening of Peoria; and Lily Hutt of Cave Creek.