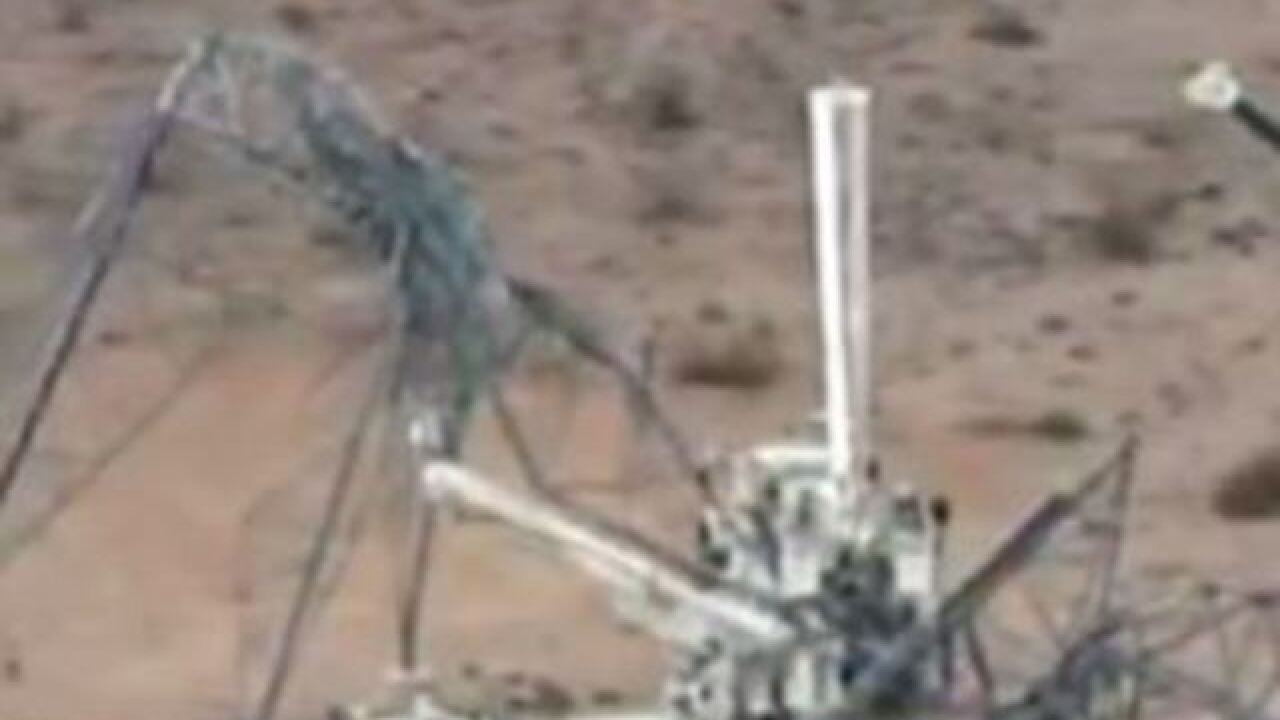 Copyright 2018 Scripps Media, Inc. All rights reserved. This material may not be published, broadcast, rewritten, or redistributed.
Villarreal, Phil
<p>The Salt River Project says four of its big transmission towers located in the desert on the far western outskirts of metro Phoenix need to be replaced after being severely damaged by high winds last weekend.</p>

Garcia-Likens says crews have begun work to erect temporary replacement structures and that permanent replacements will be put up by early winter.