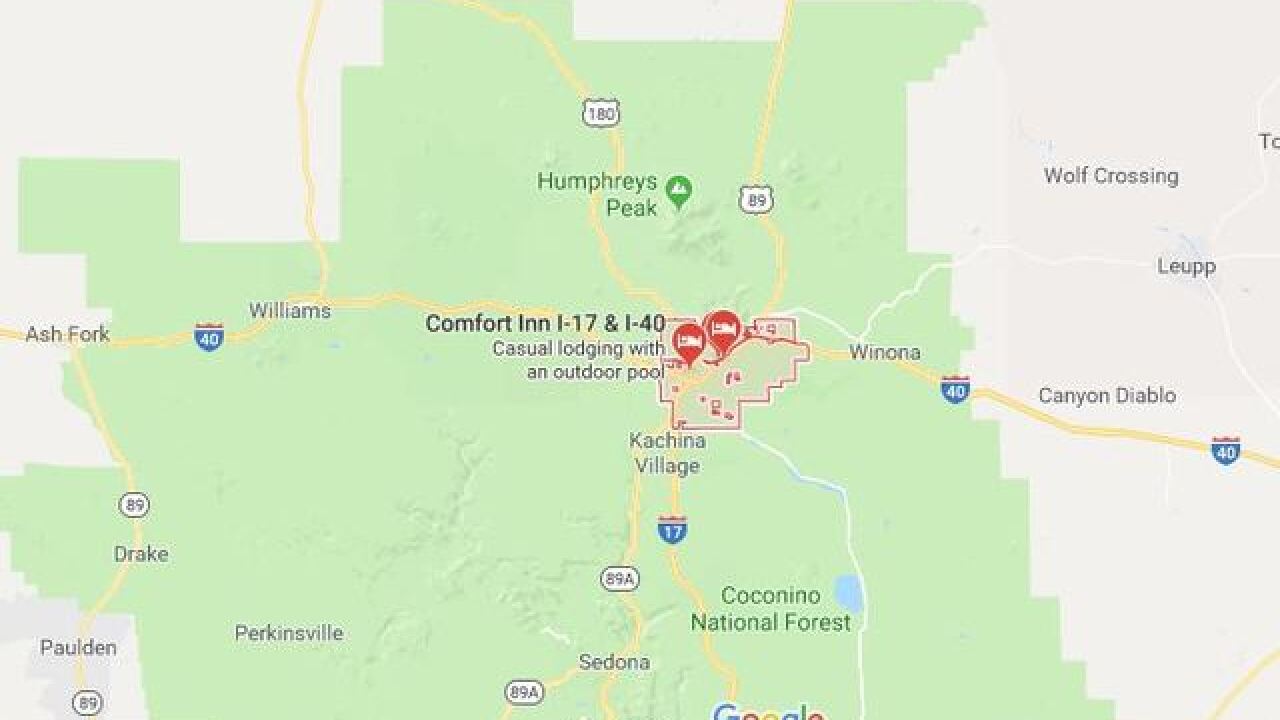 GOOGLE MAPS
<p>Coconino County authorities are trying to identify the body of a man found in the Flagstaff area last week.</p>

FLAGSTAFF, Ariz. (AP) — Coconino County officials say a wildfire that flared up again Tuesday after first being suppressed Monday on Flagstaff’s rural eastern outskirts damaged some structures but that evacuations are no longer needed.

Officials said an investigation into the fire in the Doney Park area east of U.S. 89 was underway. It wasn’t immediately known how many homes were in the area evacuated Tuesday or what type of structures and how many were damaged.

The fire was estimated at up to 2 acres before it was first knocked down Monday evening.