In a small town, where locals say rumors can travel fast, there is something that has stayed a secret for more than a year.

In a small town, where locals say rumors can travel fast, there is something that has stayed a secret for more than a year. 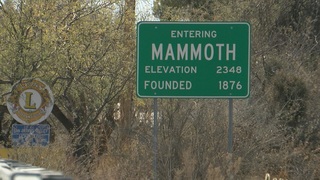 The mid-afternoon light streams into Linda Vargas’ salon through closed miniblinds which hang in the only window of the small brick building.  The buzz of her clippers almost drowns out the country music playing on the radio against the other wall. She’s giving two young brothers haircuts while their mother watches and scrolls through her phone.

Next to a large mirror, is a white piece of paper showing the smiling faces of Mark Reynoso and Maria Desantiago. Vargas cut Reynoso’s hair for years. 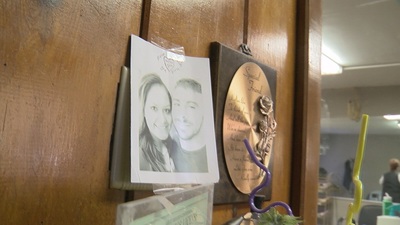 “He gets a one on the side and then scissors on the top, kind of makes it spiky,” Vargas said.

Her salon is in the heart of the small community of Mammoth, north of Tucson on Highway 77. The population currently hovers around 1,500 people, about 300 people fewer than its peak, when the mines in the area were still active.

This is the second time Vargas has worked in Mammoth. Before returning four years ago, she cut hair in San Manuel, 16 miles south. Reynoso made the drive to see her.

“People are real loyal here,” she said while ushering one boy out of her chair and swooping a black smock over his older brother.

“I still can’t believe it happened.”

On January 31, 2017, Reynoso, 34, and his girlfriend, Maria Desantiago, 28, were found shot to death outside the apartment they shared on the edge of town.

Joe Reynoso was the first to find 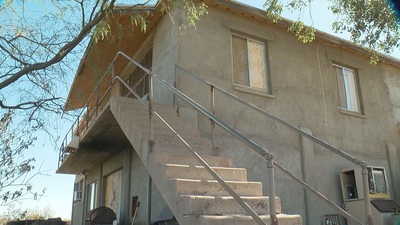 his son and Maria. They had been shot, and their bodies were underneath a tree. He came home and told his wife, Lanie.

“I can see them all the time. You're never going to forget it,” she said. “It was a violent, violent death.”

“It’s my gut feeling that its somebody known to the family,” said Detective Joe Bonucci, a 20-year veteran of the PCSO.

Det. Bonucci says investigators recovered little evidence at the house and the leads he has pursued have run dry.

“We take pride in doing a good job here at the sheriff's office, and personally I feel like I haven't done that for [the families],” Bonucci said.

“It made us wonder, did [the killer] know them to be able to get that close to them,” said Lanie.

The timing of the murders becamea lead in and of itself. 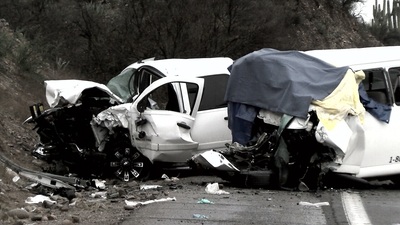 They took place one day after the two-year anniversary of a triple fatal crash north of Mammoth -- a crash prosecutors say Mark caused.

They say he drove into oncoming traffic on Highway 77, and then swerved back into his lane. It was early in the morning and his truck slammed into a van carrying miners to work.

Rodger Fugett, 53, Francisco Calzadillas, 49, and Troy Brownrigg, II, 34, all died at the scene.  Reynoso and four other men in the van here hospitalized with serious injuries.

Many in Mammoth wondered if the murders were related to the crash. Bonucci says he followed up on that possibility.

“We have our suspicions,” Lanie said, but she declined to speculate further. 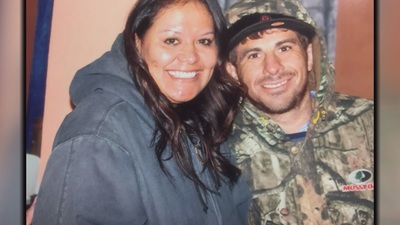 Living without answers is weighing on these families.

Until the killer is found Bonucci says this town can't rest.

"I sure hope someone comes forward," Vargas said. She clicked off the clippers and took a long look at the photo of Mark and Maria on the wall.

Detectives say a gray pickup truck or SUV may have been in the area during the time of the murders, but they're pleading with the public for more help. Any tips that lead to a conviction will earn a $5,000 reward.