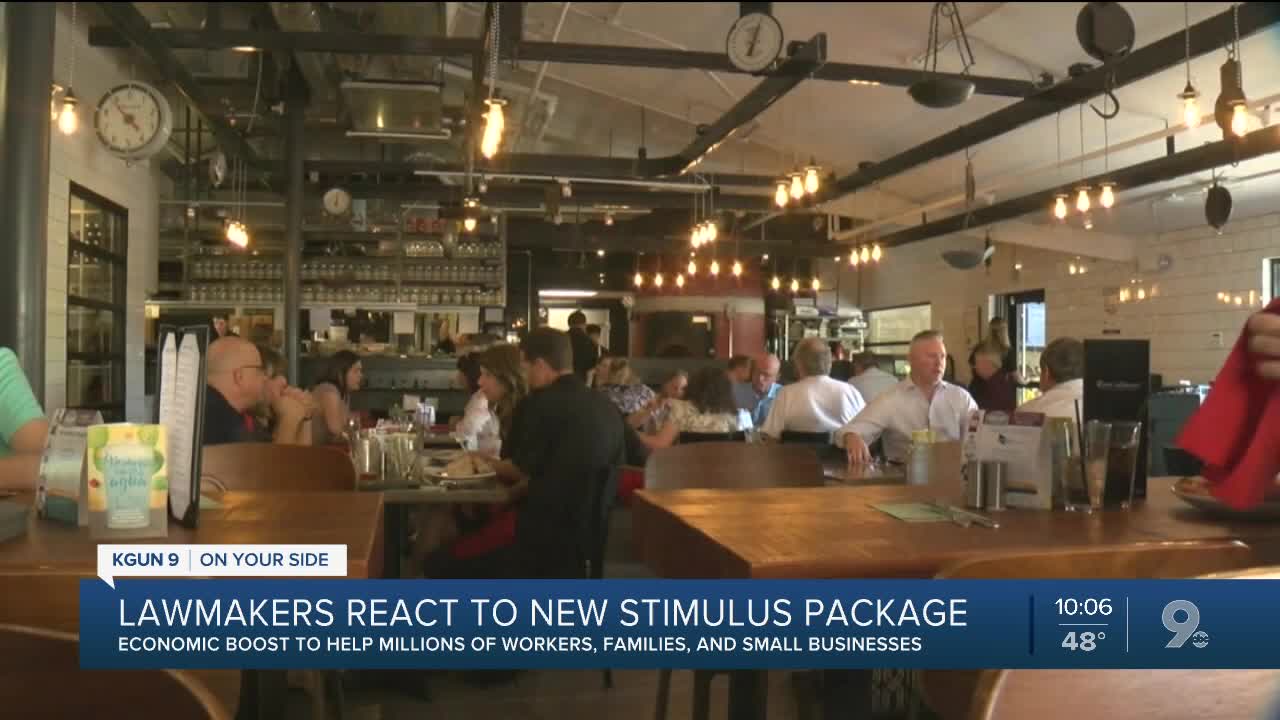 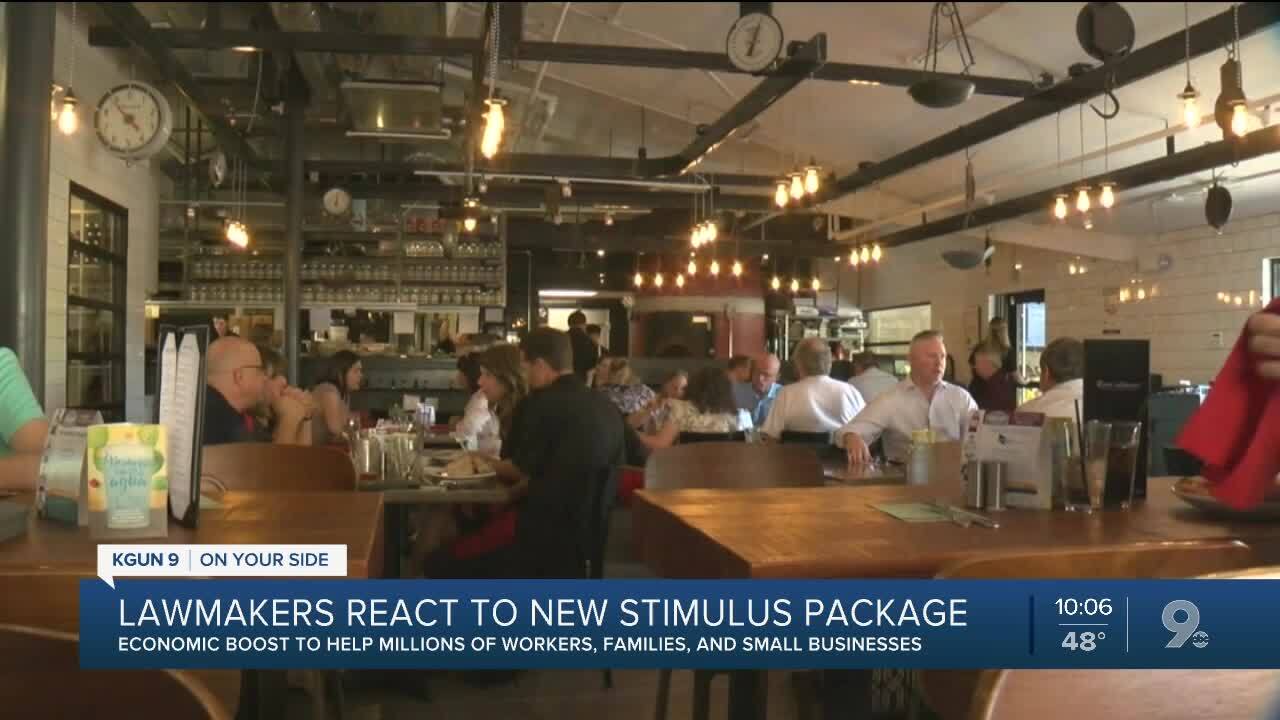 It is one that lawmakers, like Senator Martha McSally, hope will help some of the coronavirus pandemic’s economic fallout.

“Who knew with the strongest economy in the world, we’d be asking people not to work,” said the Senator.

Senator McSally says she is relieved that help for millions of workers, families, and small businesses is on the way.

THIS APPLIES REGARDLESS OF WHETHER OR NOT YOU’VE BEEN LAID OFF.

She says the economic boost will also increase unemployment benefits.

“In Arizona it's $240 a week right now, maximum. We’ve passed that up by $600. So that’s $840 a week and we have expanded who it applies to. So it also includes independent contractors, self-employed, part-time employed, gig economy workers,” she said.

In terms of small businesses, it is providing forgivable loans.

Here’s what it means for those that have one to 500 employees.

“You can go into your local bank or credit union and you then can use that to pay for payroll, pay salaries, and pay for overhead. So things like rent, mortgage, and utilities,” added Senator McSally.

KGUN9 also reached out to Governor Ducey and Congressman Raul Grijalva on their thoughts about the new stimulus package.

“This bill was something that was a necessity. It was urgent. And...and I’m glad that Congress did it,” said Congressman Grijalva.”

“I’m thrilled that President Trump has passed this stimulus package. We can start getting dollars to Arizonans,” added Governor Ducey.

It should also be noted Governor Ducey issued an executive order temporarily suspending evictions and foreclosures.