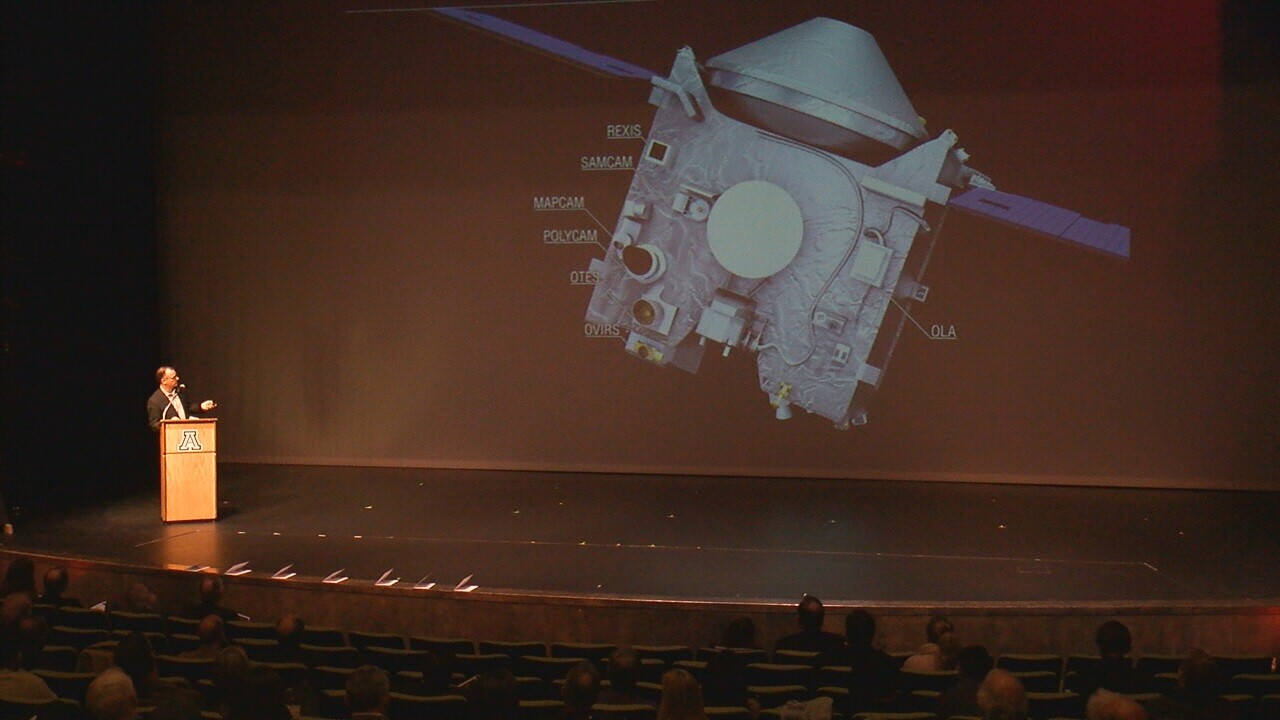 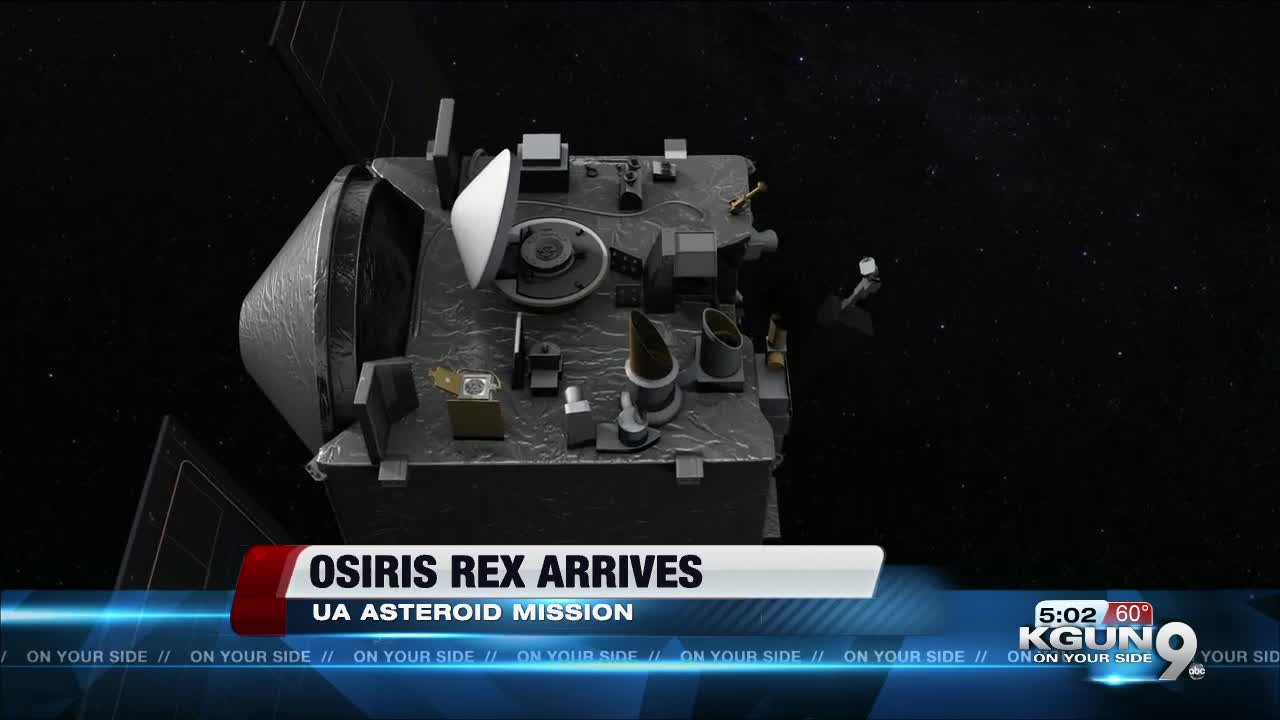 TUCSON, Ariz. - One of The University of Arizona's greatest achievements is millions of miles away tonight.

The Osiris Rex space probe arrived at its target this morning: The asteroid Bennu.

After a launch more than two years ago, hundred of people who've poured their own years into Osiris Rex had the moment they've waited for.

A lead flight controller at the Lockheed Martin control center in Colorado looked at an instrument panel and announced, "We have arrived.”

The applause at the control center in Colorado was echoed at University of Arizona. UA leads the Osiris Rex mission. It's the second mission UA scientists have led. NASA has not allowed any other university to lead even one.

Just reaching Bennu is achievement enough, but there's even trickier work ahead: Studying the asteroid for a year and a half, then easing down to grab a sample and bring it back to Earth.

He calls it: “Probably the best Christmas you could ever imagine as a little kid when you've run out to see what Santa Claus brought you. I think that's the closest analogy I can think of. It's Christmas in September 2023."

The sample could bring the gift of knowledge about how the planets formed. Scientists believe asteroids like Bennu are frozen samples of the early planets.

Osiris Rex carries a camera able to see objects as small as a penny. Those optics came from the College of Optical Sciences and a lot of other departments in the university have a piece of space science.

Chemistry, for example can help understand what the asteroid is made of and whether it holds some of the raw material for life.

"As we start thinking about having a human go to Mars there will be medical issues involved with that so it all comes together and it's the great value and power of a large research university to help to answer and discover and answer some of these really major questions."

And the Osiris Rex project works to bring more students into science careers. Like Keara Burke--she is a UA senior with a critical job. It's up to her to chart the location of any rock that could damage the probe when it eases in to grab the sample at the heart of its mission.