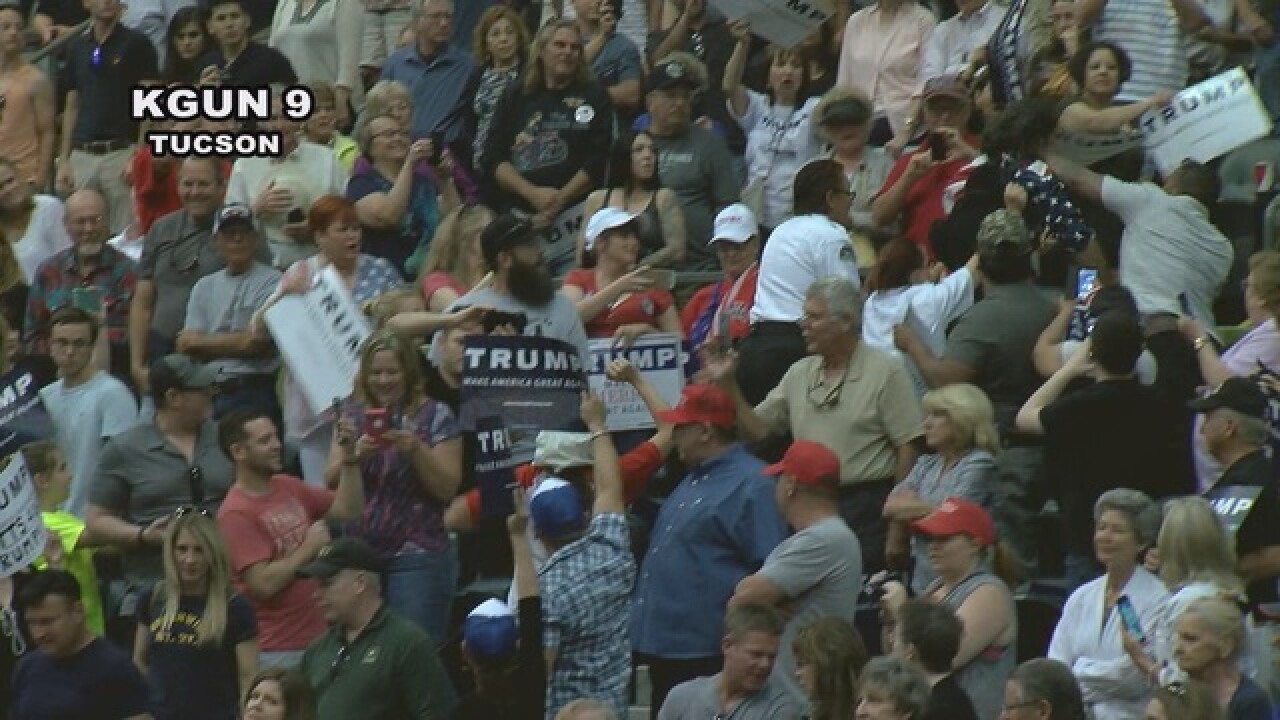 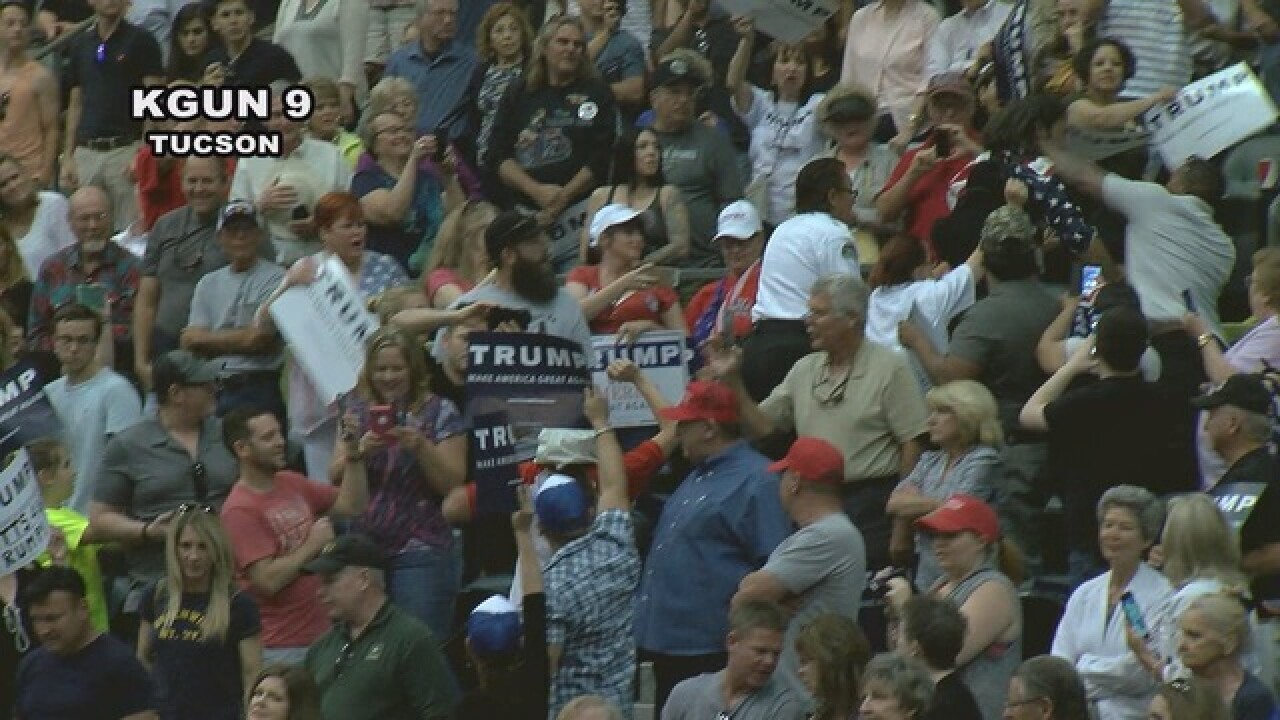 TUCSON (KGUN9-TV) - Thousands of supporters and protestors showed up for the Donald Trump rally at the Tucson Convention Center on Saturday afternoon.

However, one of those protesters received an unexpected blow from another rally attendee.

Check out the crazy video in the player above.

Tucson Police arrested the man who attacked the protester. He has been identified as 32-year-old Tony Pettway, charged with Assault with Injury.

The incident began with two protestors being led out of the rally by security as Trump called them "disgusting."

The man was holding a sign showing Trump's face with part of the Confederate flag over it and the woman had on a white pointed hood.

As they were led out to jeers and boos from the crowd, a man in the crowd attacked the male protester.

The man knocked the sign out of his hand, punched him twice and kicked him three times before being arrested.

Thousands of Trump supporters, protestors show up for TCC Rally