Ducey: Arizona to stay in Phase 1 of reopening plan 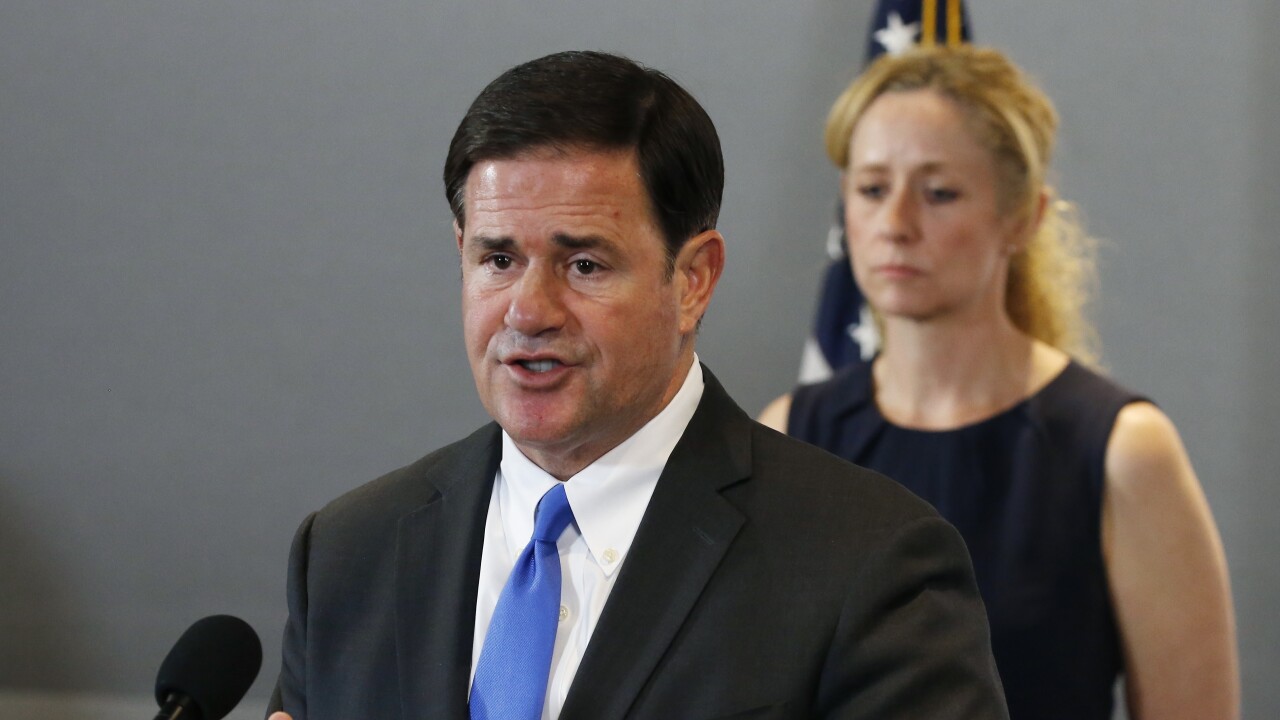 Ross D. Franklin/AP
Arizona Gov. Doug Ducey, left, answers a question as he is joined by Arizona Department of Health Services Director Dr. Cara Christ, right, as they provide an update on the coronavirus during a news conference at the Arizona State Public Health Laboratory Monday, March 23, 2020, in Phoenix. (AP Photo/Ross D. Franklin)

Watch the full press conference below:

Among the topics addressed, Ducey hinted at the idea of opening camps during the summer and opening schools in the fall, saying he's working on a plan with state education leaders.

Ducey also unveiled a number of statistics, including the amount of open ICU and hospital beds, ventilators available to patients and state unemployment numbers.

"Arizona's plan is working and we are going to proceed with caution," the governor said to wrap up the press briefing.

The governor said the state remains in phase one in its effort to reopen.

Arizona’s “stay-at-home” order was lifted on Friday when Gov. Ducey chose not to extend it past the May 15 end date.