By: Craig Smith , KGUN 9 On Your Side 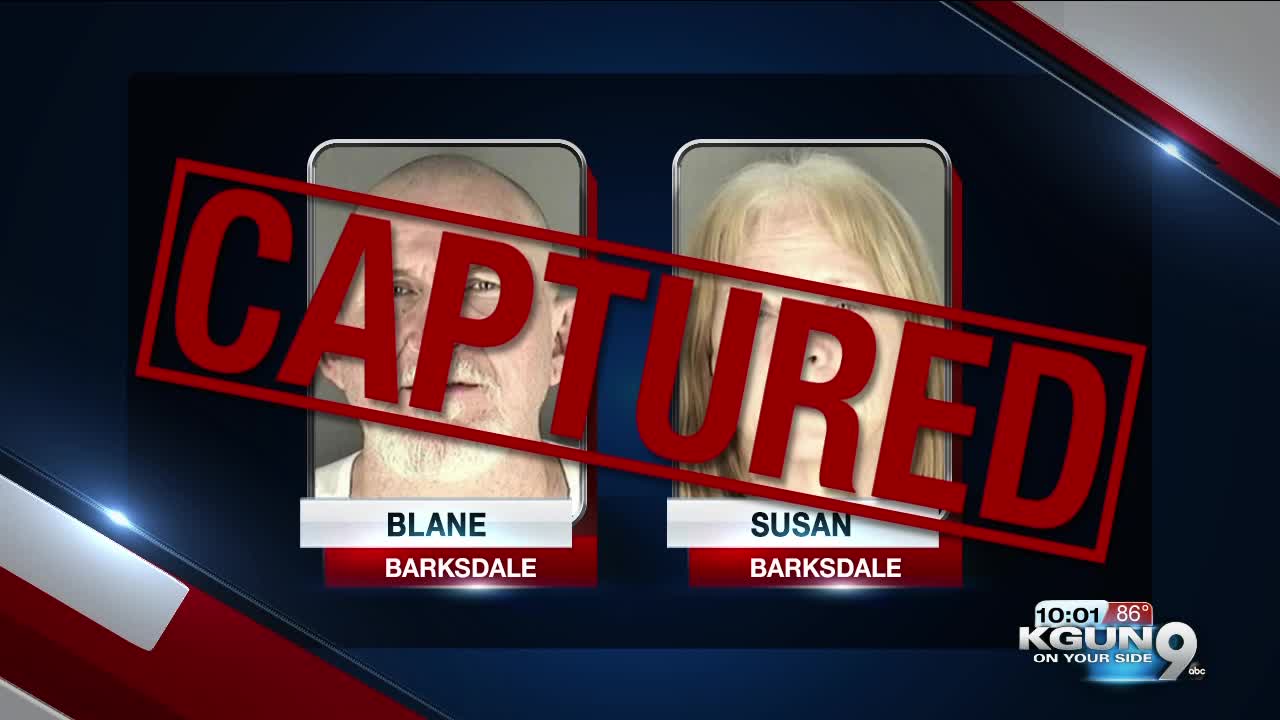 A tip led to the Barksdales in a tiny community 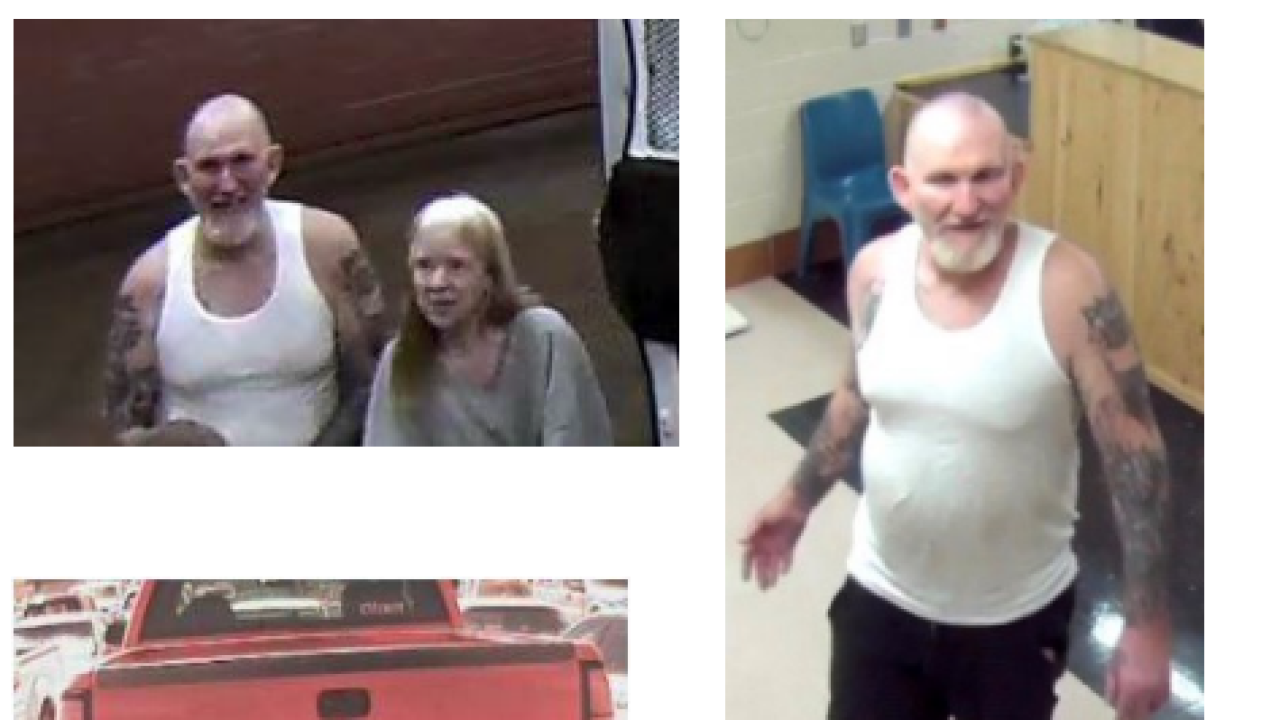 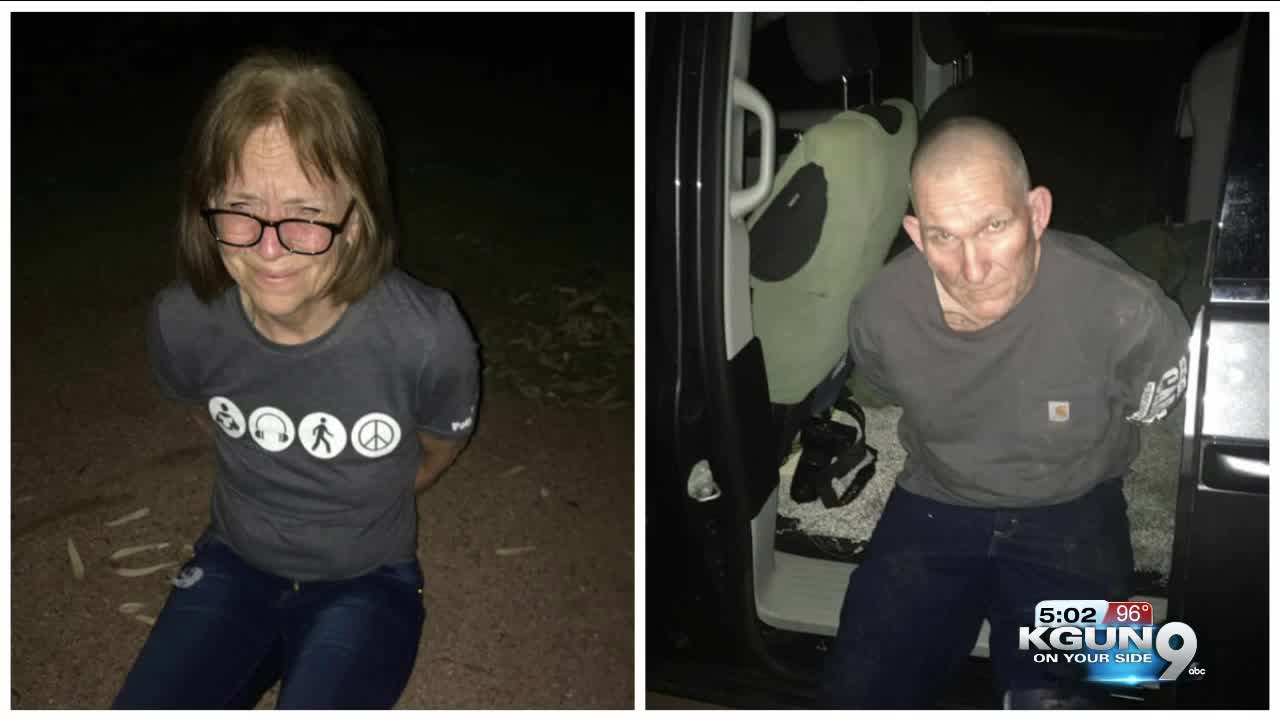 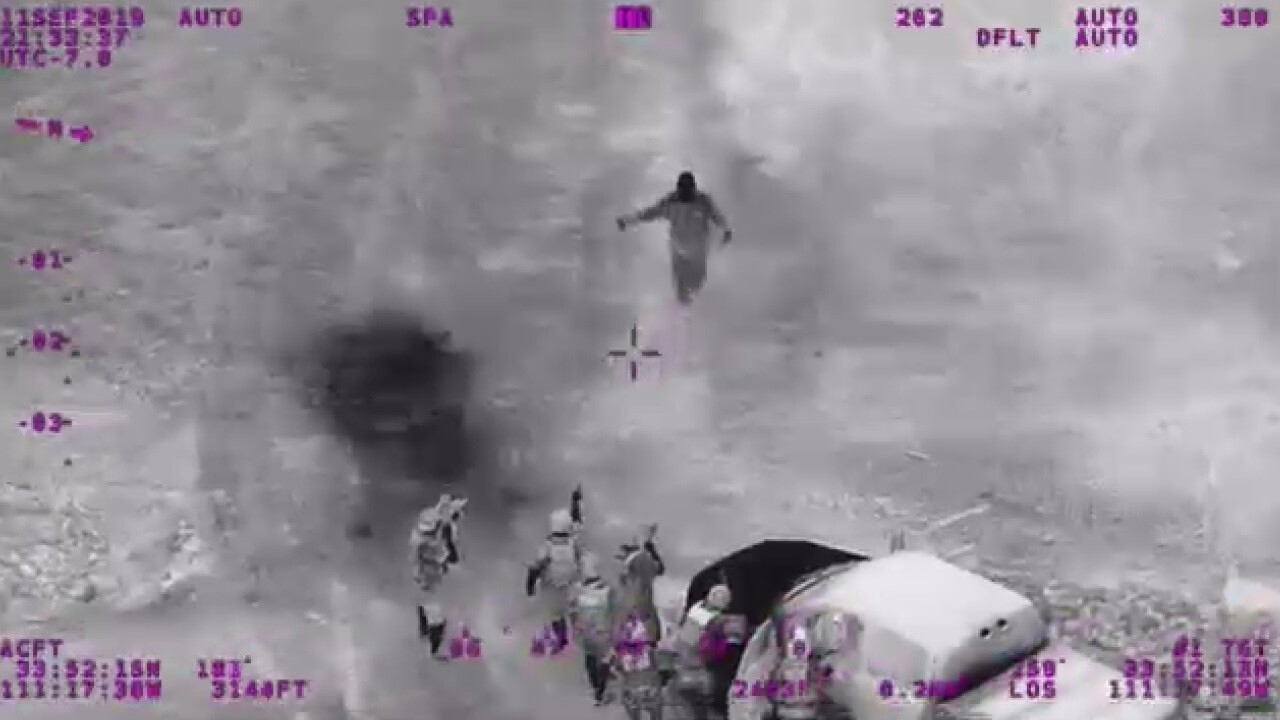 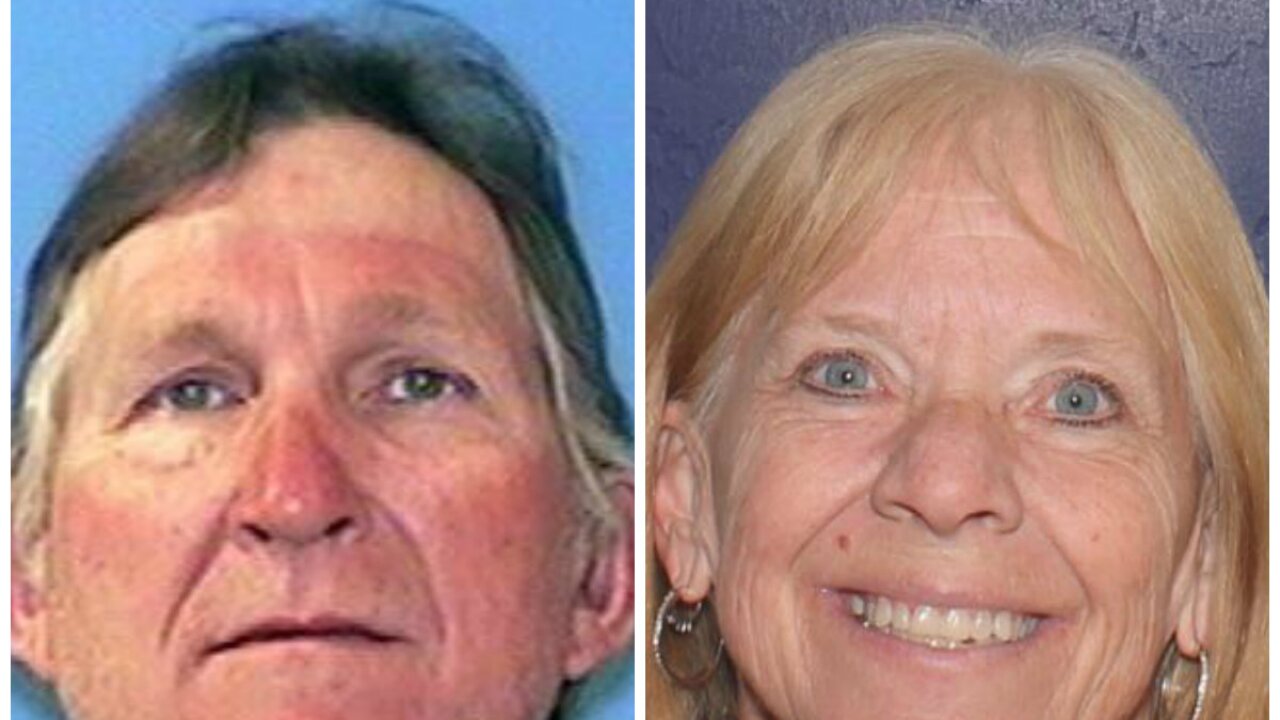 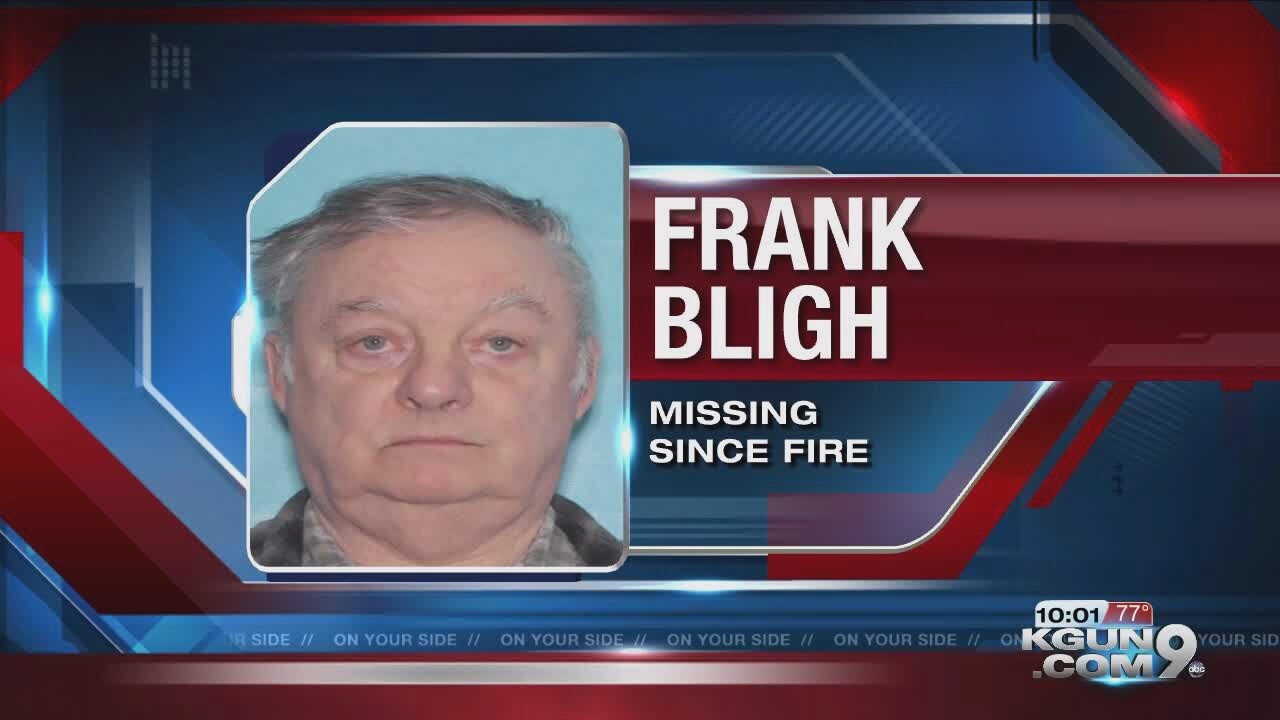 Blane Barksdale was on a list of the 15 Most Wanted Fugitives in the nation.

US Marshals, and a long list of agencies nabbed the couple missing for more than two weeks after they overwhelmed two civilian guards bringing them from New York State to Tucson for prosecution.

They’re a married couple, murder suspects and they were fugitives. At the Federal Courthouse in Phoenix, U.S. Marshals described how they brought in the Barksdales.

In a news conference Thursday morning, U.S. Marshal for Arizona David Gonzales said it started with a tip that the Barksdales may be in the area of Tonto Basin, just north of Roosevelt Lake. The tipster said the Barksdales may be at the home of an acquaintance -- a man on probation for drug offenses.

Video from an Arizona DPS helicopter shows how Blane Barksdale seems to be surrendering, but then he makes some threatening moves that lead to a hit from a TASER and a blast from a beanbag gun that bring him down.

A tip led the Marshals to a tiny place called Punkin Center on the edge of the Tonto National Forest. It’s a place for people who like the remote lifestyle.

U.S. Marshal David Gonzales says in this case a tipster said check out a friend of the Barksdales on probation for drug charges.

“This one was really intriguing because it fit the profile of staying in a remote area with individuals that thought and had the same background as they.”

U.S. Marshals say they believe initial tips that the couple was somewhere near Snowflake were accurate, but they later moved to the home at Tonto Basin.

Authorities now say their investigation will focus on those who helped the Barksdales avoid capture, or provided aid to them after they escaped custody late last month.

The Barksdales' crime spree began in April, when police say they robbed and killed Tucson resident Frank Bligh and burned down his home. From there, they allegedly fled across the country before authorities apprehended them in Syracuse, New York.

The Pima County Sheriff's Department hired a private security company to extradite the Barksdales back to Arizona. In Utah, Arizona's U.S. Marshal David Gonzales says the Barksdales were able to overpower the two guards with them, then drove the prison van back to Arizona with both guards and another inmate inside.

Somewhere around Show Low, someone lent them the GMC pickup truck, Gonzales said.

Tucson Police Captain James Scott is leading the murder case. He remembers when he heard the Barksdales escaped.

“When I was advised of it that night you can imagine what came out of my mouth. But in the same sense, like I said up here when I knew the Marshals were going to be looking for them I was able to sleep that night.”

Assistant Chief Deputy Marshall Van Bayless says once Blane Barksdale calmed down and accepted he was in custody to stay he had some almost friendly advice.

"He told a trooper and myself, be safe out there. It's dangerous."