UArizona touches an asteroid to bring some of it to Earth 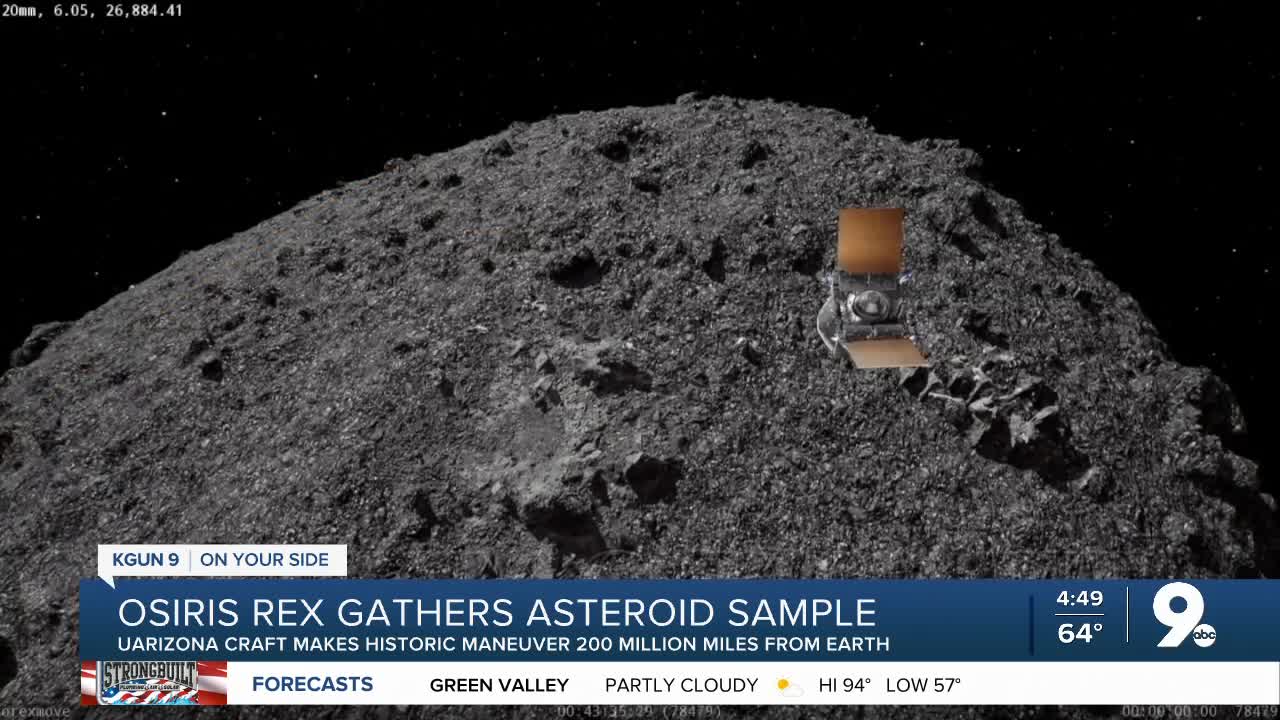 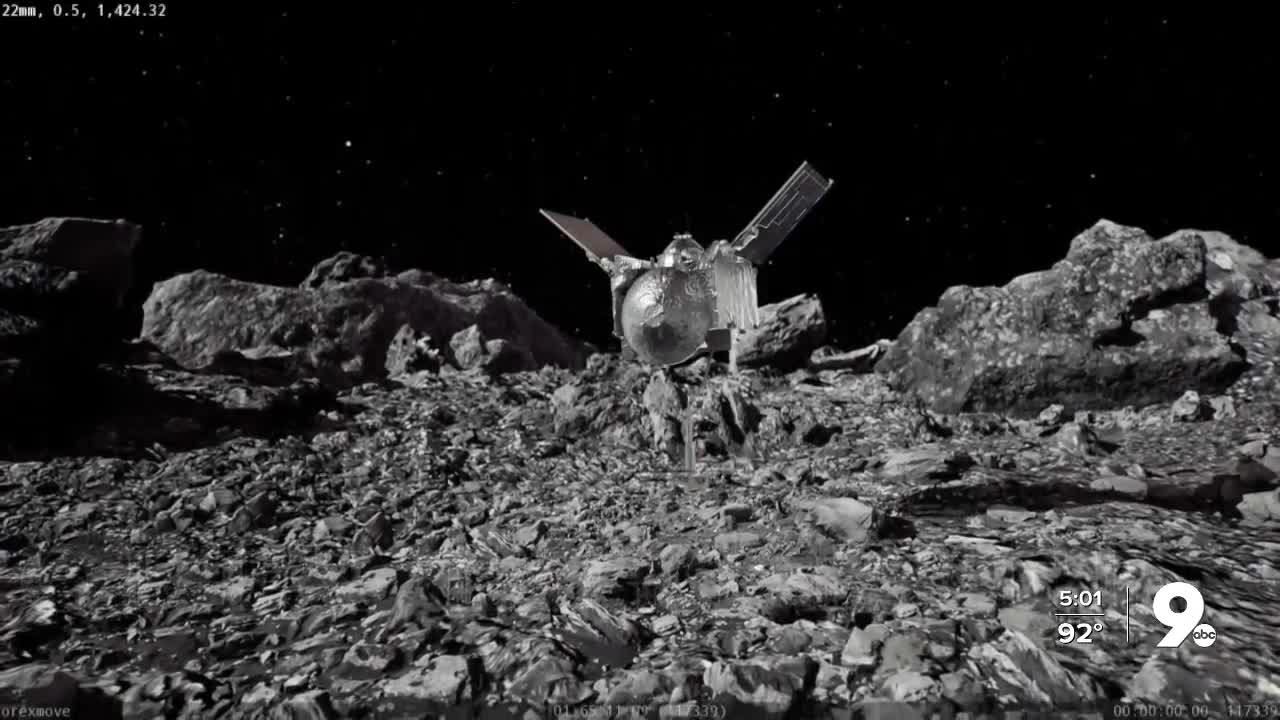 TUCSON, Ariz. - The University of Arizona has just reached across 200 million miles of space to touch an asteroid.

The Osiris Rex spacecraft has just made the move to grab a sample and bring it to Earth where it may help explain how the Earth and life formed.

University of Arizona scientists designed Osiris Rex for the most challenging game of tag ever-----after sizing up the asteroid Bennu for about two years, the spacecraft eased in for a touch that lasted less than five seconds.

University of Arizona Planetary scientist Dante Lauretta has worked on the mission for sixteen years. He leads it now. The 200 million mile distance created an 18 minute communications gap---too long for any human to steer the spacecraft---so Lauretta had to trust Osiris Rex sensors and programming to safely guide it in.

“A little overwhelmed right now. That’s all I have to say. It’s been pretty intense several minutes here. I can tell you that everything went just incredibly perfect. Which is kind of the hallmark of this team.”

But this team found Bennu was an even bigger challenge than they anticipated.

“I’m looking at the images more closely and it was like, Oh, this was not what we expected at all. How are we going to deal with that?”

They expected an asteroid like a sandy beach where a sample would be easy to vacuum up and there would be no dangerous obstacles to dodge. When Osiris Rex flew closer they saw boulders as big as buildings.

Polit helped lead the team that found a site where a spacecraft the size of a large passenger van could steer itself past the dangers and safely grab a sample.

But the team and the spacecraft have more challenges ahead. Osiris Rex still has a three year trip home to Earth to safely deliver the samples.