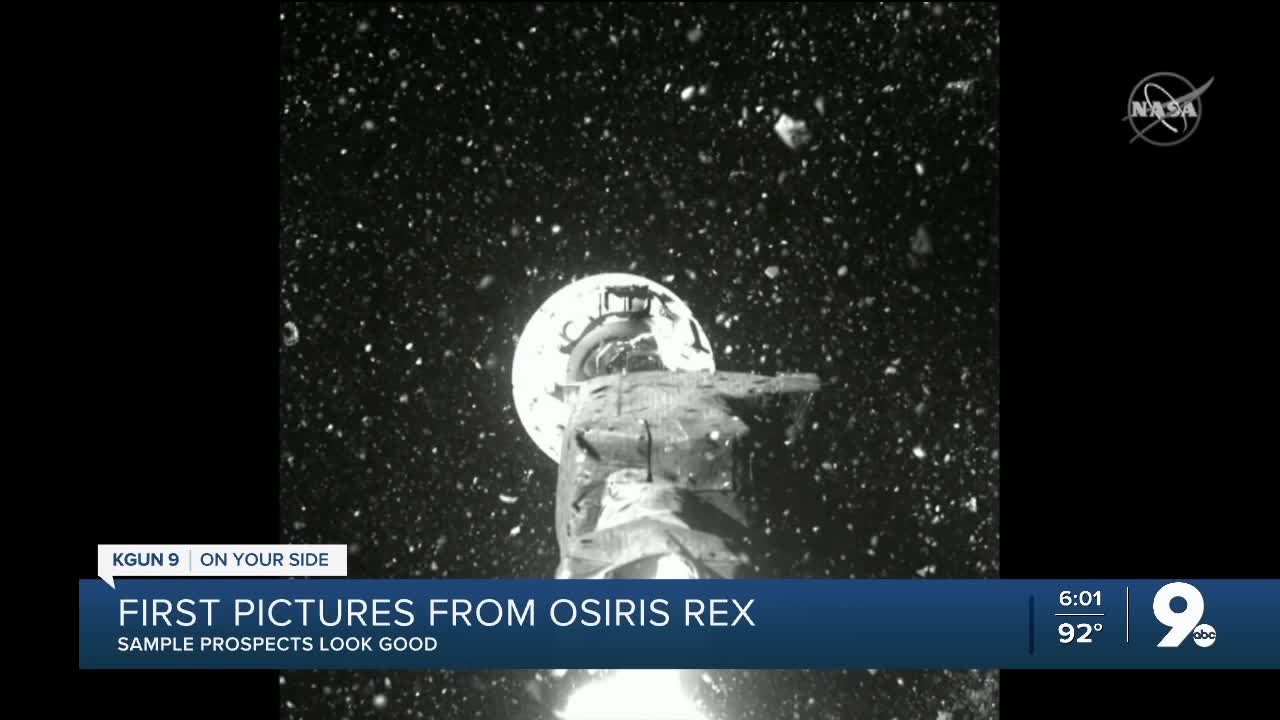 TUCSON, Ariz - The University of Arizona’s Osiris Rex mission looks like a success and the pictures just came in to prove it. Mission managers say the spacecraft has exceeded expectations all the way.

When the asteroid Bennu turned out to be rockier than expected, scientists worried Osiris Rex might have trouble picking up the samples it came for. Those samples, undisturbed in space, could offer clues to how the Earth---and life formed.

We actually saw simulations on Tuesday’s touchdown day. The spacecraft needed all its data capacity to maneuver-- there was no space to spare to send pictures. Now the real pictures are in. They show the pick-up probe sank into a soft surface, and a blast of nitrogen gas from Osiris Rex stirred up lots of asteroid dust to vacuum up and bring home.

University of Arizona’s Dante Lauretta is leading the science part of the mission. He says, “We really did kind of make a mess on the surface of this asteroid but it's a good mess. It's the kind of mess we were hoping for-- lots of materials has been mobilized, giving us additional confidence that we actually pushed material up into the sampler head.”

UA designed the mission and NASA funded it. The samples are due on Earth in about three years. When they arrive, NASA officially owns the samples, but for its leading role, the University of Arizona is slated to get 25 percent of what the spacecraft brings home.

Lauretta says, “The University of Arizona will be a central organization in the analysis of the return material. We've got new laboratories that we've installed over the last couple of years, a new instrument being developed right now that we're really looking forward to analyzing material with.”

But Lauretta says scientists around the globe will work to unlock the secrets of material brought to Earth through an idea that began at the University of Arizona.