UArizona senior's passion for computer science, after growing up without computers 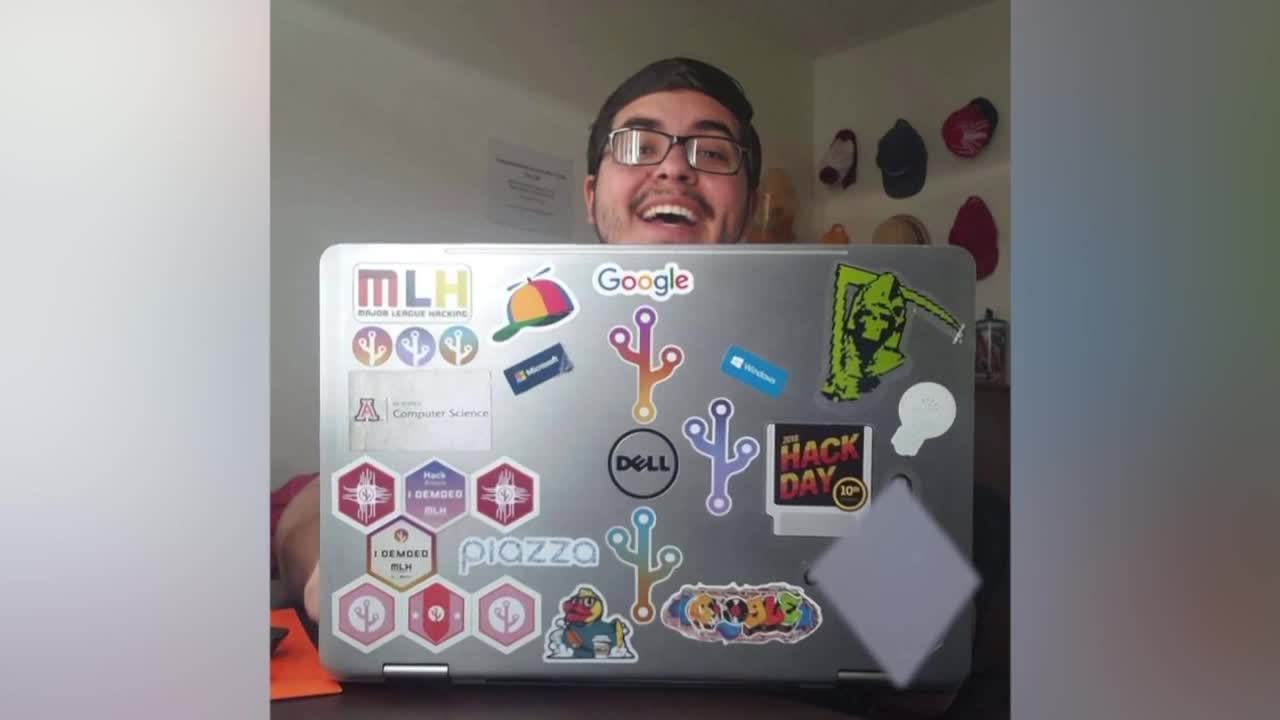 University of Arizona graduating senior, Angel Aguayo grew up with no computer nor internet in his household. His only access until then, was in his computer labs in school. That's where his love for computers and programming began.

TUCSON, Ariz. — University of Arizona graduating senior, Angel Aguayo grew up with no computer nor internet in his household. His only access until then, was in his computer labs in school. That's where his love for computers and programming began.

"I just absolutely loved how that worked and stuff because I never really had experience with it before and so that was my only chance to interact with computers really up until high school,” said Aguayo.

Another love of his is music; picking up the flute for the first time in fifth grade. That passion led him to enter UArizona as a music major.

"I immediately joined the marching band and the wind symphony and I also auditioned for the pep band, which thankfully, somehow I got in. I didn't think I was going to get in,” said Aguayo.

But his interest in technology and computers ultimately led him to choosing majors in computer science and math. Which also led him to where is is today, three months away from starting a job at Google.

"Actually throughout my whole college career, my dream company had always been Microsoft.” said Aguayo. ”In my head, I was like, 'Oh, Microsoft's the dream company, let's go with that.' But, in my gut it was like, 'You've got to go with Google, man. It’s going to be something you will regret if you don't it.'"

But amid the pandemic, Aguayo is one of many students not walking across a stage right when they graduate this year.

"I've gone through four years of college and I've had some really tough times, and I as really looking froward to the graduation as sort of like a, "Hey, you did it! Good Job!" But of course, sadly, it's going to be a virtual graduation now,” said Aguayo.

During his college career, Aguayo struggled with depression but overcame. And with a job lined up and a bright future ahead of him, he holds this statement close to his heart: "Seven times down, eight times up. Always stand up after you get knocked down and keep going. It'll be worth it in the end."

UArizona is set to have in-person commencement ceremonies in October.